What is the PC Specialist Optimus VIII?

British companies such as PC Specialist are trying to put a dent in the domination of companies such as Acer and Dell, and the 15.6-inch Optimus VIII has a great chance of stealing some market share: it costs just £999 but packs both Nvidia’s and Intel’s latest and greatest.

But a lack of polish, particularly in terms of design, means it doesn’t quite steal a march on the competition.

This machine packs Nvidia’s GeForce GTX 1050 Ti, which is one of the Pascal range’s more modest graphics cards. It’s designed for 1080p gaming – handy, given its screen resolution – and is particularly adept at AAA games at Medium settings and all the eSports you can throw at it. 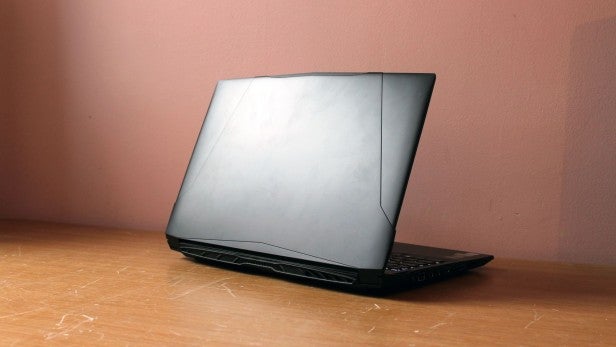 PC Specialist’s machine falls between its two rivals at the checkout, but the rest of its specification is impressively ambitious. The Core i7-7700HQ is a quad-core processor, and it’s the same chip as the Dell. The Samsung SSD is an NVMe drive that should outpace the plainer SATA drives inside both rivals, and there’s a large 1TB hard disk as well.

The only misstep is the memory. Although there’s 16GB inside this machine, it’s of the single-channel variety, rather than dual-channel DDR4 – and tests show that single-channel systems are slower. In addition, it only runs at 2133MHz, which is pretty sluggish. 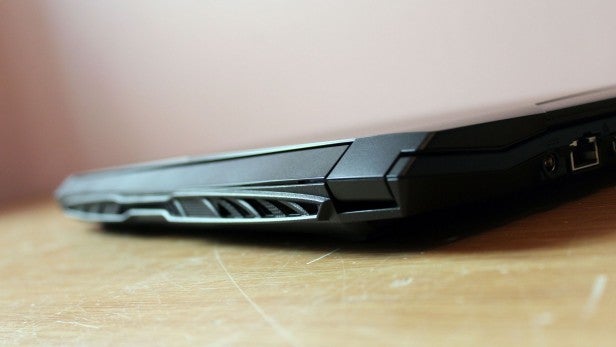 Thankfully, PC Specialist offers a wealth of customisation options. It’s easy enough to switch out the memory and bump up the storage, and it’s possible to upgrade to a 4K screen or downgrade the processor – handy, if your budget or priorities differ to this spec. Neither rival offers this level of customisation, although Dell offers a cheaper Inspiron 15 7000 Gaming with a GTX 1050.

PC Specialist’s warranty is more generous than rivals, too. The Optimus is protected by a three-year labour deal with a year of parts coverage – whereas the Dell and Acer offer only one year of coverage.

PC Specialist doesn’t design its own laptops. Instead, this machine’s exterior comes from Taiwanese designer Clevo. Chassis from Clevo and MSI is normally the favoured route for  UK-based firms that don’t have the scale to build their own machines from the ground up.

There are downsides to this approach. The Optimus is plain, with no lighting beyond the keyboard and no exciting design elements – the Dell has red logos, soft-touch material and smart red air vents, while the Acer has its own gaudy vents and red accents too. On the plus side, the lack of any accents will appeal to those after a more subtle design. 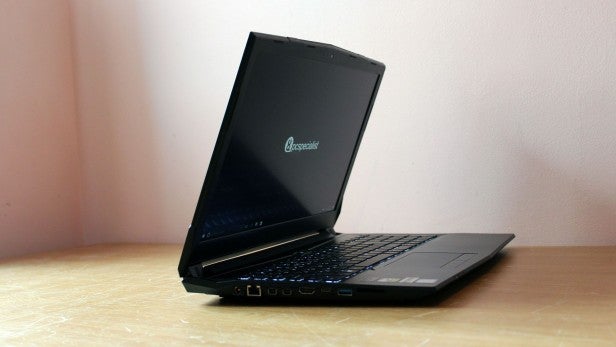 The Optimus is no larger or chunkier than its rivals – its 2.5kg weight undercuts the Dell, and its 27mm body falls between the competition. Build quality is middling. The wrist-rest and screen flex a little, and there’s more movement in the base panel. The hinge feels strong, but it can’t be pushed upwards without tipping the laptop, and there are visible seams everywhere. Its rivals don’t only look better – they’re better-built, too.

Pleasingly, PC Specialist has no problem with customers cracking open the Optimus to swap and add components. There’s a spare memory slot and an empty 42mm M.2 connector that works with SATA-based storage, and the battery is removable. The storage is accessible, and the cooling gear is basic but easy to clean.

On the sides, there are two USB 3 ports and a USB 2 connector, and display outputs include an HDMI port and two mini-DisplayPort sockets. There’s USB 3.1 Type-C, too.