Throughout
2011, Panasonic’s plasma TVs have been the sets to beat – especially where 3D
is concerned. But now that we’ve recently seen a slew of new 3D TVs from other
brands, the question of whether Panasonic’s sets still hold their own
against the newer kids on the block has to be asked.

To find
out, we called in Panasonic’s TX-P46GT30: the mid-sized model from Panasonic’s
GT30 range. As a middle-weight contender, it’s potentially the perfect option for many mainstream
households trying to square financial and space constraints with an
understanding that when it comes to 3D TVs, size matters.

Having
been surrounded by Samsung TVs recently, it has to be said that the P46GT30’s
aesthetics look a touch dour. But then, to be fair, almost any TV looks dour
compared with Samsung’s range, especially its high-end plasmas and LCD models.
And once you’ve gotten over that Panasonic’s screen is mostly black and
its sculpting mostly straightforward, you can start to appreciate that its
bezel is impressively trim for a big plasma TV, and that it’s actually phenomenally
well-built. 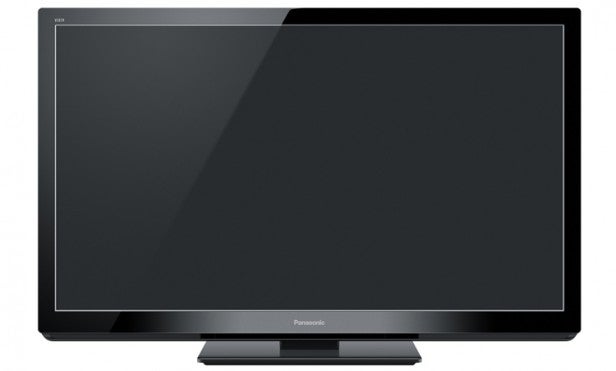 The
P46GT30 comfortably holds its own where connections are concerned. Four HDMIs -
built to the v1.4 spec, naturally – dominate proceedings, but it’s also great
to find a trio of USBs for playing back a decently wide variety of video, music
and photo file types or for recording to USB HDDs from the HD tuners. Even
better, the set provides both LAN and Wi-Fi (via a sadly-not-included USB
dongle) facilities for either accessing content stored on a DLNA-enabled PC or Panasonic’s Viera Connect service.

At first glance, the version of Viera Connect on the P46GT30 looks like the same old same old. Which is to say you get an unusually easy on the eye interface, but a rather low level of content compared with rival services. And a sense that the interface might struggle to cope with lots more content.

However, we then spotted that the Viera Connect ‘Marketplace’ box was showing that it had a few new items in it. And exploring this further turned out to be a revelation, as it turned out that it played host to a large amount of new content. Among the highlights were a trio of startlingly well-presented and actually rather playable games from Gameloft: one racing game, one golf game, and card classic Uno.

We were also impressed to find a wealth of new video content from the likes of Viewster, DailyMotion, BBC News, CNBC, EuroNews, and Indian movie channel BigFlix. Plus there’s a new shopping section where you can buy a trio of joysticks designed to work with the Gameloft titles, Panasonic’s wireless LAN adaptor and Skype TV camera, (expensive) pairs of Panasonic’s 3D glasses, and even a couple of USB keyboard options.

In total we found 60 services and apps in the Marketplace (including social networking options such as Skype, Facebook, Twitter and Picasa), which constitutes a real leap forward for Panasonic. And we know for a fact that there are still more – including one that lets you get on a
treadmill while the TV shows you any location in the world you fancy courtesy
of Google World – still on their way.

The
P46GT30 is endorsed by both the Imaging Science Foundation (ISF) and THX, so
it’s no great surprise to find it packing both a decent suite of calibration
tools and dedicated Professional (ISF) and THX picture presets. Among the set
up aids are adjustments for the set’s gamma level and a degree of colour
management.

There are certainly more fulsome calibration toolsets available
elsewhere in the TV world, including on Panasonic’s own VT30 series. But so far
as we’re concerned there’s more than enough flexibility here to satisfy a
typical mainstream user.

In fact,
we’d venture to suggest that any ISF-certified TV will have more flexibility in
its set up than your average user will ever dream of needing.

It’s also
a handy fact that the THX mode, while not absolutely perfect (in that it looks
a touch soft and tends to push orange a little hard for our tastes) is
nonetheless a much more successful preset for watching HD movies than any of
the factory-established presets you usually find on a TV. 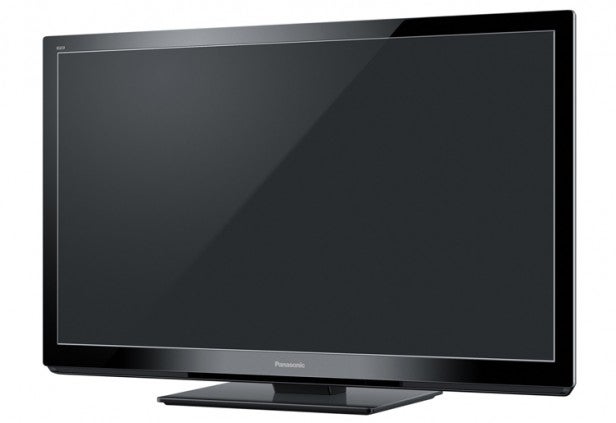 The panel
inside the P46GT30 is one of Panasonic’s new NeoPlasma affairs, meaning that it
benefits from that panel’s pretty much wholesale improvement to everything from
colour and contrast to brightness, power efficiency and response/decay time -
the latter point being crucial to keeping dreaded crosstalk ghosting noise out
of 3D pictures.

In fact,
it’s the P46GT30’s freedom from crosstalk that remains to some extent its
single strongest suit versus all the other 3D TVs that have come our way in the
course of 2011. There really is hardly any of the double ghosting to be seen
anywhere, not even when watching Sky’s side-by-side 3D broadcasts.

We can’t
go so far as to call the P46GT30 ‘crosstalk free’, as there are discernible
signs of it every now and then. It’s still visible during Tangled’s always-revealing lantern sequence, for instance. But ‘discernible’ and ‘visible’ are a million miles from the
levels of sometimes quite egregious crosstalk noted on many rival TVs, and for 95 per cent
of the time it’s so subtle when it does appear on the P46GT30 that you really
have to be looking for it to become distracted by it.

The only extra point to add here is that we strongly recommend turning off Panasonic’s Intelligent Frame Creation system while watching 3D, as leaving it on appears to slightly increase crosstalk.

The
P46GT30’s 3D performance is also done no harm by the extremely deep and
believable black levels the set achieves, which immediately creates a more
‘film-like’ environment for the 3D pictures to work within.

Thanks to the set’s plasma technology, there’s none of the backlight
inconsistency you sometimes get with edge-LED TVs. This kind of backlight ramps up
brightness levels to compensate for the dimming effect of active shutter
glasses. There’s even a fair degree of shadow detail visible in dark areas
during 3D viewing, proving the worth of the improvements Panasonic has wrought
to its plasma technology since its 2010 models.

The extra
brightness Panasonic has been able to tease out of its 2011 screens
additionally helps deliver more colour vibrancy and general ‘punch’ to
Panasonic’s 3D images. Though before you get too carried away by this discovery,
it has to be said that the P46GT30’s 3D pictures don’t look as bright and
punchy as those from Samsung, Sharp and LG. They also don’t look quite as full
of detail as those witnessed recently on the Samsung PS51D550, PS51D8000 or
UE46D8000.

Colours
still look natural and subtly delineated even if they’re not as dynamic as
some, though. And overall, the P46GT30’s freedom from distracting crosstalk
noise and its extreme black level response are enough in themselves to continue
Panasonic’s reign as our 3D TV of choice.

The
P46GT30 is also a mighty fine 2D TV. Without any 3D glasses on pictures look
much more dynamic, with good colour vibrancy and reasonably potent peak whites
sitting side by side with the stunning black levels that have become a
Panasonic plasma trademark. 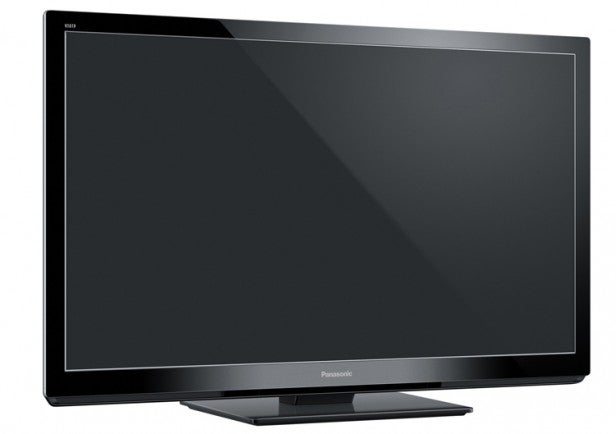 The
slight loss of detail noted during 3D viewing disappears when watching 2D HD on
the P46GT30, leaving such pictures looking excellently sharp without this
sharpness leading to the exaggeration of source noise.

There’s
some pretty exquisite subtlety in the way the P46GT30 renders HD colour schemes
too, helping them achieve a level of naturalism and depth that’s very unusual
to find on a TV at the P46GT30’s mid-level price point. Motion
generally looks great on the P46GT30, not least because the set’s plasma
technology pretty much precludes the sort of blurring and smearing that you see
with many LCD TVs.

The only
exception to this is that the set struggles with a bit of judder when watching
standard definition 50Hz feeds. This can be tamed pretty successfully by
calling in the set’s provided Intelligent Frame Creation motion processing
system, though if you’re one of those people who hate such systems on
principle, this probably won’t seem like a very satisfactory solution.

With the
P46GT30 serving up some extremely watchable standard definition pictures,
the only other small problem we could find was that occasionally the set’s
brightness level seemed to ‘pulse’, for want of a better word. But while we know
some people have found themselves getting quite irritated by this, we
personally didn’t find it happening often or severely enough to really be a
problem. Certainly not enough of a reason in itself to turn our backs on the
other immensely positive qualities the P46GT30 brings to the table.

Many
potential buyers of the P46GT30 will be keen to use it as a gaming monitor as
well as a TV. So it’s nice to be able to report that we measured a mere 26ms of
input lag using the screen’s game mode, which is low enough to preclude any
serious lag-related problems with your gaming performance.

Wrapping
up with the P46GT30’s sound, it’s better than that of most mid-range 46in TVs -
a result most likely of the screen’s exceptionally robust build quality.
There’s a nice, open feel to the mid range, and the set has enough ‘breathing
room’ to expand its sound when pushed by an action scene. The only catch is that our test sample ran with a residual buzz – seemingly caused by some sort of fan-based cooling system – that occasionally could be heard during very quiet sequences.

While recent TVs from LG and Samsung in particular have reminded us that Panasonic could still do with injecting a little more brightness into its 3D pictures, overall the P46GT30 renews our belief that we as AV enthusiasts would rather watch 3D on a Panasonic plasma TV than any other TV right now.

And with the NeoPlasma technologies developed to improve 3D also boosting its 2D pictures to frequently sublime levels, it’s hard to think of a reason why the P46GT30 wouldn’t find itself at least bagging a spot on any serious TV buyers’ audition list.