Although it doesn’t often prove possible, when we can we really like to look at two products from different parts of a single brand’s range as close together as possible. And in the past week we’ve had exactly one such chance, as Samsung’s flagship PS51D8000 has been directly followed onto our telly test benches by one of the brand’s much lower-end models, the PS51D550. So we should be able to see much more clearly all the corners Samsung has had to cut to deliver the cheaper model.

These start with the PS51D550’s design, which certainly suffers in the presence of the sensational metallic splendour of the PS51D8000. Compared more fairly with other plasma TVs in its price bracket, though, it’s actually rather an attractive and well-built beast in its glossy black bezel offset by a transparent outer trim. The transparent neck of the stand is a tasteful touch too. 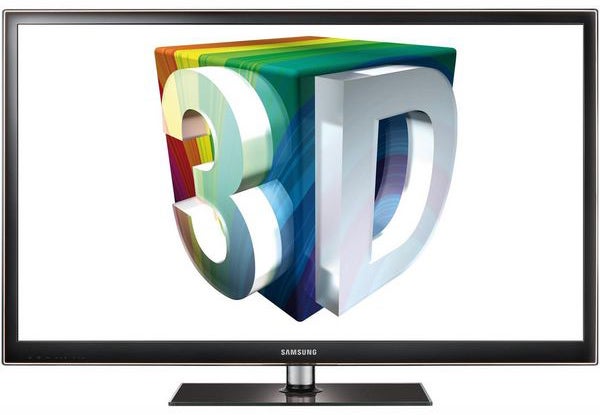 The PS51D550 initially appears not to have suffered any compromises when it comes to its connections. There are still four HDMIs, and these are still v1.4 affairs too, on account of the fact that the PS51D550 continues to offer active 3D playback despite its strikingly low price.

Also retained from the PS51D8000 are two USB ports, a D-Sub PC port and even a LAN port. The PS51D550 doesn’t get the flagship model’s built-in Wi-Fi, but this is only to be expected. And you can still add wi-fi if you want it via an optional USB dongle. There’s still a Freeview HD tuner too, even though we could just about have imagined this getting lost in the cost-cutting drive.

The Freeview HD tuner is not joined by a Freesat HD tuner like it is on the PS51D8000, though. And closer inspection reveals a much more potentially painful blow as it transpires that the LAN port is really only there to support the Freeview HD tuner. It offers neither DLNA PC streaming nor access to Samsung’s excellent Smart TV online service. 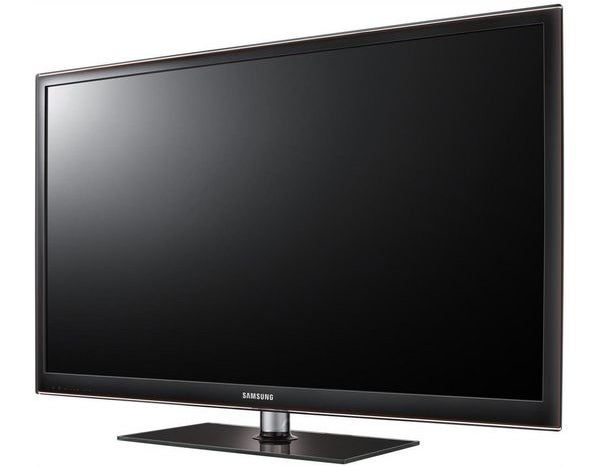 These are both large features to lose – assuming, that is, that you actually need them. For while there are people for whom extensive multimedia support is a must-have, there are doubtless also plenty of people out there who are far more interested in saving money than they are in being able to stream files and video from a PC or Samsung’s own online servers.

One more final ‘hidden’ compromise of the PS51D550’s connections is that its USB ports only play video, photo and music files; they can’t also be used for recording from the Freeview HD tuner to USB HDDs like they can on the PS51D8000.

When it comes to screen specifications, the PS51D550 is still a full HD affair promising a wonderfully named but also wonderfully vague ‘Mega Dynamic Contrast Ratio’. However, read the small print and crucially the PS51D550 doesn’t have the Real Black Filter found in the PS51D8000 – a fact which Samsung history suggests could have quite a negative impact on its black level performance.

Leaving the comparisons behind for a while for the sake of simplicity, the PS51D550’s onscreen menus are well presented and stuffed with a surprisingly plentiful supply of calibration tools. Among the more surprising discoveries on such a value-driven set are a white balance adjust with offset and gain tweaks for the RGB colour elements; a flesh tone adjustment; the facility to tweak the plasma cell output (as well as the contrast and brightness); and a Motion Drive circuit that adjusts the brightness in relation to how much motion the picture is showing. 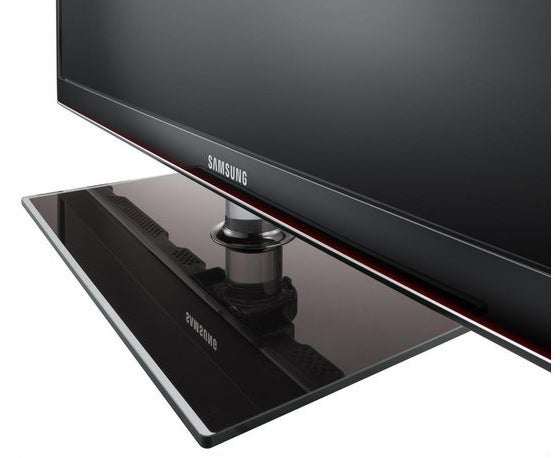 The key point about the cell output feature is that it allows you to boost the image’s brightness without, hopefully, damaging the screen’s black level response.

Unfortunately for the PS51D550, we tested the PS51D8000 first in our Samsung double header. As a result, the PS51D550’s pictures didn’t immediately impress. For there are a number of picture areas where the PS51D550 is clearly a few steps behind its more expensive sibling.

For a start, the picture looks quite a bit less dynamic. The naked eye can clearly see that the screen’s black level response is less extreme than that of the PS51D8000; dark scenes have a slightly grey-green look to them rather than the deeper, truer black colour seen on the PS51D8000. Also, colours are slightly less punchy and vibrant, as well as not looking quite so natural. Greens in particular look more muted and the image as a whole has a slightly green undertone, plus there’s a more orangey look to reds. 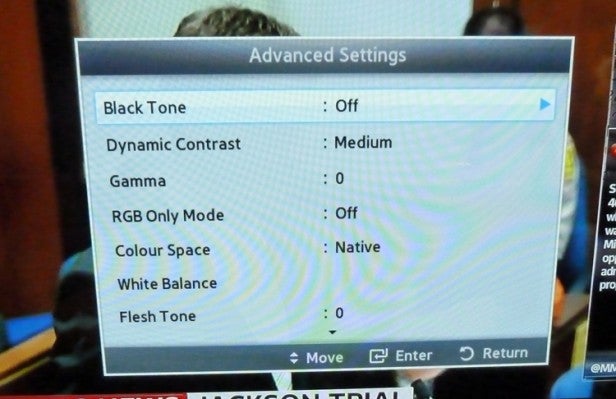 The PS51D550 is clearly a step down from the PS51D8000 where noise levels are concerned too, with marginally more plasma ‘fizz’ visible on the cheaper model. Plus its skin tones are less subtle and so occasionally look a little mannequin-like, and finally and perhaps most aggravatingly, the PS51D550’s screen is markedly more reflective of light in your room.

Of course, though, many people will not be able to afford the PS51D8000. Which brings us to how the PS51D550 stacks up against other 50-51in plasma TVs in its own price category. And in this context it becomes a very tempting proposition indeed.

Its pictures are, for instance, slightly brighter and more colour-intense than those of Panasonic’s ST30 Series, and considerably richer in black level than LG’s 50PW450T. It also handles motion more effectively and cleanly than either of these close rivals too, and its HD pictures look slightly more detailed – especially where 3D is concerned.

It’s worth reminding you, too, that the PS51D550’s contrast performance is streets ahead of that of any similarly priced affordable LCD TV you might care to mention, and that you can watch its screen from almost any angle you like without contrast and colour dropping off as happens with LCD screens. 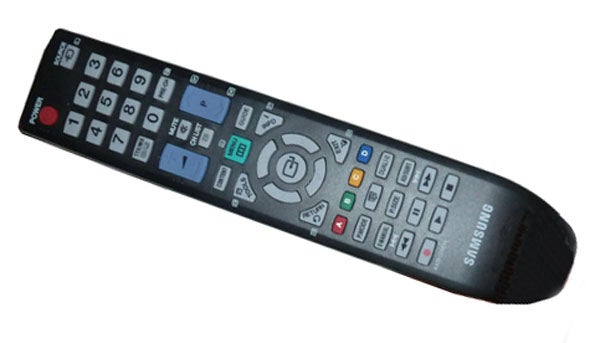 The PS51D550’s 3D performance also knocks spots off that of the LG 50PW450T, simply by virtue of the fact that it doesn’t suffer anywhere nearly as badly with the dreaded ‘crosstalk’ double ghosting noise. In fact, in a really quite bizarre turn up for the books, the PS51D550 suffers less with crosstalk than its own up-market PS51D8000 sibling, only really showing it in any significant way with particularly tough content like the lanterns sequence in Tangled, where you get really bright objects against very dark backgrounds.

However, before we get too carried away, the PS51D550 also suffers with more 3D crosstalk than Panasonic’s ST30 models, at least when showing dark scenes. 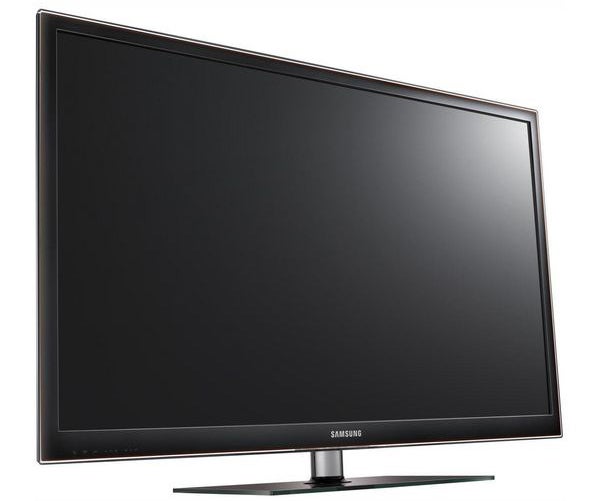 Two last points to mention briefly before wrapping up are that the PS51D550 measured a very respectable sub-30ms of input lag (meaning it shouldn’t present any significant issues for console gamers) and that its sound quality is entirely respectable, with a passably open mid-range and plenty of treble detail. Yes, bass is a little artificial sounding, and the mid-range can ‘buzz’ a little under duress. But overall the PS51D550’s audio can be considered above average for its market level.

Verdict
Just as the PS51D8000 showed how far Samsung has come since 2010 with its flagship plasma TVs, so the PS51D550 shows how far the brand has progressed at the value end of its plasma proposition, too. In fact, weirdly it’s actually a better 3D performer in some ways than its otherwise more illustrious flagship sibling!

There’s still room for further improvement certainly, but even as it stands today the PS51D550 is a great TV for its money, and one which comfortably deserves to be added to any audition list alongside Panasonic’s ST30 series.