As noted in the Design and Features section, surprisingly the L65WT600 ditches the passive 3D system used by all of Panasonic’s other 3D-capable LCD TVs this year in favour of the full resolution active system.

We weren’t sure initially that this would turn out to be a great decision given that passive 3D comes into its own on 4K TVs on account of the way having twice the number of horizontal lines in the picture enables you to get a true native full HD picture from 3D Blu-rays rather than the resolution-compromised 3D images you get with normal full HD passive 3D TVs.

However, the L65WT600 turns out to be a very good 3D TV indeed. The upscaling engine that has to turn the native HD sources into 4K for an active 3D picture work extremely well, underlining the qualities we noted with 2D upscaled footage and making 3D images look more detailed than they look with the passive system. 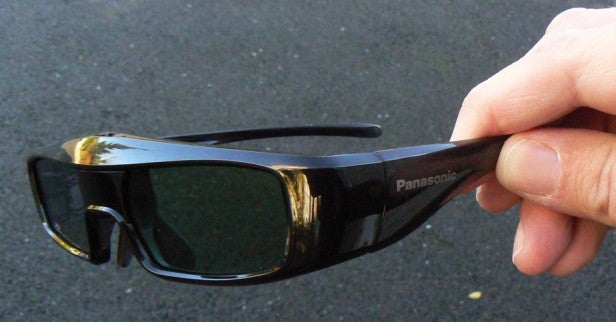 What’s more, having so much extra detail in the 3D image had an excellent effect on enhancing the sense of depth in the 3D frame as with large-scale shots depth resolves further into the distance, while with smaller scale interiors the extra sharpness to edges and enhanced textures helps create a more palpable and thus believable 3D environment.

The L65WT600 also has the processing power and tools to deliver motion impressively credibly with 3D too (something many TVs struggle with), and best of all there isn’t much crosstalk ghosting noise for an active 3D TV. As with the Samsung 4K sets, in other words, the resolution lover in us really laps up the sheer spectacle of upscaled 4K 3D, even if purists might prefer the ‘less interfered with’ passive approach.

Just make sure you watch 3D in a fairly dark room where possible, as you can see the flickering of the 3D glasses if you’re using them in very bright conditions.

While the L65WT600 doesn’t sound bad at all by the standards of the LCD world at large, with clear vocals, decent volume potential and a fairly open mid-range, it struggles at the extremes of the audio range compared to a number of its 4K rivals.

Bass flattens off and can also start to cause speaker distortion more readily than it does on sets like the Philips 65PFL9708S and, especially, the Sony 65X9005A, while trebles can sound a bit harsh and exposed during heavy audio moments.

Given the price of this TV, however, it would be criminal not to pair it with a dedicated surround sound system. The built-in speakers are, for us, there for emergencies only.

The L65WT600 ships with two remotes: a standard one, and a simplified one with a touchpad section to supposedly make navigation easier – especially when using the TV’s built-in Web browser. However, unfortunately this second remote is hamstrung quite badly by the small size and unhelpful circular shape of its touchpad area.

People thinking about gaming on Panasonic’s new 4K monster will be pleased to hear that we measured an input lag figure (when using the provided Game mode) of just 32ms. This is low enough to leave your game skills intact, leaving you to worry about building a PC powerful enough to drive a 4K TV at native resolution.

If your main 4K concern is future-proofing, then the L65WT600 has a unique advantage in the shape of its true HDMI 2.0 port and DisplayPort input. It’s also a beautiful looking set, and boasts arguably the most user-friendly smart TV system around.

Its 4K images often look sublime, and many aspects of its upscaling technology are first rate too. And yet…

All the 4K excellence in the world can’t hide the fact that the Panasonic L65WT600 suffers some fairly fundamental problems with contrast. Plus you can see some strange vertical bands down the picture visible during very bright footage.

Add to the picture problems a fairly average audio performance by 4K TV standards and the £5,500 price tag starts to look a bit steep, even with the HDMI 2.0 compatibility taken into account.

It’s still a very good TV (most 4K TVs are), but it doesn’t do enough to top our best 4K TV list.

Panasonic has pulled off a massive coup by being the first brand to fully satisfy the HDMI 2.0 spec with its debut 4K/UHD TV. However, if it really wants to fulfil its 4K promise Panasonic is going to have to make some fairly substantial improvements to the core contrast performance of its LCD TVs for 2014.