To illustrate just how far ahead of the source curve Panasonic is with its 4K 50/60Hz compatibility, the brand had to supply us for our tests with an uberpowerful PC that attached to the L65WT600 via its DisplayPort so that we could test the screen with 4K 60Hz content.

We had a few handshaking issues with the DisplayPort, making us more convinced that HDMIs days aren’t numbered just yet for all its problems. But the main point is that the 4K 60Hz pictures did eventually appear. And when they appeared, they looked damn lovely.

Detail levels looked simply immense regardless of whether you were looking at either action going on in the foreground of Panasonic’s scenic footage or focussing your eye on the rocky landscapes in the background. Certainly the L65WT600’s sharpness and detail levels with 4K content are at least on a par with the also-sensational efforts of the LG 65LA970W and Samsung 65F9000 4K UHD sets, and go beyond the detailing you get from the Sony 65X9005A, Philips 65PFL9708S and Toshiba 65L9363. 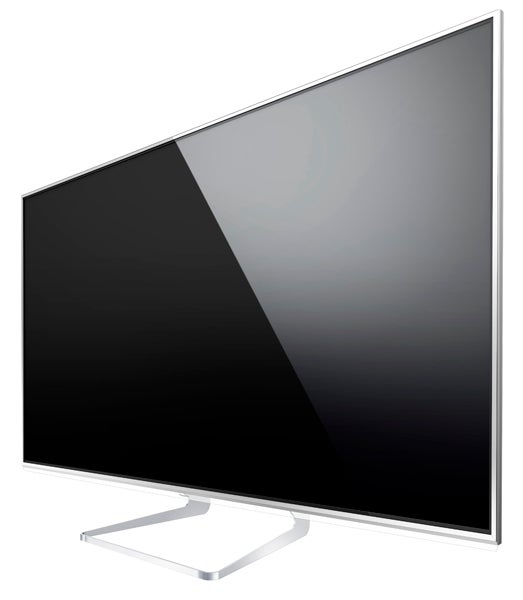 Colours look quite beautiful with Panasonic’s content too, as gorgeous saturations combine with infinitely subtle blends and a staggering degree of colour precision that undoubtedly contributes to the image’s sense of sharpness. It’s tempting to see some of this colour clarity as being down to the full chroma subsampling support of Panasonic’s ground-breaking TV. But whether that’s true or not, there’s no doubt that (once you’ve calibrated out a slight tendency to over-saturate reds) Panasonic’s colour handling with 4K content really is spectacular.

Using some separate 30fps 4K sources we’re lucky enough to have lying around confirms that having 60 frames per second does deliver a genuine improvement to 4K picture quality, as there’s a greater sense of blur and judder in the 30fps images that’s slightly exaggerated by the extra native resolution on show.

Panasonic’s 4K processing engine is powerful enough for you to be able to use the Intelligent Frame Creation system with native 4K, and using this on its medium setting makes motion look a lot crisper and smoother with 30fps content.

However, it can also cause some minor artefacting – especially during camera pans or with grainy footage – that may put image enthusiasts off using it. We would at least suggest that you experiment with the lowest IFC setting, though, rather than simply dismissing the feature out of hand.

We did spot a couple of issues during native 4K viewing, though. One is that the TV’s various tricks for enhancing contrast didn’t always seem totally comfortable handling dark image content. We’ll go into this more in the next section about the L65WT600’s upscaling, as the problem appears then too.

The other issue first registered with 4K sources but also noted with HD
and standard def is the appearance during bright panning shots of some
subtle vertical banding in a couple of places on the screen. These bands
are not a big deal at all with normal film or TV viewing, but you can
clearly see them with expanses of very bright content like white
backgrounds or bright blue skies. They’re also revealed by camera pans
over any image content with a predominance of a fairly uniform colour,
like a football pitch. 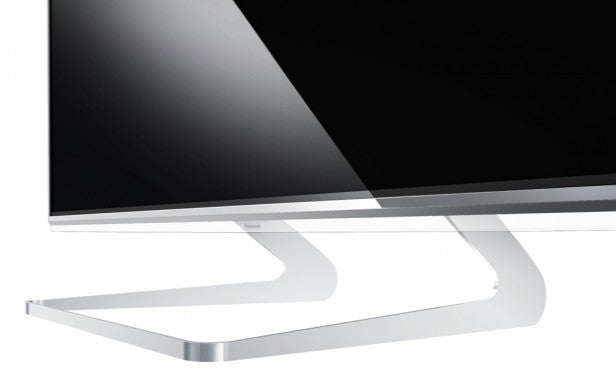 Upscaling
Dragging our eyes reluctantly away from the mostly bounteous joys of the L65WT600’s native 4K playback to watch a few upscaled Blu-rays and HD broadcasts – the sort of stuff, in other words, pretty much everyone will be watching for the time being – it was great to find the L65WT600 showing off some really nifty upscaling moves.

Where Panasonic’s upscaling system particularly excels is with handling grain and source noise. It’s uncannily astute at recognising what picture information should be kept in the picture and what shouldn’t, and shows a brilliant understanding of how to translate subtle film grain so that it’s still there in the upscaled picture without becoming exaggerated.

Colours are upscaled well too, with pretty much immaculately smooth, credible blends, even when handling tricky skin tones.

The only issues we might raise with Panasonic’s upscaling are that there’s a marginally soft look to motion in the upscaled frame and that upscaled pictures don’t carry quite as much crispness and 4K ‘snap’ as you get with the upscaling system used by Samsung’s F9000 UHD sets. But the pay off for this latter point is that there’s slightly less noise in the Panasonic’s images than there tends to be in the Samsung’s when that model’s picture settings are calibrated to what we would consider their optimum levels.

One last point to cover while checking out the L65WT600’s upscaling is the 1080p Pixel by 4pixels mode. This actually proves much more effective than you might imagine at recreating the feel of a native 1080p picture – so much so that while we personally prefer the extra sharpness and colour resolution of the normally upscaled picture, we can certainly imagine purists who don’t like anything ‘computer generated’ to be added to their sources loving the Pixel by 4Pixels mode. Especially as it also places much less of a burden on the L65WT600’s real-time picture processing engine.

Contrast
While the L65WT600 deals with pretty much every aspect of its 4K duties extremely well, it struggles with something more basic: contrast. Or to be more precise, its black level response.

The problems – which have also been noted on Panasonic’s normal HD edge LED TVS this year – stack up like this. First, the L65WT600’s native panel contrast isn’t great, leaving dark scenes looking noticeably grey and prone to areas of backlight clouding without using any of the provided contrast-boosting tools.

Using the Adaptive Contrast feature on its Low setting improves things a bit, but it’s not enough to deliver a convincing black colour that’s anywhere near the sort of thing we’ve seen from most rival 4K/UHD TVs.

The only way to make black levels become impressively deep and rich is to set the Adaptive Contrast feature to its Medium or High level. The step up in black level response between the minimum and medium settings really is profound. However, shifting Adaptive Contrast up to medium also causes dark scenes to look unstable, as the TV keeps shifting its backlight output more aggressively to try and keep the sense of black intact as the content changes. 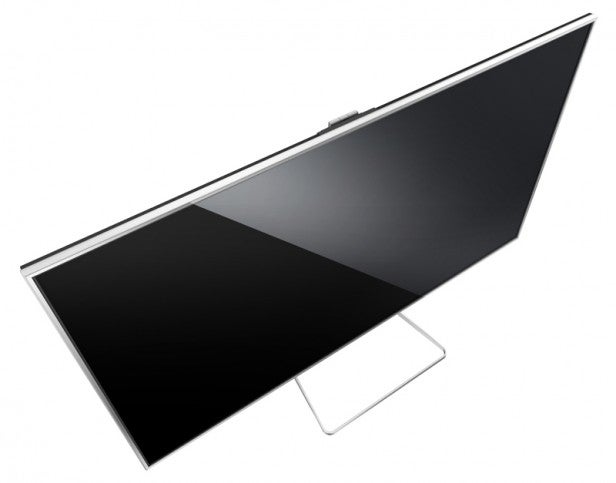 Try adding the Brilliance Enhancer local dimming feature to this set up and the problems become worse, as any bright objects within mostly dark shots appear surrounded by some noticeable light auras, thanks to the local dimming simply not being able to work locally enough.

After a huge amount of trial and error the best combination of contrast enhancement features we could manage on the L65WT600 was to have Adaptive Contrast set to Mid and the Brilliance Enhancer set to off. But the bottom line is that no matter what settings we tried we never managed to get a contrast performance we felt totally comfortable with and never felt distracted by.

One final point to mention here is that the set’s viewing angle isn’t particularly good. By the time you’ve got as little as 25 degrees off axis the contrast has plummeted, colours have started to wash out, and worst of all, the clouding and auras have become excessive.

Used as the main TV for the review period
Tested for more than a week
Tested using industry calibrated tools, discs and with real world use
Tested with broadcast content (HD/SD), video streams and demo discs
Previous
Panasonic TX-L65WT600 Review Next
3D, Sound and Verdict Review