The Panasonic L47DT65 is quite a looker. In place of the old black or dark grey chunky blandness that used to characterise Panasonic TVs you now get an exceptionally slim silver, reflective metallic frame that makes the L47DT65 one of the most space saving and attractive TVs of this generation. 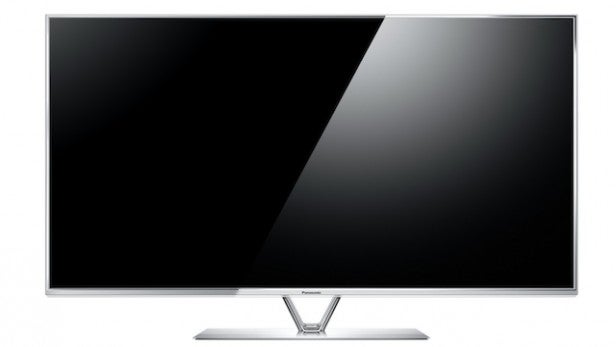 The spectacularly slim frame also means you can get more immersed in the picture – a trick that can prove especially useful when you’re watching 3D.

Connectivity is OK. Where multimedia is concerned there are DLNA and integrated Wi-Fi network options, plus both USB and – in what’s still a quite rare move in the TV world – SD card slots for both playback of multimedia files and timeshifting from the TV’s integrated Freesat HD and Freeview HD tuners.

There are only three HDMIs, though, when a TV at the L47DT65’s level really should have four in our opinion.

The Panasonic L47DT65’s screen is, of course, a full HD affair, and as you would expect from such a slim-framed model its images are lit by an edge LED lighting system. The set is able to control six ‘zones’ of this LED lighting system individually, to deliver a degree of local dimming, and it is driven by a 1600Hz BLS motion system, which uses a combination of a native 100Hz panel, backlight scanning and frame interpolation to deliver a supposed 1600Hz-like effect.

While this sounds impressive, it’s worth pointing out that Panasonic’s WT65 flagship HD series delivers 3600Hz BLS motion handling. But then it’s also worth remembering that to some extent this sort of stuff is just a numbers game. Certainly we’ll be approaching the L47DT65’s motion reproduction with an open mind rather than going in with the expectation that its ‘1600Hz’ claims must by default make it a superior motion performer. 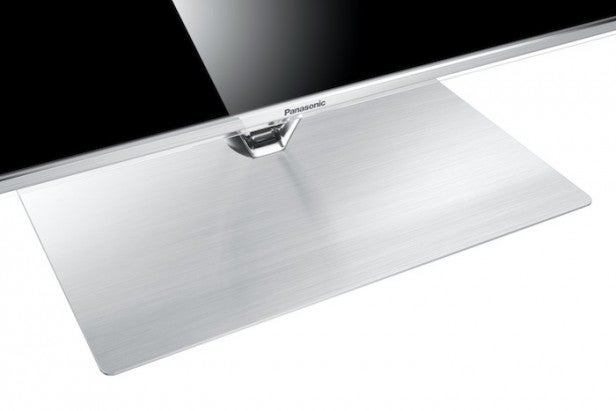 The Panasonic L47DT65 is also decently specified with Smart features. Its network connections can be used to stream material from DLNA-enabled sources, or for accessing Panasonic’s Viera Connect online content platform. We’ve covered Viera Connect in depth in a previous review, but briefly we’ll sum it up again here as being decent rather than brilliant. There’s a pretty wide range of content, including a mix of games, information apps and video streaming services including Netflix, the BBC iPlayer and BBC News and Sports feeds. However, there’s no ITV Player, 4OD, Demand 5 or LoveFilm, which add up to a significant catch up/on demand video shortfall versus some rival smart TV platforms – especially Samsung’s.

One are where Panasonic is strong, though, is with the support it offers for external smart (Android and iOS) devices via the Panasonic TV Remote 2 app. Features here include file and screen sharing between devices, and even the ability to view stuff showing on the TV’s tuners on your tablet or phone in another room.

The L47DT65’s relatively elevated position in Panasonic’s current TV range also means it has plenty of picture adjustments to keep you busy. In fact, the set is endorsed by the Imaging Science Foundation (ISF) as a model it can professionally calibrate to optimise its performance to suit your room – if you’re willing to pay for such a service, of course.

Among the key setup tools on offer are a colour management system, gamma controls and white balance fine tuning – as well as a series of processing-based systems targeted at reducing noise, fighting motion judder/blur and boosting contrast performance. We’ll look at these tools in the Set Up and Performance sections.

Initial set up on the Panasonic L47DT65 is impressively easy to achieve, thanks to a menu system that holds your hand admirably tightly the first time you fire the TV up.

The My Home Screen system, meanwhile, makes setting up different home screens for different members of your family exceptionally easy, thanks to a series of pre-determined templates and a simple ‘select and place’ system for choosing your preferred apps.

The main picture and sound calibration menus are rather less attractively presented, and are a little confusing in places. For instance, you need to activate the Expert menu before you can access the TV’s most in-depth calibration tools.

Some of the features in the picture set up menus need to be treated sparingly too. For instance, the noise reduction tools are a no-no with HD sources, as they leave the picture looking soft and processed. The Intelligent Frame Creation system isn’t always helpful either, as while it does reduce judder it can also cause a few flickery and smeary artefacts over and around very fast moving objects.

The trickiest part of the Panasonic L47DT65’s set up to get right, though, are the features that relate to its contrast performance – though the best place to explain this is in the next section of the review…