The main flaw of the Panasonic L47DT65 is that its native contrast performance just isn’t as good as it should be on a high level LCD TV in 2014. With all of the contrast boosting tools deactivated – so the panel is effectively running in its ‘native’ contrast state – dark scenes look very greyed over and unconvincing, with shadow details getting lost in the murky greyness. This denies dark scenes the same sense of depth you get with bright ones, underlining the sense of inconsistency you feel as a film moves between dark and bright sequences.

Your main options for improving this situation revolve around a manual backlight control and an Adaptive Backlight system with off, min and max settings that adjust the LED output to reflect the incoming image content. With the Adaptive Backlight off or set to Min, black levels really are uninspiring. So it’s a relief to find that stepping right up to Max has a profoundly beneficial impact on the screen’s reproduction of black colours, getting rid of most of the grey ‘mist’ that plagues dark scenes using either of the other Adaptive Backlight settings. 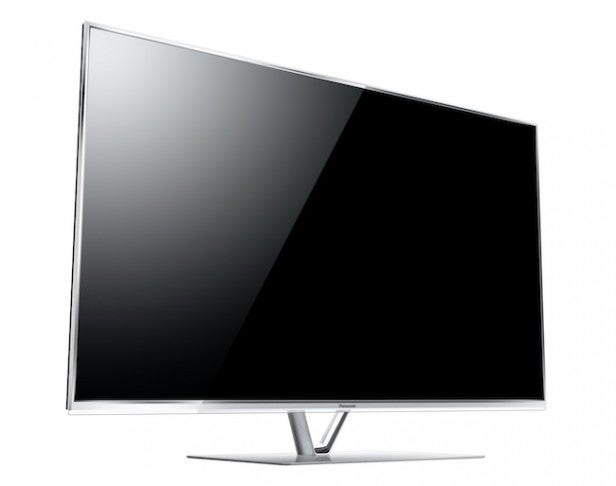 However, this Max setting comes with a couple of significant strings attached.  First and worst, the local dimming system used to achieve the black level jump can cause some pretty striking light ‘stripes’ across dark pictures thanks to the somewhat rudimental machinations of the local dimming engine. These really can be quite distracting with some content – especially content that’s mostly dark but features some fast moving bright elements.

The other problem with using the Adaptive Backlight system on Max is that it can cause a bit of shadow detail to be crushed out of the darkest corners of pictures.

To be fair, for a good deal of the time pictures look very nice with the Adaptive Backlight on Max. Especially if you also calm the manual backlight adjustment down to below its 50 level, to reduce the obviousness of the local dimming ‘striping’. But unfortunately we suspect that if you’re the sort of person who regularly watches films with the lights down the striping problems will become something you start to actively look for after a while – and that’s not exactly an ideal solution when you’ve spent £1200 on a TV.

The bottom line is that the Panasonic L47DT65 just needs more native contrast, for then its contrast-boosting tools wouldn’t have to be working so over-hard.

Perhaps because of the screen’s native contrast issues the Panasonic L47DT65’s colours also need a little work when you first get the TV. They look a little unbalanced in the set’s out-of-the-box state, with some slightly ripe skin tones and reds and blues looking a little dominant. Fortunately the L47DT65 has enough tools and finesse to work round these problems, leaving as our only, much-reduced colour issues a slightly plasticky finish to skin tones and a slight reduction in colour intensity when you’re watching standard definition. 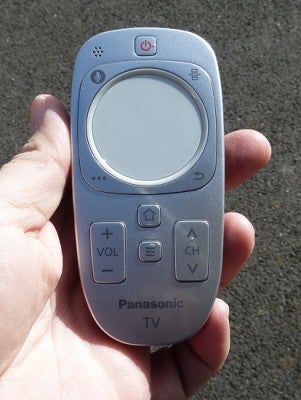 The L47DT65’s HD pictures look sharp and very detailed, and this sense of HD clarity holds up pretty well with motion too. For the best results we’d suggest using the IFC feature on its lowest level for the most part – though you may want to turn this off for Blu-ray viewing, depending on how important it is to you to retain the ’24 frames a second’ appearance you’ve traditionally got at the cinema.

The Panasonic L47DT65’s use of an IPS panel type enables you to watch it from a slightly wider viewing angle without colour and contrast taking a hit than is the case with current-gen VA-type panels, and its pictures are both very bright and seriously punchy in the colour department.

In short, with a lot of typical day to day content in a typically fairly bright room environment, the L47DT65 is a great watch. It’s just a shame it doesn’t adapt as well as some rivals to dark rooms and dark content.