It’s a shame 3D seems to be less and less of a draw for TV buyers, for the Panasonic L47DT65’s 3D performance is arguably its biggest strength. Its use of the passive approach means that a) you get four glasses for free and b) you don’t have to worry about the crosstalk ghosting (so long as your vertical viewing angle is pretty level), flickering and significant brightness reduction associated with the active 3D format.

It’s also great to see the L47DT65 generally avoiding the stutter/judder problems often associated with 3D playback, which joins the lack of crosstalk ghosting in helping the Panasonic L47DT65’s presentation of 3D Blu-rays look crisp despite the inevitable slight loss of resolution associated with the passive 3D format.

Finally, as well as enjoying the intensity delivered to 3D by the screen’s brightness and vibrant colour saturations, it doesn’t do the L47DT65’s 3D performance any harm that the marginal reduction in brightness induced by donning the passive 3D glasses slightly hides the set’s contrast problems.

For regular TV viewing the Panasonic L47DT65 sounds fine. Slightly better, in fact, than you would expect given how super-slim it is. Voices are clear, detail levels are high, and the mid-range sounds quite open and free of harshness and distortion. 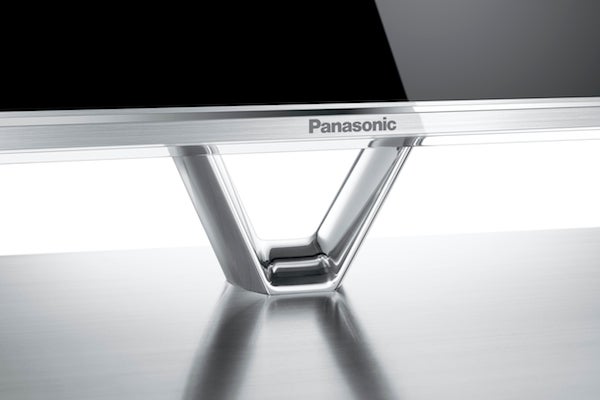 Where it comes a bit of a cropper, though, is with loud action scenes. These expose a lack of bass from Panasonic’s set that leaves loud moments sounding a bit thin and unbalanced.

Aside from its contrast issues, the Panasonic L47DT65 is an excellent gaming monitor. Provided you remember to use the TV’s Game preset it measures just 33ms of input lag during our tests, which hits the sub-40ms target where you can feel reasonably confident that nothing the TV is doing is mucking up your gaming skills.

One other point to mention is that although we have to say that Panasonic’s My Home Screen interface is starting to look visually a bit dated in light of what we saw on show at the Consumer Electronics Show in Las Vegas in January, it’s still an intuitive and friendly way of handling the huge amounts of content Smart TVs offer these days.

Should you buy a Panasonic TX-L47DT65?

Good though the Panasonic L47DT65 is in most ways and even for much of the time, it’s hard to rustle up an unqualified recommendation for it when you think that you can get such outstanding (if one inch smaller) TVs as the Sony 46W905A or Samsung UE46F7000 for pretty much the same money.

While the L47DT65 admittedly has its moments, it’s hard to come up with any irresistible reasons for owning one. Sure, its pictures often look good – very good even; its design is gorgeous and futuristic; and its smart interface is unusually effective. But its problems with dark scenes and demanding price allow a couple of rival screens to steal a march on it.

Next, read our best tvs round-up