The Panasonic L42DT65 is a 42-inch LCD TV that sits just one step from the top of Panasonic’s latest HD LCD TV range. Its edge LED lighting features local dimming, its panel is driven by a ‘1600Hz’ engine, it’s 3D capable and its operating system benefits from Panasonic’s excellent My Home Screen interface. It’s also available in 47-inch, 50, 55 and 60-inch sizes, making this the smallest set in the range. 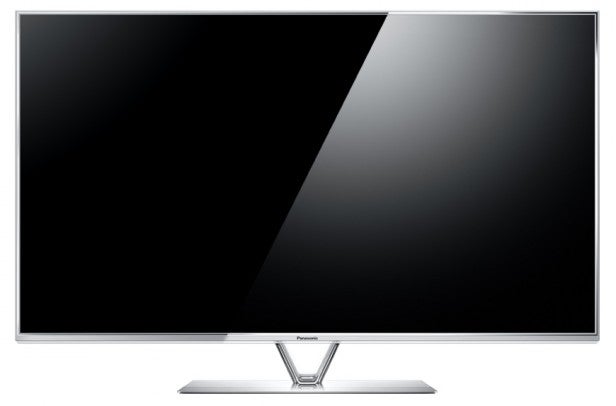 The L42DT65 is quite a looker. Its gleaming metal bezel is as slim as it is glamorous, and the set’s rear continues the super-skinny theme to potent effect. The heavy metal stand is a work of art, too.

The L42DT65’s strong first impressions take a slight hit as it turns out the set only has three HDMIs when we expect four these days. But there’s some good connection news too, in the shape of both LAN and Wi-Fi network connections (which support DLNA streaming and online browsing) plus three USBs and an SD card slot for playing back a wide variety of photo, music and video file formats – or for time-shifting from the set’s built-in Freesat and Freeview HD tuners.

Day-to-day use of the Panasonic L42DT65 brings you into regular contact with Panasonic’s My Home Screen interface. So it’s great to find this interface proving arguably this generation’s most friendly Smart TV system, combining a simple structure with plenty of onscreen instructions and the ability to create customised ‘home screens’ for all members of your family containing just direct links to their preferred content sources.

It’s a pity these content sources don’t include more of the UK’s most popular services – there’s no LoveFilm, no ITV Player, no 4OD, and no Demand 5 for instance – but overall, with the interface taken into account, Panasonic’s Smart offering is a pretty good one. For full details check out our Panasonic Smart TV review. 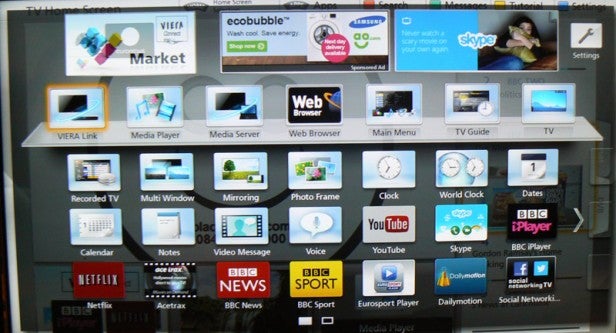 Look upwards to Panasonic’s WT65 TVs and the motion processing becomes 3600Hz while the local dimming system works across 16 separate sectors versus just five on the L42DT65. But still, on paper at least the L42DT65 does enough to justify its £1100 price.


Panasonic has equipped this relatively high-end TV with enough picture calibration tools to earn the endorsement of the Imaging Science Foundation (ISF) – complete with two ‘professional’ picture memories an ISF engineer could use to set up night and day presets.
If you’d rather have a stab at setting pictures up yourself, while the onscreen set up menus are a bit drab their structure is reasonably straightforward.

The L42DT65 scores a hit, too, with its initial setup menus, which guide you through all the key stages extremely well. And then there’s the previously mentioned My Home Screen system, which provides a brilliantly simple means of customising the TV’s home screen(s).
Trying to set the L42DT65 up to get the best out of its pictures is tricky, though. 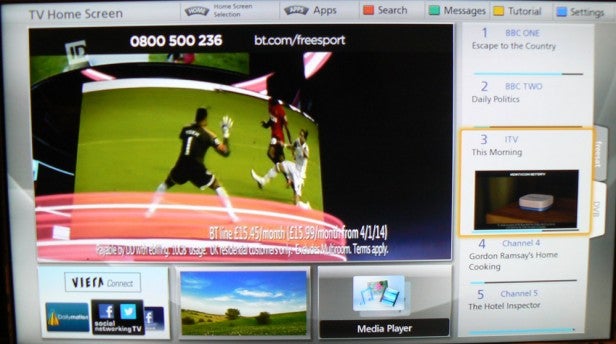 There are a few obvious moves, such as deactivating all noise reduction for HD sources, and limiting the Intelligent Frame Creation motion processing to its Minimum level, or leaving it off entirely, especially if you’re watching a Blu-ray. Where the difficulties come is in trying to overcome the L42DT65’s contrast problems.

Obviously we’ll discuss this further in the picture quality section, but briefly the issues come with balancing the pros and cons of the various settings for the provided Adaptive Backlight and Brilliance Enhancer (local dimming) controls while attempting to combat the panel’s noticeable lack of native black level response.