To be blunt, the L42DT65’s picture quality is nothing like as good as it needs to be for a £1200 42-in TV. The thing is, like many other members of the TV-owning population, we like nothing better of an evening than dimming the lights to watch a film. But if you do this on the Panasonic L42DT65 you’ll almost certainly be left feeling disappointed and distracted, thanks to a variety of problems the TV exhibits when trying to render dark movie scenes. 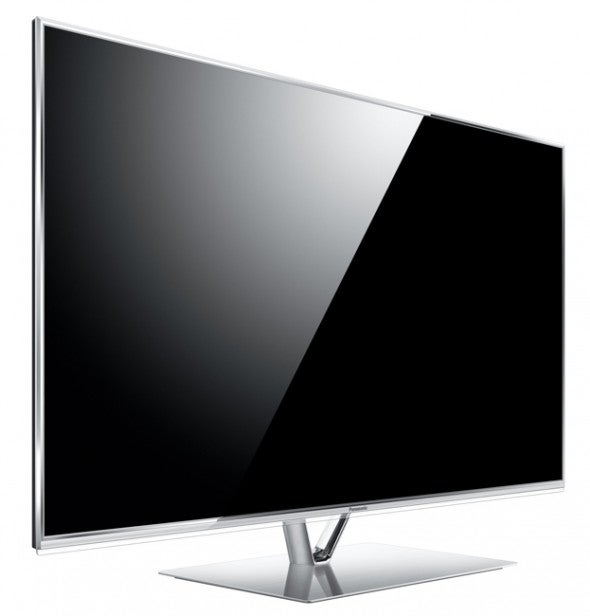 The fundamental problem is that, as with the vast majority of IPS TVs we’ve seen over the past couple of years, the Panasonic L42DT65 just doesn’t have a very good native contrast level. Turn off all the set’s various contrast boosting devices and you’ll be startled by just how grey and washed out dark scenes look – and by how the grey mist over the picture hides subtle details in dark areas.

Even drastically reducing the backlight settings has little impact on the greyness.

In fact, the only way you can get a black level out of the L42DT65 that’s in any way commensurate with its price and market position is by setting the Adaptive Backlight Control feature to Max. Try toggling this feature between its Max and Min settings and the difference in the depth and tone of dark picture areas is enormous.

Before we start getting out the laurels for the Panasonic L42DT65, though, while the Max Adaptive Backlight Control setting does indeed make the screen’s black levels look satisfactorily deep during predominantly dark scenes, it also sometimes makes images look unstable due to the way it’s always adjusting the panel’s backlight output in response to image content.

Also, if a shot contains a mix of bright and dark content the depth of the dark areas is still pretty unimpressive. Probably the best that can be said of the Max Adaptive Backlight Control setting is that it does at least deliver satisfying contrast for viewing when there’s quite a bit of ambient light in your room. Um, except that the rather glassy screen is painfully reflective of your furniture in such conditions…

We’re not done with the L42DT65’s contrast woes yet, either. Like Panasonic’s flagship WT65 LCD range this year, the Panasonic L42DT65 supports local dimming in its edge LED array. However, the L42DT65 only supports five ‘zones’ of dimming versus the WT65’s 16 zones, and the effect of this zone limitation is actually pretty painful. Even if you only activate the Brilliance Enhancer local dimming feature on its relatively low-powered Minimum level, dark scenes are routinely blighted by light blocking, where you can clearly see rectangular bars of light stretching right across the picture around bright objects that appear against a dark background.

Not surprisingly the continuous appearance of such light blocks is hardly conducive to an immersive movie experience.

Defenders of IPS panels like the one causing the L42DT65 so much trouble point to their vivid colour reproduction and wider viewing angles versus rival LCD technologies. But while there is indeed much to admire about the L42DT65 where colour is concerned, the viewing angle thing seems rather overstated, only adding a few degrees in reality to the effective viewing angle of rival LCD screens.

It’s ironic, too, that one of the things you lose with off-axis viewing of non IPS LCD panels is contrast. Yet this IPS panel starts off with a lower contrast point! At least with the best non-IPS panels you can get a good black level response when you’re sat right opposite the screen.

Finally, if viewing angles really are important to you then you should get a plasma TV instead – quick, before they’re all gone – or save up for an OLED.

Although so far the L42DT65 has been on the receiving end of a bit of a rant, it does have some considerable strengths to its name. As noted in passing earlier, its colours are strong, with potent saturations, impressively smooth blends, a wide colour range, and enough flexibility via the set’s colour management tools to get colours looking either as punchy or as natural as your tastes want them to look. 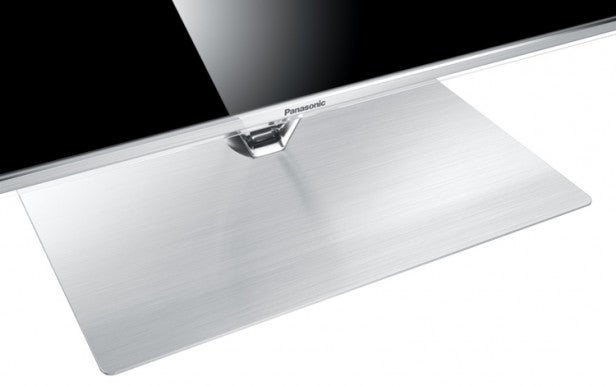 Pictures look clean and reasonably (rather than emphatically) sharp and detailed, and Panasonic’s Hexa-Processing engine does a sterling job of upscaling standard definition to the screen’s full HD resolution.

The crispness remains reasonably intact when there’s motion in the picture too thanks to the L42DT65’s ‘1600Hz BLS’ driving system – though as noted earlier, you should only contemplate using the Intelligent Frame Creation motion processing system on its lowest level to stop the picture from becoming too unnatural.

The motion processing doesn’t seem quite as flexible in terms of the variety of content types it handles successfully as the ‘3600Hz’ system in the WT65 range, and there’s a little more residual blurring over fast camera pans. But it’s still a good effort by LCD standards generally.

The L42DT65’s pictures are also quite bright, which helps them look bold and eye-catching with typical daytime TV fodder, and ensures they still grab your attention in a bright room environment.

It’s hard to imagine, though, anyone spending north of a grand on a 42-inch TV who won’t sometimes want to use their new set ‘in anger’ for a lights-down movie-viewing sesh. And in this scenario the L42DT65 just doesn’t measure up.

Used as the main TV for the review period
Tested for more than a week
Tested using industry calibrated tools, discs and with real world use
Tested with broadcast content (HD/SD), video streams and demo discs
Previous
Panasonic TX-L42DT65 Review Next
3D, Sound and Conclusions Review