The 58-inch TX-58DX802 sits towards the top of Panasonic’s 2016 TV range, and is nothing if not different. Its 4K/UHD, HDR-capable screen is mounted in a seriously striking easel-type stand, and rather than trying to fit speakers into its slim frame, it ships with an external sound bar. All of which looks like a decent package for £1,600. But how will it cope with the tough demands of today’s HDR world?

Trusted Explains: All you need to know about TVs

The TX-58DX802 arrives in a box similar in size to the ones I saw back in the days of CRT TVs. Don’t worry, though: this isn’t because the unit is chunky. It’s because the screen arrives already hanging within a unique easel-type stand that attaches to roughly the centre of the TV’s left and right sides.

The distinct design is sure to divide opinion, but personally, I like it. I can even see it giving Panasonic a shot of attracting the sort of design-led buyer who might usually plump for a TV from Loewe or Bang & Olufsen.

Just bear in mind that the positioning of the legs to the extreme left and right edges of the screen means that you’ll need a wide base on which to place the TV – although you could potentially just put it on the floor.

The one part of the so-called “Art & Interior – Freestyle” design that I’m not entirely convinced by is the external speaker bar. It sits between the the TV’s easel legs, rather than being attached in some way, and therefore looks a little awkward.

It’s worth noting that the TV can be removed from its legs and hung on a wall if you wish using a provided bracket. Though with the easel design likely to be a fairly key part of its appeal to many people, I’m not sure I see many people going for the wall mounting option.

Connections on the TX-58DX802 are as you’d expect of a high-end TV in 2016. They include four HDMIs capable of handling external 4K and HDR (although not Dolby Vision HDR) sources up to 60 frames a second; a trio of USB ports for multimedia playback from USB storage devices (or for recording from the TV’s Freeview HD tuner to USB HDDs); and both Wi-Fi and Ethernet network options.

Online video apps include Netflix and Amazon in their 4K and HDR forms. A healthy collection of games and informational apps are available too. Panasonic’s Firefox TV OS offers fewer apps than the Android platform of some rival brands, but I think having hundreds of largely pointless apps just clutters up the experience. 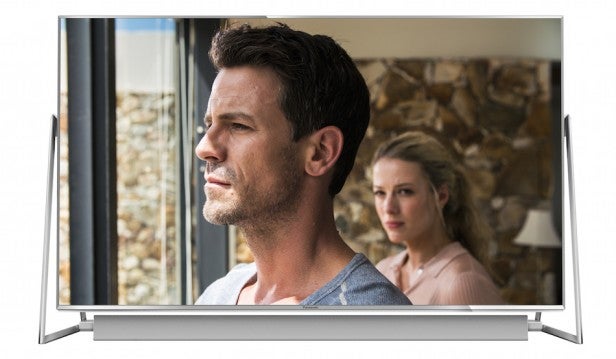 The interface is one of the best around thanks to its combination of attractive graphics, logical structure and oodles of customisability. Spend a few minutes tinkering and you’ll have a smart TV experience that almost rivals LG’s game-changing webOS system.

The TX-58DX802 also carries Freeview Play, providing all the catch-up apps for the four main terrestrial broadcasters in the UK, as well as an electronic programme guide that lets you scroll back through time to find on-demand shows you’ve missed.

The screen mercifully ditches the IPS type of LCD panel that’s blighted the recently tested Panasonic TX-55DX600 and TX-55DX650. Its “4K Studio Master Pro” VA panel should deliver a much-improved contrast performance, despite the TV using edge LED lighting rather than a direct LED system. The panel is also designed to deliver far more brightness and a much wider colour range than typical LCD TVs.

Panasonic has a lot to say about the Studio Master HCX picture-processing engine, which works on every element of TV picture reproduction in a bid to deliver the most accurate results it can. A particularly promising element is the professional-grade “3D look-up table” colour-management system that Panasonic integrates into its top TVs. But contrast and shadow detail have also been areas of strength for Panasonic in recent times, so hopefully all of these strengths will show up in the TX-58DX802 as well. 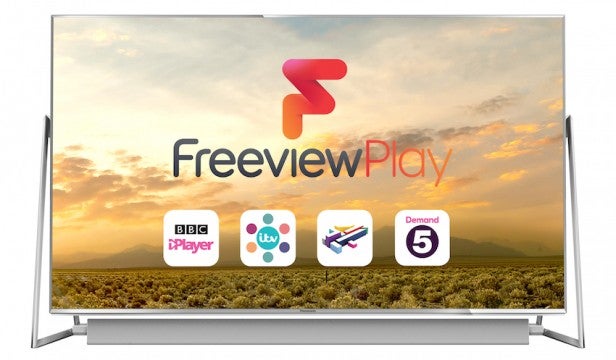 Other notable features are the TX-58DX802’s support for 3D using the active system (although active-shutter 3D glasses aren’t provided with the TV), and the fact that it’s THX certified. This shows that it’s passed the stringent picture-quality demands of the independent THX image quality evaluation group – although note that this certification applies only to the TV’s SDR performance.

The TX-58DX802 breaks you in gently with an extremely straightforward installation procedure – and, as noted earlier, the Firefox OS is about as simple to use as is possible with a smart TV system.

It’s when you’re trying to achieve the best picture quality that the TX-58DX802 becomes a little more complicated to use. For instance, after much experimentation, it appears as though you have to use the TV’s Adaptive Backlight feature on its most powerful setting for HDR to stop the picture looking grey and washed out.

If you’re watching sports, I’d recommend setting the IFC motion processing feature to medium; for movies or TV shows, I’d suggest the minimum setting – or, potentially, turn it off altogether.

One final setting worth noting is the Dynamic Range Remaster feature Panasonic offers for providing a degree of HD uplift to SDR sources. Personally, I didn’t use this feature – in part because the TX-58DX802 looks superb with SDR in its native mode, and also because the DR Remaster mode struggles to keep colours looking perfectly balanced; it can also leave dark areas looking slightly dominant.