The TX-55DX600 is a 55-inch TV that sits at the lower end of Panasonic’s 2016 4K TV range. It therefore lacks the ability to play high dynamic range content, but with a price of just £940, it appears to offer great value for such a large 4K screen from such an established and usually reliable brand. It carries Panasonic’s Firefox smart TV system to boot. However, issues with its screen make it a hard to fully recommend.

The TX-55DX600 wears its 55-inch screen handsomely. Its angled-in silver screen frame is exceptionally trim, in keeping with the current fashion, while its centrally fixed stand can be mounted either way round, with its shiny legs straight out, or facing inwards to create an arc in front of the screen. I preferred the straight look – but it’s nice to have the choice.

The TX-55DX600’s build quality feels rather plasticky compared with models further up the brand’s range. However, once you’ve manhandled the set into position, it doesn’t actually look cheap from a normal viewing distance.

Connections on the TX-55DX600 are solid. It’s always a shame when a TV offers only three HDMIs – instead of the four now seen on even some cheaper TVs – but in truth the TX-55DX600’s allocation will suffice for most households at the moment. Note that only two of the HDMIs are enabled for 4K playback.

You also get only two USBs for multimedia playback when many modern TVs provide three, although again, this will likely be enough for most folk. It’s also worth mentioning that one of the USBs is USB 3.0 compatible.

Network connections are available in both wired and integrated Wi-Fi flavours, and provide you with both streaming of multimedia from networked DLNA devices and access to Panasonic’s online smart service.

The smart service we’re talking about here is powered by the Firefox OS, which Panasonic introduced to most of its 2015 TVs. On the whole, this is a good thing since Firefox is one of the most friendly, focused and easy to customise smart interfaces in the TV world – even rivalling LG’s ground-breaking webOS in some respects. 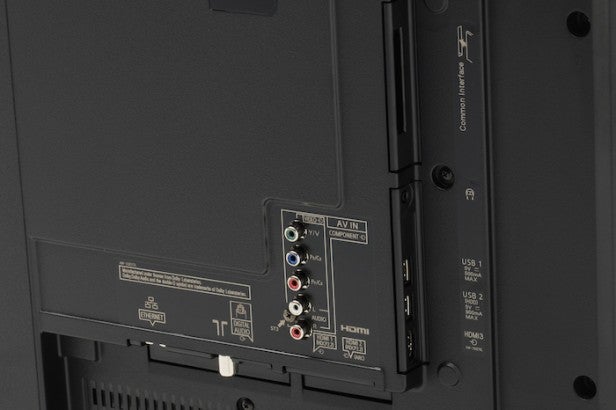 Note that Firefox isn’t enjoying the same sort of app development support seen by the Android TV platform favoured by Sony and Philips TVs. But I, for one, don’t necessarily see this as a negative: the best smart TV systems understand that having too many, often pointless apps is actually a hindrance rather than a help on a TV.

While the Firefox OS may not be overloaded with apps, it does give you the 4K versions of Netflix and Amazon. In addition, all the key UK catch-up services are handled courtesy of an integrated Freeview Play system, which enables you to track down shows you’ve missed via an EPG that scrolls through time both backwards and forwards.

Despite not being an HDR-capable TV, the TX-55DX600 uses one of Panasonic’s “Bright” panels and supports a wider colour spectrum than a bog-standard LCD TV. However, both features deliver only relatively minor improvements to brightness and colour compared with the more extreme technologies used in this year’s high-end HDR-capable TVs. 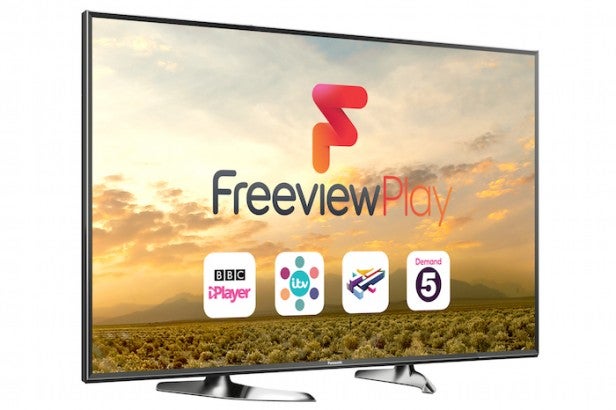 The TX-55DX600 lacks any form of 4K Studio Master HCX or HCX+ processing that’s found on higher-level Panasonic TVs this year, and nor is there any support for 3D. The TV’s direct LED lighting engine doesn’t benefit from any local dimming system either, instead just adapting the backlight as a whole to the varying light demands of the image being shown.

None of these limitations come as much of a surprise given the TX-55DX600B’s affordability, though, and needn’t necessarily stop it being a great value TV.

There is, however, one part of its picture quality make-up that sets alarm bells ringing: its use of an IPS-type LCD panel. Past experience has shown that while such panels deliver a slight boost in terms of viewing angles over the more common VA panel types, they also suffer with substantially poorer contrast. This is likely to become more of an issue now that people are starting to expect their TV pictures to look increasingly bright.

For such an affordable TV, the TX-55DX600B offers plenty of picture set-up tools. Which is just as well, actually, as I found myself tinkering extensively with some of these tools during my tests.

From my efforts I’d make the following recommendations. First, never use the Intelligent Frame Creation (IFC) motion compensation processing on a setting higher than Minimum, or pictures become plagued by digital processing artefacts. Next, make sure the HDMI Output setting is on Mode 2 if you’re attaching an Ultra HD Blu-ray player – thankfully, my test set defaulted to this setting. 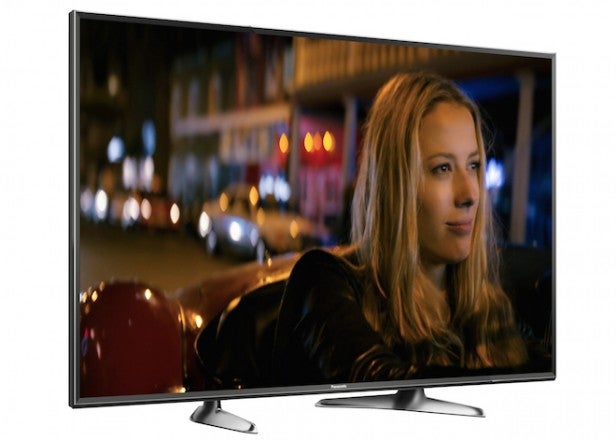 Ensure the TX-55DX600’s noise reduction systems are turned off when watching good-quality HD and all 4K sources too, to stop them potentially starting to look soft.

The rest of your time will likely be spent wrestling with the TV’s contrast and backlight controls, trying to minimise the problems caused by its use of an IPS-type LCD panel.

With the set’s Adaptive Backlight feature, for instance, you need to use the mid or high settings to get dark areas to enjoy a black-level response that’s even remotely convincing, since the minimum and off settings result in excessive low-contrast grey misting. Also note that the two highest Adaptive Backlight settings cause some pretty dramatic jumps in the overall backlight intensity at times, distracting you from what you’re watching.

What’s more, even on the highest Adaptive Backlight setting, the TX-55DX600B’s black-level performance is pretty uninspired by today’s standards. This might have you reaching for the backlight adjustment to try to make blacks look more convincing.

Unfortunately, the TV’s lack of native contrast means that even this usually tried-and-trusted approach fails to get the job done, tending to just crush out shadow detail and make the picture look too dark for comfort.