What is the Panasonic HC-VX870?

The HC-VX870 is the second model down in Panasonic’s new 4K camcorder range after the HC-WX970 that we reviewed recently.
It’s a very similar specification, but misses one key feature – a
second ‘selfie’ camera. This brings the price down by £250, making the
HC-VX870 an even more affordable entry point into shooting 4K video. We
don’t think you’ll miss that second camera much, either.

The
HC-VX870’s core specification is identical to the HC-WX970. The 4K
resolution is achieved with a 1/2.3-inch backside-illuminated CMOS
sensor, sporting 18.91 Megapixels. However, a mere 8.29 megapixels are
used when shooting 4K video, or 6.1 megapixels for HD. The extra pixels
are only harnessed for the Hybrid Optical Image Stabilisation and
Intelligent Zoom. The latter boosts the 20x optical to 25x in 4K mode
and 40x in HD mode. 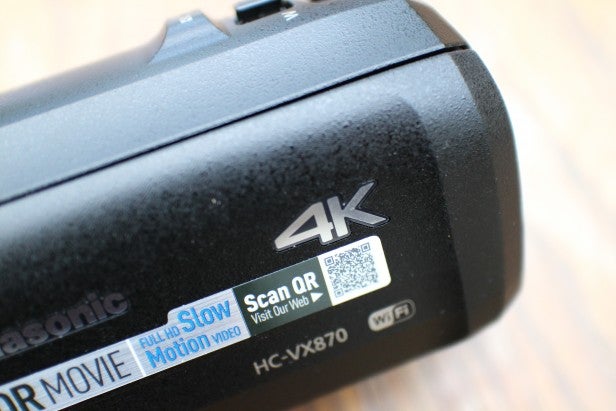 This sensor is also exactly the same as the one found in the professionally-oriented HC-X1000E
that we reviewed last year. Certainly, in this era of DSLR video
shooting, it does seem a little small, but a smaller sensor makes for a
more compact body with higher optical zoom ratios. So there are some
advantages for the more consumer-oriented user alongside the aesthetic
and low light sensitivity disadvantages.

Whilst the HC-X1000E
provides 4K video with a resolution of 4096 x 2160
(sometimes known as ‘true 4K’), the consumer models offer the slightly narrower, 16:9 aspect 3840 x 2160, or UHD-1. This is essentially four
times Full HD, and can be scaled down to fit a 1080-line HDTV without
any letterboxing or cropping. The top data-rate option, and indeed the
only one for 4K, is 72Mbits/sec, which isn’t up with professional 4K
camcorders, including the HC-1000E. But at this rate, even a 64GB SDXC
card will only hold around two hours of footage, so you probably
wouldn’t want it much higher anyway. 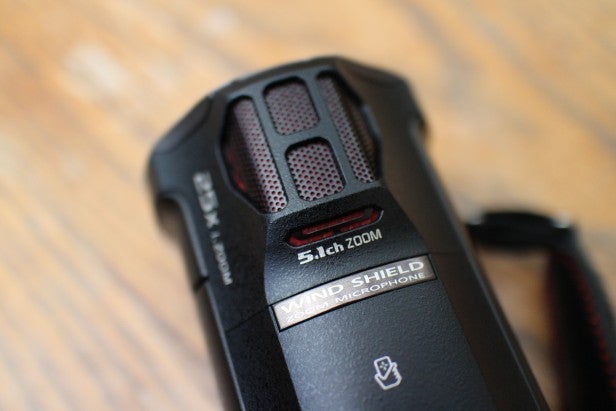 The
only thing we noticed missing compared to the HC-WX970 is the secondary
lens on the edge of the LCD screen. In the higher-end model, this
secondary lens is used to capture a picture-in-picture selfie, with
optional audio narration, alongside the main video. It’s a cute feature,
but not one we consider exactly essential for everyday videomaking. Nor
is it worth paying an extra £250 for, unless you’re particularly
enamoured with putting yourself in the picture.

However,
the arguably more useful enthusiast features of the HC-WX970 all
remain. There are mini jacks for an external stereo microphone and
headphones. Although an accessory shoe isn’t permanently built into the
camcorder body, a bracket is included in the box that slides into the
rear of the device to add a standard-sized shoe. So you can easily
attach wireless mic receivers, external shotgun mics, and video lights. 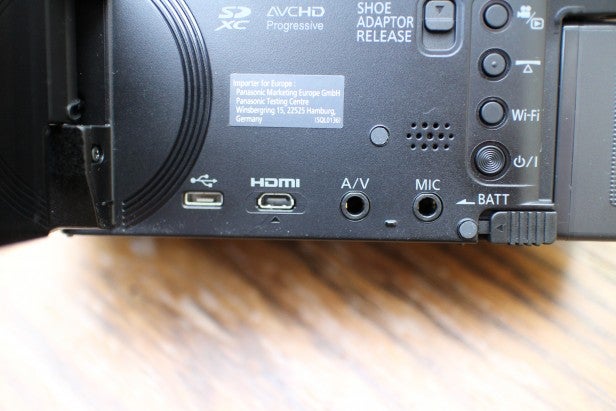 It’s
a shame that Panasonic has discontinued the lens ring we loved so much
on its top-end models of a couple of years ago. The dial that replaces
it next to the lens is still pretty useful, but not as intuitive as the
former lens ring. Pressing the dial in enables manual mode, and you can
then cycle through manual focusing, white balance, shutter and iris.
There are also some picture sharpness and colour adjustments available,
so you can really configure the way your camcorder is shooting, or leave
it in one of the Intelligent Auto modes for great results with minimal
user intervention. 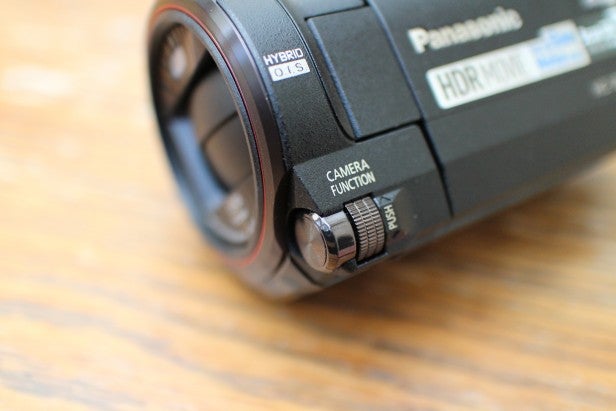 The
HC-VX870 doesn’t even lose the HC-WX970’s Wi-Fi functions. These
provide a comprehensive set of wireless access options. As well as being
able to control some of
its functions remotely with Panasonic’s smartphone app for iOS and
Android, it’s possible to connect the camcorder to your home
network to view remotely like a security camera, or stream video to a
DLNA-compatible TV. There’s even the facility to stream directly to a
USTREAM account, for live video broadcasting over the Internet.

The
headline feature with 4K is obviously the extra resolution, and the
HC-VX870 provides noticeably more detail in 4K mode than in HD. You will
need a 4K display or TV capable of showing off video at this resolution
in all its glory to really see the difference. But in most conditions a
consumer end user might want to shoot in, the HC-VX870 performs very
well, capturing a bright and colourful image. 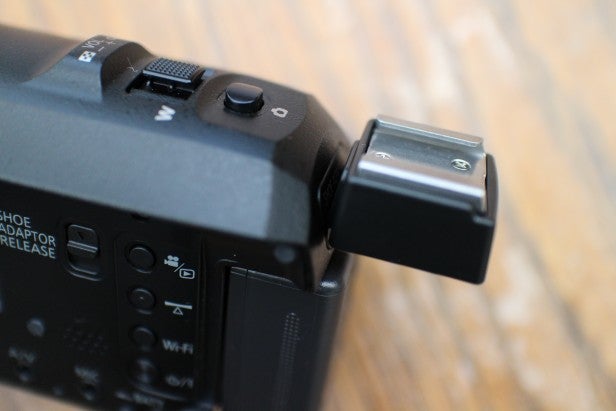 There
is an HDR mode with two options, as with the HC-WX970. This only works
when shooting in HD format. Whilst we can see the benefits of the effect
in high contrast lighting situations, it’s not as pronounced as the HDR
modes found on a lot of digital stills cameras. 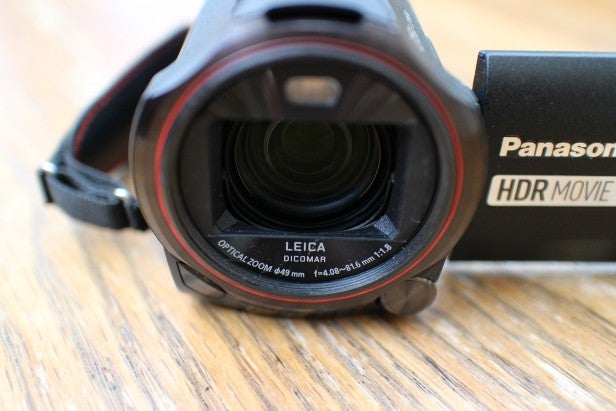 Overall,
footage from the HC-VX870 looks great compared to any consumer-grade
camcorder we have tested. Low light performance is excellent, with
barely a hint of grain and bright images down to low levels of
illumination. There’s a built-in video light to help out too, although
it’s not that powerful so its range is relatively short.

Should I buy the Panasonic HC-VX870?

The
Panasonic HC-WX970 may be the most fully-featured 4K camcorder you can
buy for under a grand. But the HC-VX870 is noticeably better value.
Unless you fancy that selfie camera facility, you get otherwise the same
camcorder and 4K image quality for considerably less, making it a much
more tempting proposition for most purchasers.

While you might wish for a large-sensor DSLR for its ability to swap lenses and get cinematic shallow depth of field, currently there is no decent sub-£1,000 DSLR that can shoot
4K video. So, for now, there is still a good argument in favour
of the HC-VX870. It does shoot great-looking video in 4K, is packed with
enthusiast features and isn’t hideously expensive at £650.