Given how small but bright the HD50 is, we weren’t surprised to find it running quite noisily, even while using the lower-intensity Eco lamp setting. The fan noise is at least quite smooth and even, though, unlike the high whining/buzzing noise presumably generated by the colour wheel. Once you’ve first noticed this it’s hard to unnotice it, and it can become quite infuriating if you have to sit near to the projector – within a couple of metres – or you can’t contain the noise in some way. 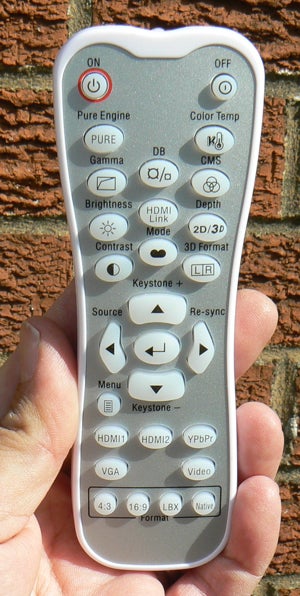 If you’re thinking of indulging in some serious gaming on the HD50, there’s more bad news. For after getting gaming pictures looking as we wanted them to look, our measurements of the projector’s input lag – the time it takes to render images after receiving image data at its inputs – recorded startlingly high numbers in excess of 160ms. This is easily high enough to compromise your performance with reaction-based games.

Another possible issue for some users is the lack of any built in audio system on the HD50, as this makes it less convenient to casual users who may not want to add it to a permanent home cinema set up. That said, the audio systems built into projectors are usually pretty nasty, as well as failing to make the sound seem attached to the pictures it’s accompanying.

One last thing to mention in this section is the HD50’s remote. This is quite elegantly designed and features impressively bright backlighting, though its layout is a touch confusing. The onscreen menus react a bit sluggishly to it as well, leading to regular accidental extra presses of the navigation buttons in the mistaken belief that our first press hadn’t registered. 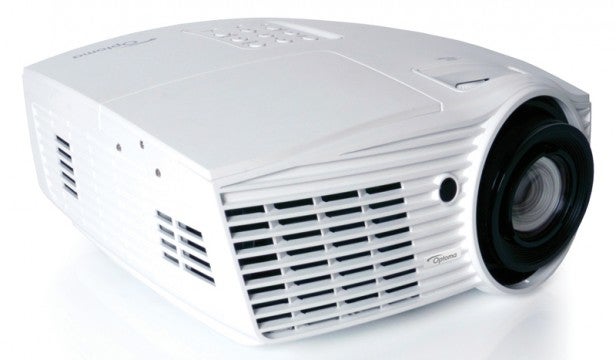 Should I buy an Optoma HD50?

With its impressive motion and, especially, detail enhancement processing, as well as its exceptional brightness, the HD50 can give you engagingly crisp, dynamic pictures. Its level of home cinema ambition is laudable too, even if in the final analysis it doesn’t quite have enough native contrast to fully deliver on its home cinema promise.

The need to try and distance yourself from its colour wheel noise is something to consider when deciding if the HD50 could suit your room layout, though, and if you’re a serious gamer its surprisingly high input lag makes it a seriously compromised proposition.

The recently tested BenQ W1070Plus is its most dangerous rival, as it produces startlingly agreeable pictures – and remarkably coherent audio, actually – for just £600. Or if you’re patient enough to save up more money, the outstanding Sony HW40ES is a stellar performer for £1800.

The HD50 takes home cinema very seriously. This is abundantly obvious both in the amount of picture adjustments and features it offers and the quality of many parts of its picture quality.

However, slightly compromised blacks, high input lag levels and a whiny colour wheel prevent it from being a stone-cold budget projection classic.