What is the Sony VPL-HW40ES?

At £1,900, the HW40ES is the most affordable model in Sony’s new home cinema projector range. It’s a full HD model with 3D playback built around Sony’s increasingly impressive SXRD projection technology. And it’s really rather good.

The HW40ES is both more attractive and more substantial than might be expected for its money. Its footprint is much bigger than anything you’d generally get from the similarly priced BenQs, Viviteks and Optomas of this world. Yet it wears its size really well courtesy of its gloss white or gloss black finish wrapped around a seductively curvaceous elliptical design dominated by the large lens that juts out from the centre of the front edge. 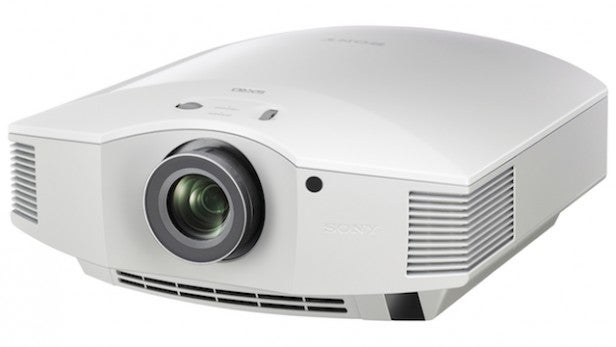 The size of this lens bodes well for picture quality, especially when backed up by a very respectable 1700 Lumens of claimed brightness. The fact that the projector uses three of Sony’s latest full HD Sony’s SXRD projection chips is also promising given the increase in quality Sony has managed to get from these chips on other projectors this year (including its groundbreaking VW500ES 4K model).

Connections are ranged down the HW40ES’s left side (as you look at it) rather than on its rear like you would see with most projectors. We guess this could be a little aggravating if you have to feed your cables in from the opposite side. And you could argue, too, that having a tangle of cables hanging out the side rather than the rear compromises the HW40ES’s good looks. But for most installations the side-mounted connections really shouldn’t be a problem at all.

Rather more important/disappointing is the absence of any 12v trigger outputs. These can be used for, say, firing up a motorised screen when the projector turns on, limiting this projectors potential in more complex installations. Aside from this, though, the HW40ES provides pretty much every connection you’d expect for its money, including two 3D-capable HDMIs, component video ports, a D-Sub PC input, plus a couple of system-integration options: an IR trigger socket and an RS-232 control port.

You can also, if you wish, use a LAN port to add an external 3D transmitter which offers an RF transmission alternative to the IR option built into the projector. Mind you, during our tests the built-in option worked just fine. Any remaining 3D fans out there should bear in mind, though, that you don’t get any free 3D glasses with the projector. We’re never fans of brands not providing at least one pair of 3D glasses with 3D-capable products, since so far as we’re concerned this means they’re not actually selling a complete product. We may be able to find it in our hearts to forgive the HW40ES for this faux pas, though, if it outperforms its sub-£2k price by far enough. 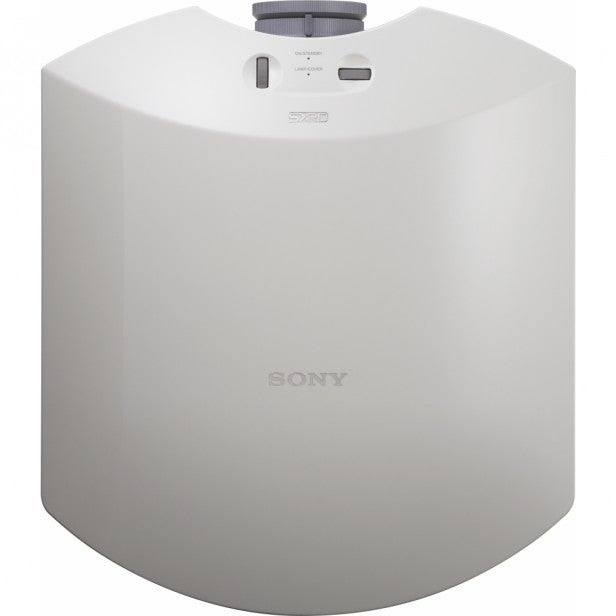 The HW40ES retains a couple of interesting processing features despite its relative affordability. First it’s got Sony’s Reality Creation system on board, designed to put back into Blu-ray pictures the colours and textures lost in the encoding process. Second it’s got Sony’s Motionflow engine for reducing judder when showing action scenes.

We wouldn’t generally advocate using such motion processing systems with projectors because of their tendency to both generate distracting image artefacts and make films shot at 24fps look like made-for-TV melodramas. But there are a couple of at least half-interesting Motionflow settings, including a Film mode which seeks to recreate (albeit a little too strongly for our tastes) the slightly flickery effect of celluloid projection.

One final feature worth mentioning is the retention on the HW40ES of Sony’s Dynamic Lamp Control feature for 3D, which syncs the brightness of the projector’s lamp with the opening and closing of the shuttering actions of the active 3D glasses – as in, the lamp brightens when the shutters are open, and dims when they’re closed. This results in a brighter image without compromising power consumption.

The HW40ES is very easy to set up in most ways. Its lens provides a healthy 1.6x quantity of optical zoom, and there’s also ample horizontal and vertical image shifting via two simple wheel arrangements on the upper edge. There are screw down legs to help you compensate for any wonkiness in your table, too. 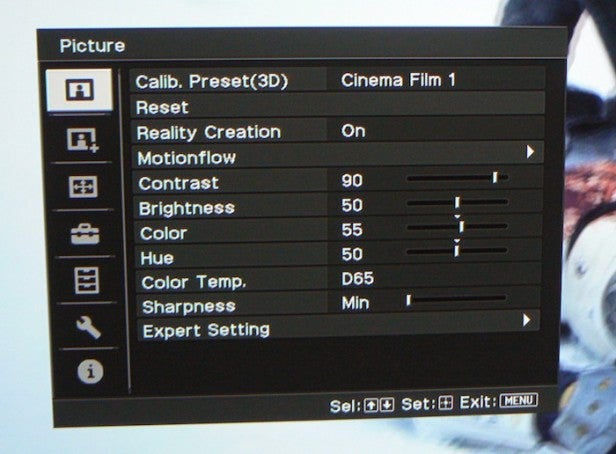 There are plenty of picture calibration tools available for people not afraid to get involved in the more technical side of AV, including gamma controls and colour management. The CM system uses Sony’s proprietary Real Colour Processing engine, and so isn’t very standard in the way it works. But it’s usable enough once you’ve figured out the basics.

Having said this, though, one of the HW40ES’s most commendable strengths is that some of its out-of-the-box presets are really very helpful, meaning anyone after an easy life can enjoy something approaching the best the HW40ES has to offer with little to no effort.