What is the Optoma HD50?

The HD50 is the latest in a remarkably long line of staggeringly affordable DLP projectors, delivering pictures specifically honed for home cinema up to 300in in size for just £999.

The HD50 certainly has its own look going on. It’s both narrower and higher than typical home cinema projectors, giving it a rather chunky look that’s not especially elegant, truth be told. Still, there is a good reason for the unusual height, as it’s enabled Optoma to fit on the front a startlingly, promisingly large lens.

There’s a focus ring protruding slightly from the HD50’s front edge, while the zoom wheel is accessed through a window on the projector’s top edge.

SEE ALSO: Our pick of the Best Projectors 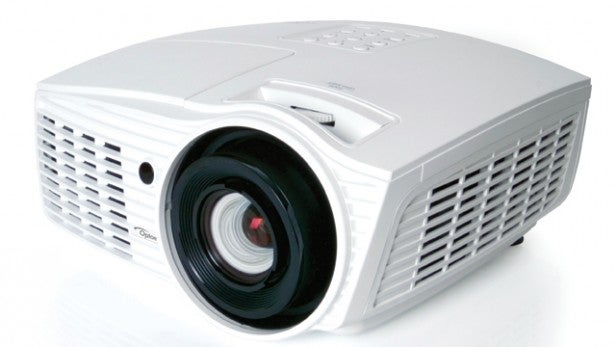 Also jutting out of the rear side of this window is a small horizontal wheel which, we’re pleased to report, provides a degree of optical shift. The amount of optical shift available is limited, but finding any at all at the HD50’s price point is a bonus.

Connections on the HD50’s rear tick all the boxes we could expect for £999. Highlights are two HDMIs, an RS-232 port for system integration, and a 12V trigger output you could use to automatically fire up a motorized screen. There’s also a jack for a 3D transmitter, though neither this transmitter nor any of Optoma’s RF, active shutter 3D glasses are included in the £999 price.

The HD50 is impressively ambitious with its picture specification. At its heart is a full HD single-chip DLP optical system, with a fast-spinning colour wheel designed to keep a lid on the rainbow effect colour striping phenomenon that can affect single chip DLP projectors. The images this system produces have been specifically tuned for home cinema as opposed to business presentations use, with both Cinema and Reference picture presets on hand to remind you of this fact.

If you’re not happy with the presets, the HD50 is crammed full of tools for fine tuning things, including colour and white balance management systems. Particularly unusual is the extent of picture processing Optoma has squeezed into its sub-£1000 projector. For starters there’s a Dynamic Black system that continually – and we mean literally frame by frame – adjusts the lamp output to optimise the projector’s contrast potential.

As a result of this technology the HD50 claims a startlingly high contrast ratio of 50,000:1 (usually we’d see something nearer to 10,000:1 for this price point) that sits handily alongside a high brightness output of 2,200 ANSI Lumens.

Getting back to the image processing, Optoma has confidently built some frame interpolation motion processing into the HD50 despite the tendency for such processing to look messy in the budget arena, while perhaps the most intriguing image system is something called UltraDetail, which Optoma’s PR blurb claims ‘ensures all the information contained in an image is faithfully reproduced on the screen giving a stunning crystal clear, pin-sharp picture’. The cynic in us is tempted to see this as a fancy way of describing a simple sharpness booster, but Optoma seems really keen to suggest it’s more than that, so we’ll be reserve judgment for now.

The HD50’s optical 1.5x zoom and vertical image shifting tools are very welcome findings on a budget projector, making it relatively easy to get your image positioned correctly on the screen. 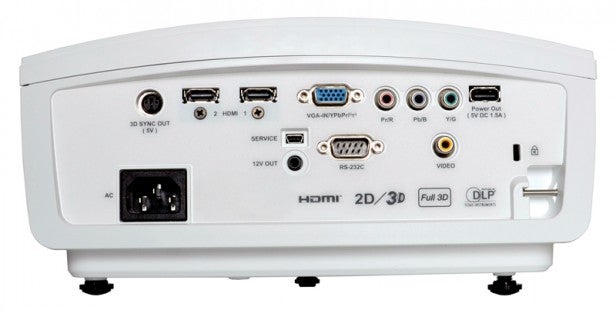 It’s also impressive to see Optoma going to the lengths it has to support a pro-level of image calibration. This is definitely not a projector content to limit its ambitions to a ‘casual use’ environment. This attitude is exemplified by its provision of separate Cinema and Reference presets – though actually we’d argue that neither of these presets is 100% successful, as they both fail to take account of the pros and cons of the HD50’s own specific optical system.

We found all the presets too aggressive, in their use both of the Brilliant Colour system and a separate Pure Colour processing system, to deliver the sort of accurate looking images Optoma appears keen to strive for.

As for the Pure Motion processing system, even though it’s actually unexpectedly good at reducing judder without causing unwanted side effects, we still ignored it for movie viewing as the HD50’s native motion handling is good enough to not to need any help.

Finally, to our surprise we found we liked to leave the UltraDetail feature on. In fact, it’s arguably the closest the HD50 gets to a ‘killer feature’.