Nvidia’s latest has plenty in common with the more expensive Titan X, so it’s no surprise that it destroyed our 1080p benchmarks. The GTX 980 Ti blasted through every test, with some results blazing past 100fps, proving it’s overkill at this modest resolution.

The GTX 980 Ti also proved very capable when we cranked up our games to 2,560 x 1,440. Batman and BioShock are two of our simplest tests, and here the Nvidia card triumphed: in the former it averaged a mighty 149fps; in the latter it stomped through at 103fps.

It’s even manages to keep up with Titan X: in Batman, the GTX 980 Ti was less than 20fps behind; and it was only three frames slower in BioShock. 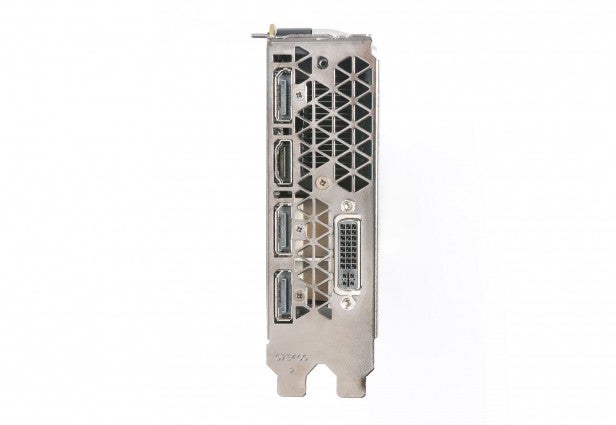 The GTX 980 Ti proved similarly dominant in tougher games at 1440p. In Battlefield 4, its 62fps minimum and 73.9fps average were within a frame of the Titan X, and in Crysis 3 the GTX 980 Ti averaged 62.6fps – easily playable, and only a couple of frames behind the more expensive card. In Metro, the GTX 980 Ti even managed to overhaul the Titan, with a 77fps average that was four frames better than the pricier GPU.

In 4K, too, the GTX 980 Ti proved itself. Its BioShock and Batman averages of 54.7fps and 82fps are top-class, and in Batman it achieved a minimum of 60fps, which means butter-smooth gameplay throughout.

The GTX 980 Ti returned a solid average of 37.2fps in Battlefield 4, and sped up to 42fps in Metro – and in both games it was only a couple of frames behind the Titan X.

The new card’s toughest test came in Crysis 3 at 4K, where it topped out at an average of 29.8fps. That’s playable – just – and it’s only one frame less than the Titan X.

We tested using Middle-earth: Shadow of Mordor, and while we don’t have a direct comparison to the Titan X, it’s clear that the GTX 980 Ti can handle this game at its toughest settings. At 1440p, it averaged 85.2fps; at 4K, it romped through at 47.3fps.

The close ties between the GTX 980 Ti and the Titan X are highlighted in 3DMark. In the Extreme benchmark the GTX 980 Ti’s result of 7,405 was less than 200 points behind the Titan, and miles beyond the 5,620 scored by the standard GTX 980.

That pattern repeated in the Unigine Heaven benchmark, where the GTX 980 Ti returned 1440p and 4K scores of 51fps and 21.9fps. They’re within a frame or two of the Titan, and much further ahead of the GTX 980. 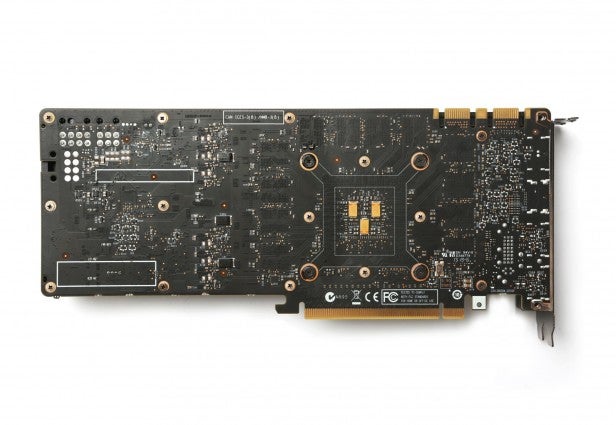 In fact, there’s no competition between the GTX 980 Ti and the GTX 980 in any significant test: it’s around 30% faster in games benchmarks across the board. In many titles this represents the difference between poor and playable 4K frame rates.

It’s an impressive set of results, which should see the GTX 980 Ti able to handle other kinds of high-end gaming hardware too. The Oculus Rift VR headset works well with the TitanX, so we can’t imagine the GTX 980 Ti faltering in its place. Similarly, monitors featuring Nvidia G-Sync technology and 144Hz refresh rates shouldn’t pose a problem for the GTX 980 Ti either, albeit at 1080p and 1440p rather than 4K.

We’ve no qualms about the GTX 980 Ti’s power consumption or heat levels. Its top temperature of 82°C was similar to Nvidia’s other two high-end cards, and actually a little cooler than AMD’s last-generation flagships. And our test rig’s total power usage of 330W fell between the cheaper and more expensive Nvidia chipsets. As ever, good cooling is essential – but the GTX 980 Ti doesn’t display any unusual demands.

Before buying any high-end graphics card there are few things of which you should take note. Make sure you have both six- and eight-pin connectors free on your PSU, and that your power supply is plentiful for this card – anything with more than 600W should do the trick.

Your motherboard needs a full-speed PCI Express x16 slot free, and check that your case has enough room; the GTX 980 Ti reference model is a lengthy 267mm.

As usual, you’ll have to buy this card from one of Nvidia’s board partners, and there’s already a decent amount of choice on the market.

The cheapest start at £550, but at this price cards won’t be overclocked. You’ll still be able to do some overclocking yourself, however. Tweaked cards start at around £570 – but even then improvements are modest: one PNY card added only 10MHz to the memory clock and nothing to the core.

You’ll need to spend around £590 if you want an overclocked core. Cards from Zotac are available with an extra 51MHz added to the core and 10MHz to the memory, and a £595 model from EVGA boasts a 1,102MHz core but no memory tweaks.

The fastest GTX 980 Ti available right now is from Zotac, featuring core and memory boosts of 253MHz and 220MHz respectively – but it costs £620. 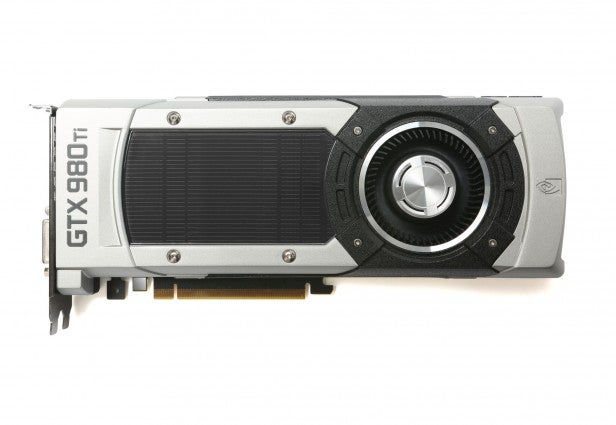 Few of the cards mentioned above have major physical differences – after all, there’s no way the GTX 980 Ti can really be made much smaller. A handful of partner cards have extra fans or water-cooling units, but that’s it.

In other, general considerations AMD and Nvidia’s cards stack up pretty evenly on monitor-syncing technology, with AMD offering FreeSync and Nvidia offering G-Sync. Both company’s latest cards also offer full support for DirectX 12, making them Windows 10-ready – which you choose will largely come down to price and performance.

Nvidia’s offer of a free copy of Batman: Arkham Knight thrown in isn’t particularly enticing right now, considering there are a number of issues with the game.

The GTX 980 Ti is a hugely impressive card. Its performance is close to Nvidia’s Titan X, with the cut-down memory configuration appearing to have little impact – and it also trounces the GTX 980 in every important benchmark.

There’s little doubt, though, that this is a high-end GPU: it’s a stonking buy for those playing on 4K or other high-end formats, but it’s overkill if you want to game on a 1440p screen or below. The AMD Fury X also looks like being a strong competitor, and we’ll be reviewing it very soon.

If you’re searching for a new 4K gaming card then the GTX 980 Ti won’t disappoint. It has Titan X levels of performance but it’s hundreds of pounds cheaper – so what’s not to like?

Got your new graphics card inside your PC? Take a look at our verdict on the best FPS games, or get a screen that does your new GPU justice with our round up of 2015’s best monitors.