What is the Nvidia GeForce GTX 950?

This is the cheapest card from Nvidia’s latest series of GPUs, but the GTX 950’s budget status can be misleading – this is one of its most intriguing new products to date.

The GTX 950 is the first card I’ve seen designed for a particular genre of game. This Nvidia core targets the burgeoning MOBA and 1080p gaming categories. Nvidia says it’s got tweaks that can improve performance in titles like DOTA 2, League of Legends and Heroes of the Storm. 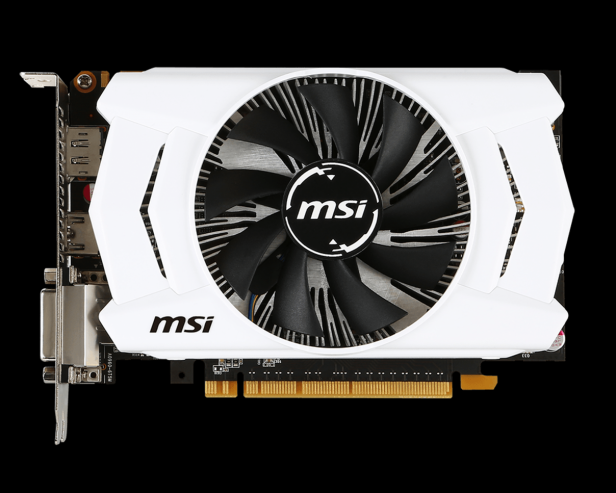 Nvidia GeForce GTX 950 – Under the Hood

Nvidia’s new features are designed to make MOBA gameplay smoother. The faster core is paired with a mechanism designed to produce fewer pre-rendered frames – Nvidia claims the card will decrease input latency in key titles, like DOTA 2, by 50% when compared to a GTX 650.

Software features aim to get the best MOBA performance too. The latest GeForce Experience driver has an auto-optimisation feature that can prioritise maximum graphical performance for minimum latency. In-game overlay can also quickly access recording, instant reply and Twitch streaming.

Nvidia is working on bringing these features to other cards, but they debut on the GTX 950. Elsewhere, the software is business as usual: There’s support for DirectX 12, OpenGL 4.5, OpenCL 1.2 and HDMI 2.0.

Nvidia continues to rely on its Maxwell architecture. This impressive design has underpinned Nvidia’s graphics cards since 2014 and it’s made huge improvements to components power draw while upping framerates.

First generation Maxwell hardware increased cache sizes to facilitate reductions in memory bandwidth. Stream multiprocessor redesigns improved task delegation to make the GPU more granular and efficient when it came to resource assignments. The second generation of Maxwell is used in the GTX 950. It further granulated the streaming multiprocessor design while making improvements to memory configurations – again, moves designed to improve both performance and power consumption.

The GM206 core inside the GTX 950 is a versatile part that’s also inside the beefier GTX 960, which means the GTX 950 boasts 2.9 billion transistors inside its 227mm chip. To make this cheaper card, Nvidia has simply disabled two of the GM206 core’s Graphics Processing Unit – so it has six, rather than the eight installed in the GTX 960. That means it’s got a modest 768 stream processors. 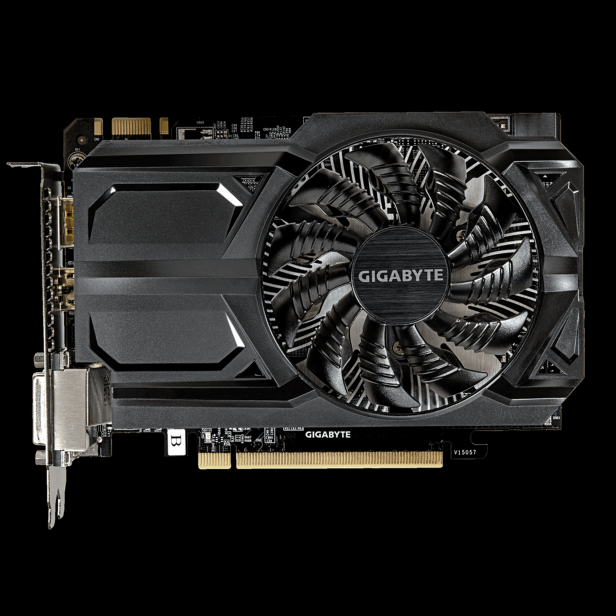 Nvidia lists the GTX 950 as being available in 2GB and 4GB variants, but only the former is currently available – a slight concern when memory is one of the big graphics battlegrounds right now. More affordable cards now have 4GB of memory and AMD is pushing the envelope with its High Bandwidth Memory – a more effective replacement for the GDDR5 that’s still at the heart of Nvidia’s hardware.

There’s no set reference design for this card, so it’s down to board partners entirely. Most samples should require a single six-pin power connector, and the modest performance levels of this card means there’s scope for innovation here – don’t be surprised to see smaller versions built or even passively-cooled models appear.

The GTX 950 is designed as a 1080p card, so I’m pleased that Nvidia’s latest didn’t have any issues during my benchmarks at this resolution.

Its poorest 1080p average came in Crysis 3, where it managed a still-swift 38fps, and its best Full HD average was in Batman Arkam Origins, where it romped through at a monster 108fps. Both of those results ensure smooth single-screen gameplay, although tougher titles did see the GTX 950’s minimum framerates falter a little. Its Bioshock Infinite minimum of 26fps is a little below the 30fps figure I prefer, and it could only manage 22fps in Middle Earth: Shadow of Mordor. Results like that won’t cause anything other than occasional stutters, but I did have to turn the graphical settings down a little to get games running with impeccable smoothness.

Nevertheless, the GTX 950 convincingly beat the R7 370 at 1080p. The Crysis 3 average of 38fps is three frames ahead of the AMD card, and the table-topping 108fps score in Batman easily outpaced the 84fps from the R7 370. The GTX 950 ran through Metro: Last Light at 54fps, while the Radeon fell behind with 46fps. 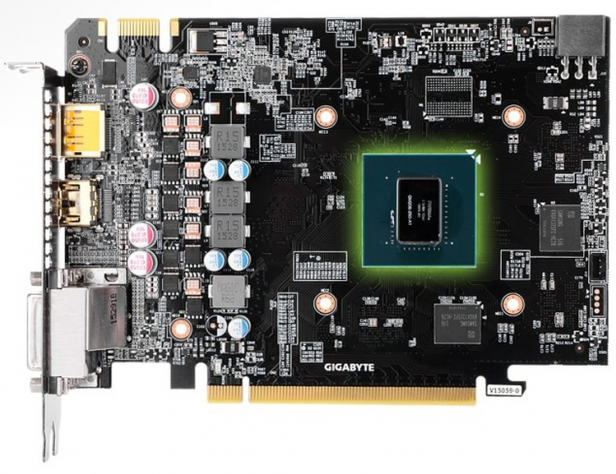 The GTX 950 is designed for 1080p gameplay, but I tested the titles at 2,560 x 1,440 to see if any were playable. It managed playable averages in four of my test titles, with its best pace coming in Batman with an average of 63fps. The GTX 950’s dominance over the R7 370 continued at this higher resolution – the Nvidia card only fell behind in Middle Earth: Shadow of Mordor, where its 26fps average couldn’t keep up with the Radeon’s 32fps result.

In other games, though, it couldn’t run smoothly at 1440p. Tougher titles like Crysis 3 saw the GTX 950 slip to sluggish minimum and average framerates of 16fps and 23fps. This card will play some games at 1440p, but many won’t run smoothly unless graphics settings are toned right down.

The GTX 950 was ahead of the R7 370 in almost every benchmark. Nvidia’s dominance was illustrated in our synthetic tests: its 3D Mark Fire Strike score of 5,809 easily beat the 4,969 scored by the Radeon. In Unigine the GTX averaged 28.1fps, which was four frames better than the AMD card.

Nvidia’s card did all this while proving more frugal. Its idle power draw of 61W is far better than the 96W requirement of the AMD card. At peak, the GTX 950 inside my test rig required 171W – again, much less than the 192W of the R7 370.

The lack of an Nvidia reference design for the GTX 950 means board partners can be imaginative with their own cards. That means there’s already a huge amount of variety available.

Cards are available at prices between £126 and £150, and models come in longer dual-fan designs or in smaller single-fan enclosures that will fit inside tighter spaces. As time goes on I wouldn’t be surprised if passive versions began to appear for use inside silent systems – after all, the GTX 750 Ti was made as a fanless card by some board partners.

Almost all the GTX 950 cards available are overclocked, but the situation here is a little murky. Cheaper products from Palit, Gainward and Gigabyte only boost the core by between 2MHz and 40MHz with no boost to memory. They’re tiny tweaks that won’t have a noticeable impact on gameplay. 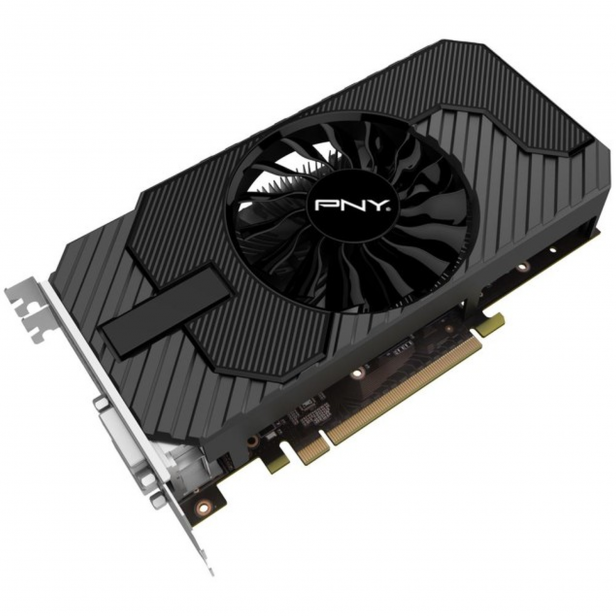 Other cards have more ambitious tweaks. An EVGA model comes with a core boosted to 1,152MHz, and another one of that firm’s cards runs at 1,165MHz. The best overclocks are found on cards nearer to £150: a Zotac model has a core at 1,203MHz and memory at 7,020MHz.

AMD’s R7 370 isn’t quite as versatile. Board partner cards tend to be larger, and the most ambitiously tweaked chip only improves the core from 975MHz to 1,050MHz with memory upped by 100MHz to 5,700MHz.

Nvidia set out to build an affordable 1080p card with the GTX 950, and it’s an undoubted success: It’s faster than the R7 370 in almost every benchmark without costing any more, and it’s even got the grunt to handle some games at 1440p. Many of Nvidia’s software features are designed to aid MOBA players, but this card has the performance to excel with any genre at Full HD. The GTX 950 is the market leader when it comes to affordable 1080p GPUs.