The most affordable card we’ve
seen from AMD’s new graphics range is the Radeon R9 380, which comes in
at just £155 in its 2GB configuration and £170 for the 4GB model.
That’s cheap for a card that’s designed for high-end gaming, and AMD
hasn’t held back with its ambitions – the firm reckons this chip can
handle top titles at 1440p.

The R9 prefix marks this out as a fully fledged gaming product, although bear in mind that this isn’t a Fury-branded part.
This means it’s made from last year’s silicon, with performance
improvements delivered by architectural tweaks and clock boosts. 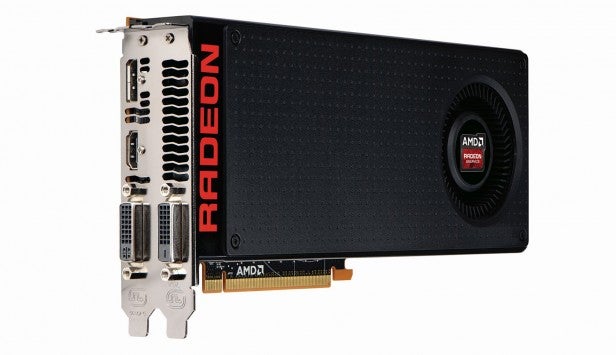 The R9 380 is built around the Antigua core. This is a level down from the Tonga Pro GPU in the R9 285,
the last card to be released from last year’s AMD range that
debuted an updated version of the Graphics Core Next architecture.

AMD hasn’t only jammed the old core inside a
new package. It has also tweaked the internals to deliver better performance
while consuming less power, which means the TDP has dropped slightly.
AMD has also upgraded the speed – the R9 285’s 918MHz core has been
raised to 970MHz.

On the inside the R9 380 is still made from
1,792 stream processors divided into four Shader Engines. This is the
familiar Graphics Core Next layout that’s been inside AMD hardware for
the past four years.

Those memory
tweaks are the biggest changes in a modest update. So the overall
performance level of the R9 380 has jumped only a little – the R9 285
churned out 3,290 GFLOPs of single-precision performance, and the R9 380
manages 3,477 GFLOPs.

SEE ALSO: Our Verdict on the Best SSDs 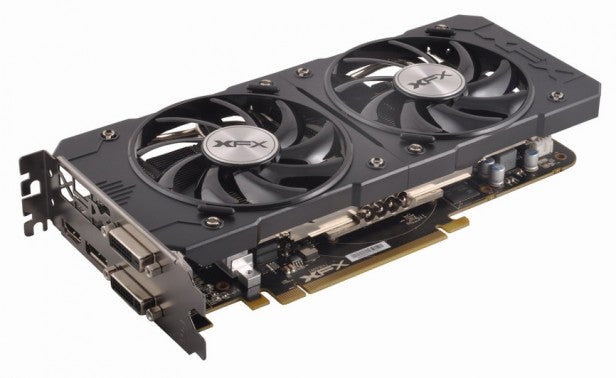 It’s a revision rather than a revolution, but that should still provide enough oomph to compete with the Nvidia GeForce GTX 960.
The GeForce card has fewer transistors and only 1,025 stream
processors, and its 112GB/sec memory bandwidth suffers because of its
128-bit bus – which makes it half the width of the AMD card. The GTX 960 fights back
with a core clocked to 1,127MHz, and it’s also available in 2GB and 4GB
configurations.

The R9 380 is a mid-sized card that generally
stretches 221mm from front to back, so it should fit inside most ATX
cases and plenty of smaller ones. It requires two six-pin power
connectors, and supports all of AMD’s current features including Mantle,
Vulcan, TrueAudio and Virtual Super Resolution. It also supports
DirectX 12.

AMD’s new card also introduces a couple of new
features. Eyefinity is more versatile, with support for five monitors in
landscape mode, custom resolutions and less stringent output options.
ZeroCore is used to put the GPU into a sleep state when a PC is idling,
which cuts down power consumption.

The gap closed
when we started to run real-world games tests. In Battlefield 4, the
AMD card was one frame back at 1080p and one frame faster than the GTX
960 at 1440p. The AMD hardware didn’t exactly impress in Batman either, where its 1080p and 1440p averages of 92fps and 65fps are extremely
comfortable, but behind the GTX 960.

AMD’s card
began to turn the tables in BioShock Infinite. Its 1080p average of
79fps is behind the GTX 960, but that doesn’t matter much with such high
averages – and at 1440p the R9 380’s 51fps result is four frames
quicker than the Nvidia hardware.

The R9 380 built a solid lead
in Crysis 3. It’s the toughest game in our suite of titles, and at 1080p
the Radeon card averaged 50fps – six frames better than Nvidia. Its
31fps average at 1440p is playable, too, and one frame ahead of the GTX
960. The AMD card was comfortably ahead in Metro: Last Light, too; its
70fps 1080p average was eight frames behind the Nvidia, and it was six
frames faster at 1440p. 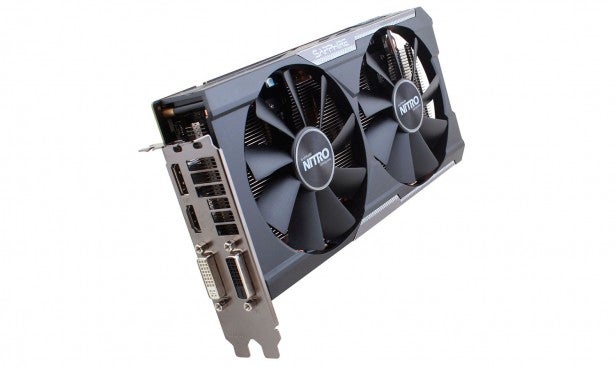 The
Radeon’s decent leads were backed up by Unigine Heaven. In this
benchmark, the AMD card was four frames faster at 1080p and two frames
better at 1440p.

The AMD card’s thermal performance was
inconsistent. We had no issues with its heat or noise output, but our
test rig’s peak power consumption of 310W isn’t too impressive. It’s 23W
less than the R9 285 need, sure, but it’s more than the 196W required
by our test rig with a GTX 960 on-board.

The Radeon fell behind
the Nvidia card in a couple of our test games, but it took the lead in
the majority of our titles – as well as in both theoretical tests.
Competition aside, it has ample power for 1080p gaming, and it fulfils
AMD’s remit for 1440p too: it managed 30fps or better in every single
game. In a handful of situations it even managed playable 4K frame rates.

Bare
in mind that all of our tests were run with the 4GB version of the
card. Tests have shown that the drop from 4GB to 2GB costs between one
and three frames per second in most games, which isn’t much impact right
now. For future-proofing, however, we’d advise that you buy a 4GB card.

The AMD card’s conventional reference design means that board partners have good leeway to create their own cards.

Retail
prices for R9 380 chips range from £155 to £179, and tweaked chips are
available immediately. Models from Sapphire and XFX cost £155 and £156
respectively, and have cores clocked to 985MHz and 990MHz. However,
both are 2GB models – a move that will likely limit the impact of the
overclock.

Pricier models are more ambitious. A XFX model costing £165 is 2GB thanks to core and memory
clocks boosted to 1,030MHz and 5,800MHz. The most
affordable 4GB version costing £170 is made by Sapphire and also arrives
overclocked. 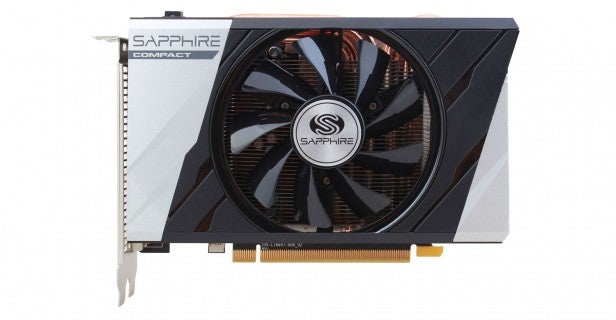 Most
of the R9 380 partner cards are at the larger end of the scale, but
Sapphire produces a compact model that still packs a modest overclock,
with a core that runs at 980MHz. Measuring 170mm long, it’s
ideal for small-form-factor builds.

So although the R9 380 offers decent versatility, the older GTX 960 has more partner cards available. Prices range from
£152 to £209, with 4GB models starting at £190. There are a greater number of small
versions available, and most GTX 960 models also come with a free game –
something that AMD doesn’t offer with the R9 380.

There’s one
more thing to bear in mind with the R9 380: AMD’s OEM model. Rarer than the consumer card, it will
only be found inside machines from system builders, but it’s worth keeping an eye out for. That’s
because the OEM model has the same core, but lower core and memory
clocks of 918MHz and 5,500MHz.

Want a new monitor to show off your new GPU? Check out our verdict on the greatest PC screens available today. If you need some new games to really stretch a new graphics card, see our feature on the year’s best FPS titles.

The
R9 380 represents an attack on the more conservative
and efficient approach of Nvidia’s GeForce GTX 960, and on the whole, the AMD card
does its job well. It’s slightly faster than the GTX 960 in
our tests and holds a steady if small advantage at higher resolutions.

It’s
a double-edged sword, though, with higher power consumption, fewer
board partner cards and smaller overclocks because of the older
architecture.

For most users, though, these issues will be of
little consequence such that if you want a card for 1080p or 1440p
gaming right now, and your budget is around £150, then this is the card
to buy.