We’d normally take vanilla Android over the layers other manufacturers such as HTC and Samsung slap on top. That’s because these user interface skins can impact performance and rarely add much. It’s too often a case of gimmick before function.

This all changes when you get to a gargantuan smartphone like the Nexus 6.

Apple realised that it’s a struggle to reach certain sections of the iPhone 6 Plus screen because of its size, and added a feature that drops the display halfway to make search bars and app icons more accessible. Samsung has added not one but three features to the Note 4 to make it more thumb-friendly, including the handy ‘Side key panel’. The Nexus 6 has nada. We’d give an inch of screen for a nifty trick to make Google’s phone easier to use – but then we wouldn’t need it. 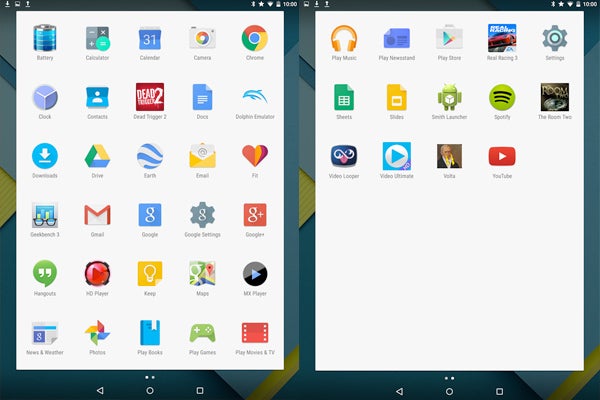 In all other respects Android 5.0 Lollipop is a big step forward for the OS. For a start the new design, called Material, looks far more contemporary. It’s sleek and slick and ready to come to blows with pretty boys iOS 8 and Windows Phone. The soft navigation keys are now simple shapes, while real-time shadows add some depth to what’s on display.

There’s more to it than just a facelift, though. Google has added more functionality to notifications, with pop-up messages now appearing within apps so you can deal with them without having to exit anything. 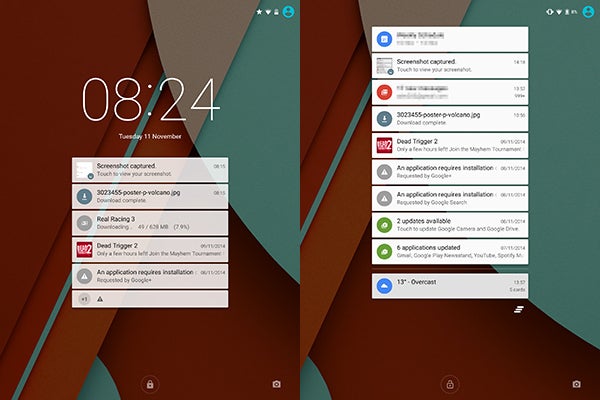 It’s not often that we can say Android pinches ideas from iOS – it’s usually the other way around – but Google has added some features to Lollipop that Apple’s had for a while. These include the new lock-screen notifications and easy access to Flashlight, a handy app we can’t believe has eluded stock Android for so long. 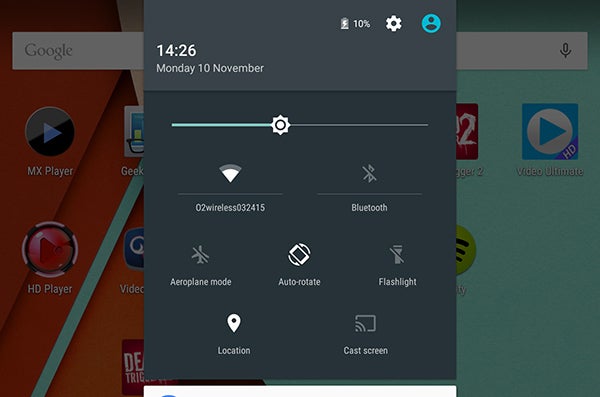 Other changes include some rather neat innovations. Instead of accessing silent mode via the quick settings, it appears by pressing the volume buttons. This surfaces the Do Not Disturb feature with a minimum of hassle. 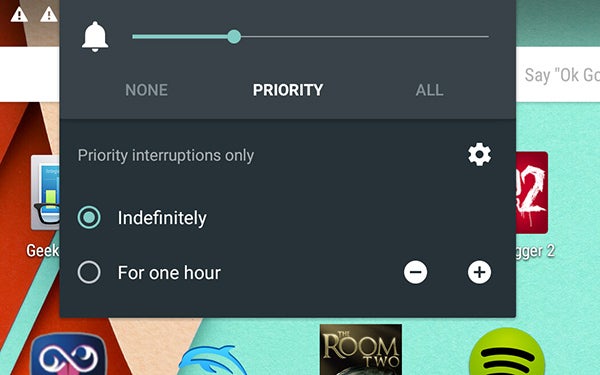 Profiles and guest modes are another feature that we’ve been clamouring for on stock Android and iOS smartphones. This staple of Android tablets lets you set up profiles for other users with permissions limiting the damage other people can do to your phone. So you can lock down certain apps, such as the web browser, if you want to let a young child pop some piggies on Angry Birds.

Behind the scenes Android 5.0 does things very differently. It’s been built from the ground up as a new,  64-bit operating system. The larger number of bits means some parts of the phone, like memory registers, work more efficiently and can therefore boost performance. It also supports more than 3GB of RAM, meaning Android is now ready for the phones of the future.

Does it affect the Nexus 6, though? Not that much – the Nexus 6 has a 32-bit Snapdragon 805 processor. However, Android 5.0 is a new operating system, so updates offering tweaks and optimisations over the coming months should improve performance on the Nexus 6 further. It’s already a more stable experience than on the Nexus 9 we reviewed last month.

If you’re an early adopter the stock Android on the Nexus 6 should appeal. As with all Google products the Nexus 6 will get Android updates sooner than any other brand of phone.