What is the New Nintendo 3DS XL?

Let’s cut to the chase. The New Nintendo 3DS XL is, without doubt, the best version of the 3DS ever, and the most feature-rich, comfortable and cleverly thought-out Nintendo handheld since the DS Lite. It has a fantastic 3D screen that actually works in 3D, a processor that’s better equipped for handling more advanced 3D games, and a built-in secondary analogue pad that – with some minor reservations – renders the old Circle Pad Pro accessory unnecessary. It’s a brilliant device.

In terms of weight and proportions, the New Nintendo 3DS XL is so similar to the old Nintendo 3DS XL that there’s barely anything worth mentioning. It’s a few millimetres wider and thicker and has a flatter top, while the weight has crept up by around 6g.

The screens aren’t merely the same size, but the exact same resolution, with a 4.18-inch, 320 x 240 resistive touchscreen at the bottom and a 4.88-inch, 800 x 240 screen at the top. By smartphone standards that’s not much of a resolution, and even less so when you consider that it’s divided into 400 x 240 per eye by the 3D tech. Yet this is the crispest, brightest and most vibrant display we’ve yet had on a 3DS, and certainly the one on which 3D is most effective. 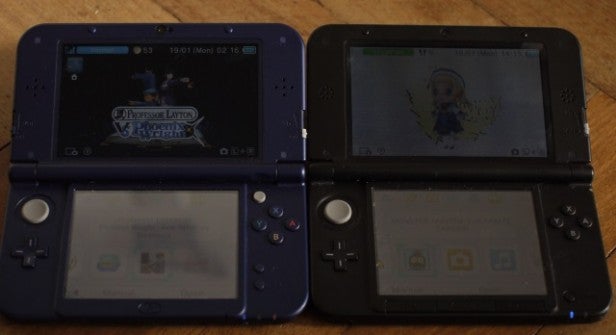 Basically, it uses data from the front-facing camera to track your head, continually adjusting the inner workings to ensure you don’t get ghosting or double-vision, but do get a convincing 3D view. It still has its wobbles when you move your head a lot, pause to drink some coffee or look elsewhere for a while, but I’ve been playing Monster Hunter 4 and The Legend of Zelda: Majora’s Mask for hours with 3D turned up halfway or even full, when the slider on the old 3DS XL rarely made it beyond zero. The screen really does seem to have some depth, like a tiny window into the game world.

Otherwise, the major physical changes relate to the layout.The cartridge slot has moved to the front, near the left-hand corner, while the headphone socket now sits at the centre. The stylus slides into a slot to its right, while a new power button has been crammed in where you’ll tend not to spot it, right near the front right corner. The back houses the charger socket, which works with existing 3DS chargers, and there are some new ZL and ZR buttons in between the old L and R buttons at the rear. With these, along with the two analogue pads, the digital D-pad and the Start, Select, X, A, B and Y buttons – now colour-coded – the 3DS XL can now match the controls of the old GameCube. 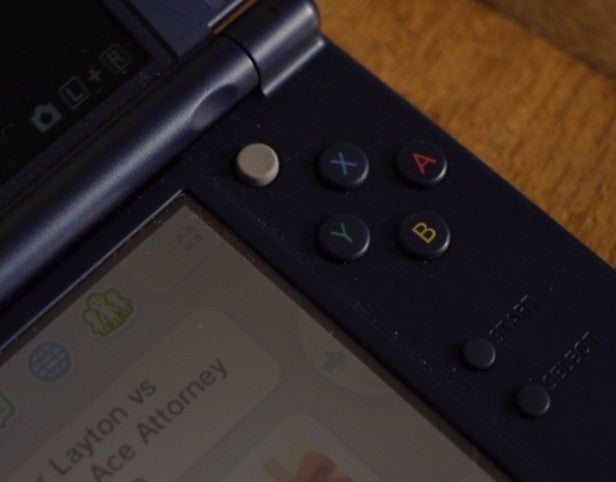 Of course, the second analogue pad isn’t an analogue pad as such, but a weird little nub or nipple, of the sort we still see on Lenovo’s business laptops. Like those, it takes getting used to, and even after a few weeks we don’t find it that intuitive or precise. It’s fine for moving the camera around in Majora’s Mask and Monster Hunter 4, but I really wouldn’t want to try playing shooters with it. In fact, the 3DS’s tilt-and-touch controls are better for precision aiming.

We aren’t going to grumble about Nintendo’s decision to replace SD cards with microSD cards for storage. At least it hasn’t done a Sony and gone for some pricey, proprietary format. What we will grumble about is that the slot is concealed beneath a removable back plate, which comes off only when you’ve removed two tiny screws. Of course, this stops them getting lost, but it also makes it much harder to switch cards quickly or copy photos taken with the 3DS camera to a laptop. Nintendo will be offering alternative backplates with different colour options and custom designs, though, so you will get more opportunity to customise. 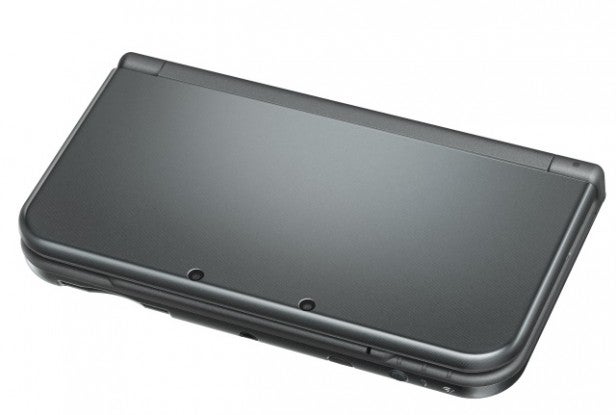 If you have an existing 3DS, you can copy your old games and save files to your new one using a new application that transfers data wirelessly between your 3DS and PC, or you can also migrate them from 3DS to 3DS. However, doing so deletes or makes unusable the data on the old card, meaning you can’t hand your old 3DS on to another family member and leave them to play your old games if you want to carry on playing them on the new 3DS, at least if you buy your games online from Nintendo’s own store.

The new processor doesn’t make an awful lot of difference right now. We’re hearing word that some recent games which occasionally struggle to run at a consistently smooth frame rate on the old model have no problems on the New 3DS XL, but the real impact will be felt when we see games that only run on the new model, or with enhanced visuals over existing 3DS consoles. Similarly, the new unit’s support for NFC and Nintendo’s Amiibo figures could be telling, though at the moment there’s not enough software to make it feel worthwhile.

Nintendo claims that the cameras on the New 3DS XL work better in low light – handy on a device that’s used mostly indoors – and there seems to be some truth to this. There’s less noise and images are that little bit clearer. All the same, with 0.3-megapixel sensors the quality still isn’t up to much. Although you may get better results with the 3DS’s automated Mii Maker or take slightly better looking 3D snaps, the results will still be far behind even the most basic smartphone camera. 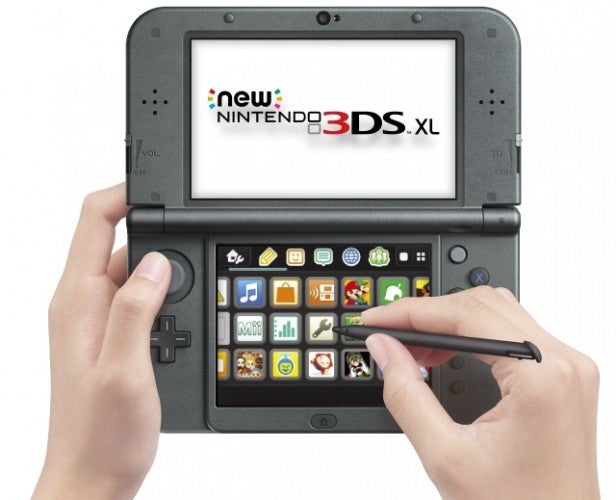 All the same, we’re talking minor grumbles. We might have hoped for a proper secondary analogue stick or a boost in screen resolution, accompanied by some kind of upscaling from the processor. All the same, neither absence comes as a major disappointment.

The one thing that is disappointing is battery life. Nintendo claims the New 3DS XL lasts for between 3.5 and 7 hours while playing 3DS games, but we’ve still found the red warning light flashing at around four to five hours – still much sooner than we would expect. We all know that you need to make sacrifices for a bigger screen, but Nintendo could and should have done more.

Should I buy the New Nintendo 3DS XL?

If you fancied buying a 3DS but haven’t done so, it’s high time you did. When the 3DS first came out we had our doubts – the launch software line-up was weak, and there were serious questions about how a dedicated handheld could survive in a world of cheap, great smartphone games. Nintendo responded the way it always does: with games.

The 3DS’s games library is now chock full of brilliant titles, from the Zeldas and the Marios to RPGs, adventure games, action games and puzzlers. and the New Nintendo 3DS XL is the machine where you’ll see them at their best.

For existing 3DS owners, it’s a tougher call. Unless you’re desperate
for some Amiibo goodness, there’s no compelling reason to upgrade from a
3DS XL right now – though the improved 3D effect comes pretty close.
Owners of the original 3DS might want to think about it, though.
Supersizing with the New Nintendo 3DS XL makes every game look and feel
better.

There are now tons of great 3DS games out there, and if you want the best way to enjoy them you should buy a New Nintendo 3DS XL. Existing 3DS owners might find it hard to justify the upgrade, though.