Which new Nintendo console is the better buy?

Next week sees the launch of not one but two fresh iterations of Nintendo’s popular 3DS handheld. The New Nintendo 3DS and New Nintendo 3DS XL both share the same updated CPU, Super Stable 3D technology, additional controls and support for microSD media cards, but in terms of physical form they are quite different.

Given the popularity of the standard 3DS XL over the 2011 launch model, is it a given that you should pick the larger of the two, or does the standard version – which has been given a slight size bump over the original 3DS and comes with collectable cover plates – a more acceptable middle-ground?

Let’s find out in our New 3DS vs New 3DS XL guide. 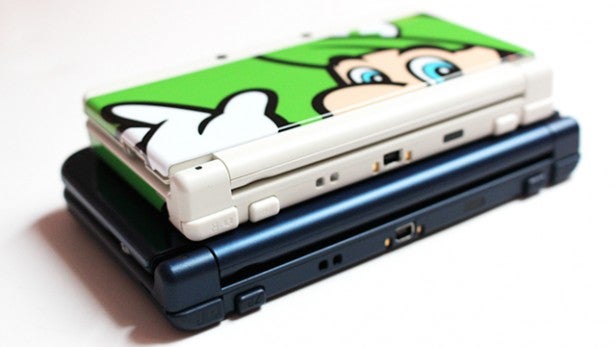 In terms of pure internal tech, the New Nintendo 3DS and New Nintendo 3DS XL are exactly the same. The system is compatible with all existing 3DS and DS software, and can connect to the 3DS eShop to access digital download content. Both systems boast resistive touch screens that can be interacted with using your finger or the bundled stylus, and both benefit from additional control inputs, such as a second analogue stick and two extra shoulder buttons.

Also common between the two models is an improved CPU which will be used to create New Nintendo 3DS exclusive games in the future – the first being Xenoblade Chronicles 3D – but will also deliver performance improvements from day one.

Navigating the menu is faster, as is the process of booting the system and toggling between games and the Home screen. Also, titles like Super Smash Bros. for Nintendo 3DS and Monster Hunter 4 Ultimate – the latter of which launches alongside the console – have been developed to take advantage of the improved specifications. Monster Hunter 4 Ultimate runs at a smoother frame rate on the New Nintendo 3DS and New Nintendo 3DS XL, for example. 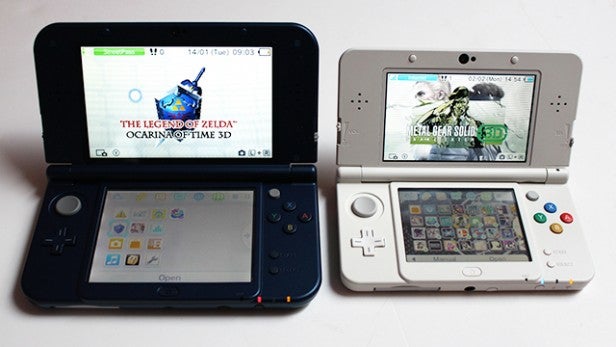 While we’re on the subject of cosmetic concerns, it’s also worth pointing out that the glossy outer case of the New Nintendo 3DS XL is an absolute fingerprint magnet; seconds after extracting the larger console from its packaging we noticed that it was covered in smudgy, greasy marks – and we’d barely even handled it. 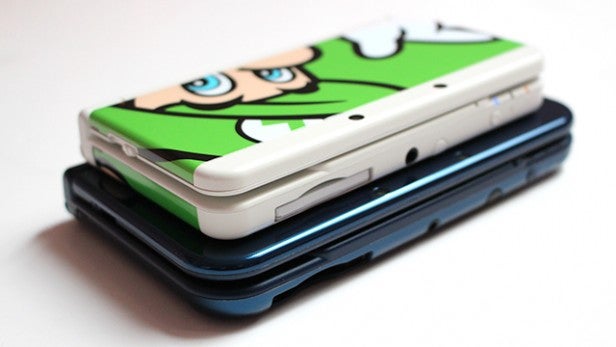 While it may not be quite as portable as the standard model, the increased bulk of the New Nintendo 3DS XL brings benefits with it.

Its screens are larger, with the upper display – the one that delivers the auto-stereoscopic 3D effect – offering 4.88-inches of viewing space on the New XL, while the New 3DS model’s upper screen is a full inch smaller. Meanwhile, the lower, touch-enabled screen is 4.18-inches on the New 3DS XL and 3.33-inches on the standard New 3DS.

However, the actual resolution of each screen is exactly the same across both consoles, so it’s not like the XL gains any definition or additional pixels.

As the New 3DS is a touch larger than the original 3DS, we’d say it offers an acceptable halfway house for those who found the original 3DS too small and the New 3DS XL too bulky. This new edition remains pocket-sized and portable but offers a better viewing experience. 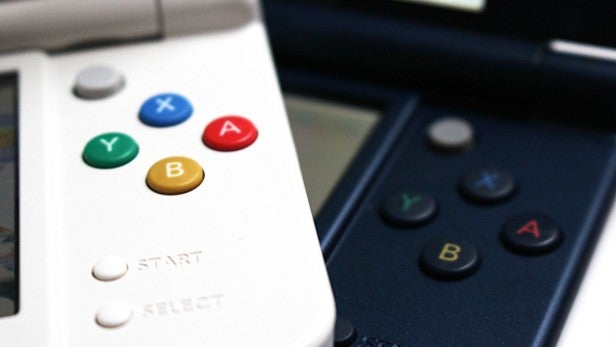 Battery life is another area where the XL’s larger size gives it an edge over its smaller sibling. Nintendo quotes between 3.5 and 7 hours of playtime on the New 3DS XL, with the lower figure offering an indication of how much stamina the console has when the 3D effect is switched on, and the higher figure showing the kind of performance you can expect with the 3D off.

The standard New 3DS is also quoted as offering around 3.5 hours with all features turned on, but can only muster 6 hours at the upper end of the stamina scale.

You might assume then that it’s a foregone conclusion – the New Nintendo 3DS XL offers small but significant gains over the standard version, not only in screen size but also in terms of battery longevity. It also goes without saying that the larger model is more comfortable for adults with big hands.

However, when you bring those delicious cover plates into the equation it suddenly becomes a lot harder to pick between the two. 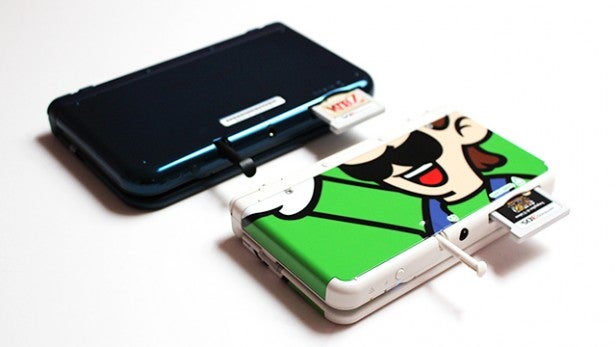 Cover plates are exclusive to the standard New Nintendo 3DS and clip onto the front and back of the unit. The front plate can be popped off easily, but the back plate is secured by two screws – a security measure to prevent it being removed accidentally and exposing the battery and microSD card bay.

In Japan there are over 40 different cover plates now available, and while the majority of these feature art from Nintendo properties like Mario and Smash Bros., Nintendo has wisely allowed third-party publishers to create their own designs, too. Capcom’s Monster Hunter plates are especially fetching.

At launch here in the UK there are 10 New 3DS cover plates to choose from.

The appeal of collecting these cover plates and customising the New Nintendo 3DS surely needs no explanation, and the fact that it’s possible to mix and match different plate pairs means even more combinations. This aspect alone could tip the scales in favour of the standard model of the system, but there are other positives to mention, too. 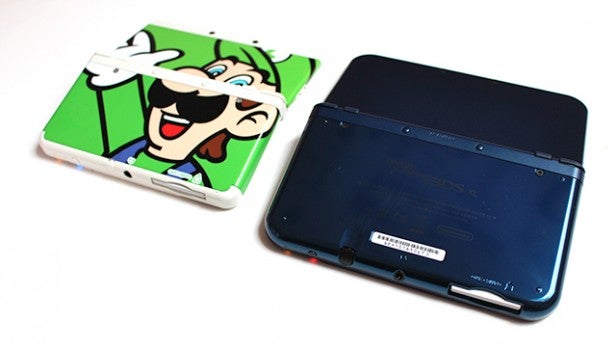 While common sense might suggest that the standard New Nintendo 3DS is the one to go for, the XL model still offers a lot of benefits – and Nintendo clearly feels it’s a strong choice as it’s the only version of the new hardware that will be launched in North America – the standard model is currently exclusive to Europe and Japan.

Which model is right for you depends largely on what you value in a handheld. The New Nintendo 3DS XL has slightly better battery life, bigger screens and – if you possess especially large hands – is easier to hold for prolonged periods of time.

The standard New Nintendo 3DS has customisation and portability in its favour, not to mention price; it will cost £149.99 while the XL version will be priced slightly higher at £179.99.

Regardless of which version you pick, you’ll want to invest in a large capacity microSD card at the earliest possible opportunity. Both machines come with a 4GB card as standard, and if you plan on taking advantage of the 3DS eShop then that will fill up fairly quickly.

It’s also worth noting that neither variant comes with a charger – so if you don’t already own a 3DS system then you’ll need to pick one up.

Whichever version you decide upon, what you’re getting is the best iteration of Nintendo’s best-selling handheld console.