The MSI is an affordable gaming laptop built around the Nvidia GeForce MX150. Despite the different nomenclature, it’s from the Pascal range used in other gaming notebooks – including the GTX 1050 inside the Acer.

The MX150 is named differently because this low-end chipset is designed for casual gaming and eSports rather than high-end, Triple-A titles. That means a cut-down specification. It has 384 stream processors rather than the 640 included in the GTX 1050, and its 2GB of GDDR5 memory is half the allocation in the Acer Nitro 5. 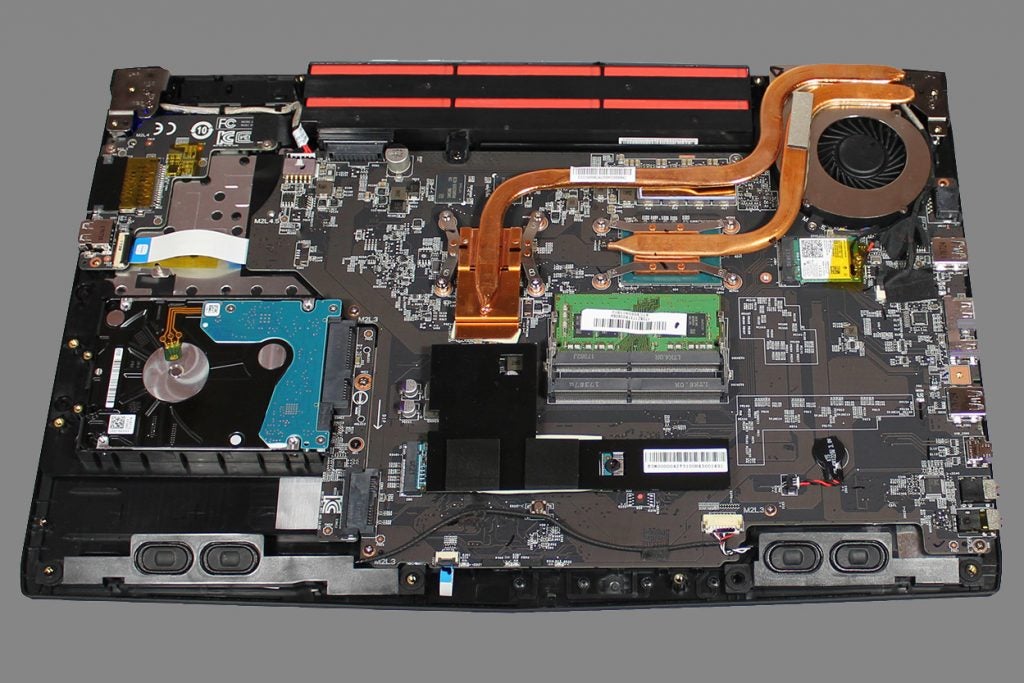 The cut-down core is designed for casual games and eSports titles, and the MX150 had no problem with either. It played DOTA 2 and League of Legends at each game’s top graphics settings, with average frame rates beyond 60fps. I can handle Counter-Strike: Global Offensive, too.

That’s great, but the MX150 is less adept at playing high-end games. It couldn’t get beyond 25fps in Tomb Raider or Shadow of Mordor when run at High and Ultra settings.

Instead, to get top-end titles running at 1080p you’ll have to dial back the graphics. I only got Tomb Raider running with a 35fps frame rate when I used its Low graphics present, and I hit 40fps in Shadow of Mordor by running at Medium settings.

This is one area where the Acer’s GTX 1050 is a step ahead. That machine ran Tomb Raider at 45fps and hit 43fps in Shadow of Mordor – and its 3DMark: Fire Strike Ultra score of 964 points is much quicker than the 545 points extracted from the MSI.

The MSI’s modest graphics chip is paired with a Core i5 processor – the same i5-7300HQ included in the Acer. It runs at 2.5GHz and it has four cores, but no Hyper-Threading. Both machines also have 8GB of memory, albeit in a disappointing single-channel configuration.

The two machines are close performance-wise, although the Acer’s better GPU saw it sneak ahead in benchmarks. The MSI scored 3489 and 8647 in the Geekbench tests, for instance – but the Acer was a few hundred points ahead in both tests.

Those scores are no surprise, and they’re also unlikely to make much difference in the real world. The Core i5 chip won’t bottleneck games, and it has enough speed and cores to handle general-purpose computing and modest multi-tasking.

The Toshiba XG3 SSD is a bit of a mixed bag. It’s read pace of 2,095MB/sec is great, and several times better than the Acer drive, but its write pace of 575MB/sec is more mediocre – so at least loading and boot times should be good. It isn’t huge, either: you’ll soon feel the pinch from the 128GB drive if you’re installing games. 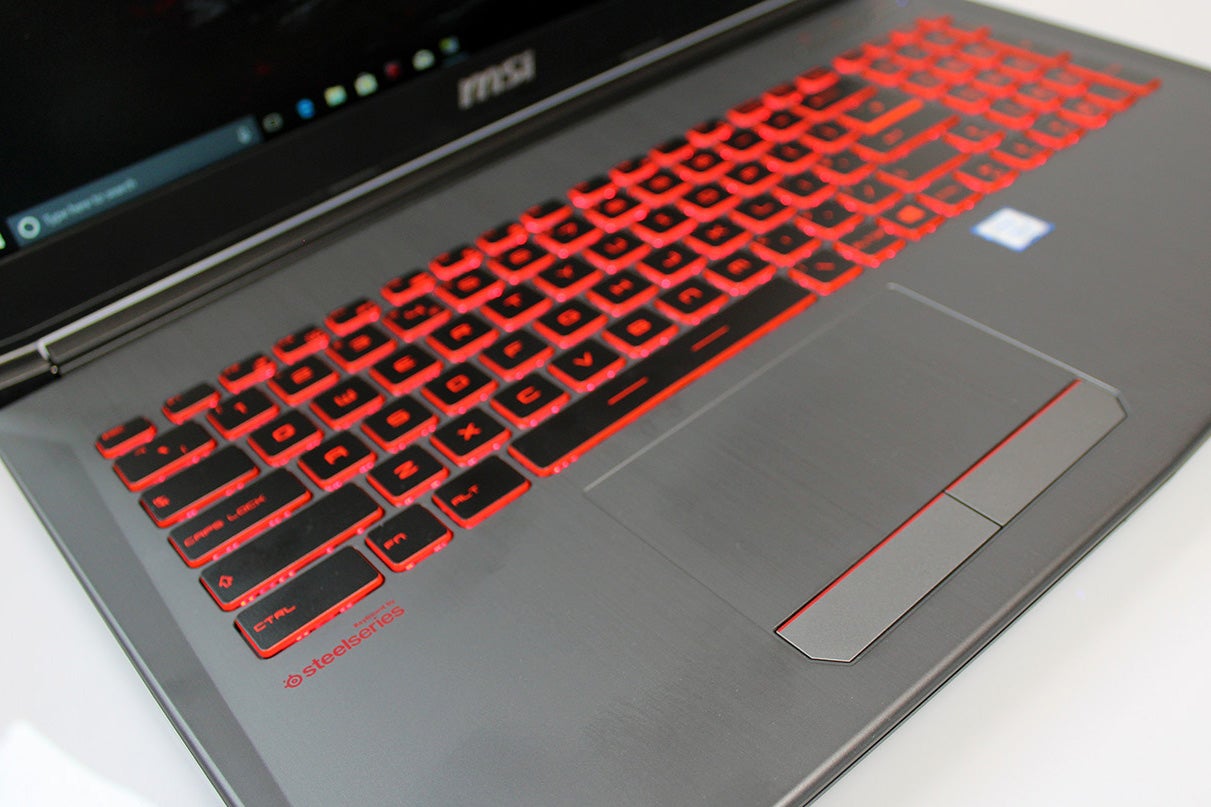 The modest components never presented thermal problems. The CPU and GPU peaked at fine temperatures of 63°C and 80°C, and peak noise levels were consistent and quiet. In this respect, the MSI is similar to the Acer – no surprise considering the hardware inside both machines.

The MSI has a 41Wh battery, which is only middling, and it lasted for 2hrs 41mins in the Powermark test – almost an hour behind the Acer. You won’t get more than 90 minutes of gaming from this machine before having to plug in.

The MSI isn’t a powerful portable, but it’s certainly persuasive.

The MX150 graphics chip has enough power to handle eSports games, casual titles and older favourites, and it’s paired with a fine Core i5 processor that’ll be capable in video editing workloads. The SSD offers fast read speeds, the keyboard is reasonable, and the laptop is lighter and better-looking than its nearest rival.

Of course, there are compromises. The MSI’s screen offers poor contrast, the battery is mediocre, and the MX150 chip is easily outgunned by the GTX 1050 inside the more expensive Acer.

Those issues are expected, though, and none of them are deal-breakers. This isn’t the best gaming notebook on the market, but it’s one of the best-value offerings I’ve seen. If you want a laptop for eSports and less demanding games, and your budget won’t stretch beyond £1000, this is a solid alternative.

The MSI’s lightweight, attractive design, sufficient power and ability to handle eSports titles and modest games make it a solid choice as a bargain gaming laptop.