The keyboard is made by experts at SteelSeries, so I had high expectations for this unit, which has a red backlight and buttons topped with a futuristic font.

It’s a chiclet keyboard, but it’s certainly one of the best I’ve seen. The base is sturdy and the keys are flawless in their consistency. The keys are some of the quietest I’ve used on a gaming laptop, and soft, but they’re also some of the fastest. 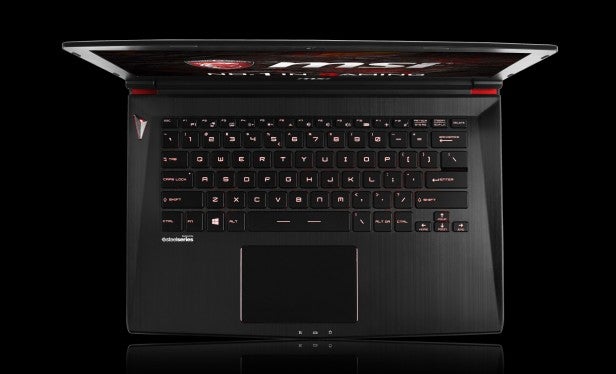 The MSI’s keyboard is very similar to the Macbook Pro in terms of feel and quality – and that also brings it in line with the Asus ROG Strix GL702VM, which had a similar feel and level of quality. The MSI is a little softer and quieter than both.

The comfortable, coddled keys are fantastic for typing but, as usual, they’re merely fine for gaming. That said, this is a familiar laptop compromise, and the MSI’s keyboard is better than what’s available on most other gaming notebooks. There’s another compromise in the layout on this small notebook, as there’s no room for a numberpad.

It’s managed by the SteelSeries Engine 3 software. This tool can change the backlight intensity, and it also has a macro editor for every key and the ability to save profiles – a boon that many gaming notebooks don’t provide.

The touchpad is good, too. The surface is fine, and the buttons are faster and more clinical than their equivalents on other gaming notebooks. They feel much like a proper gaming mouse, although they do press down a little too far. 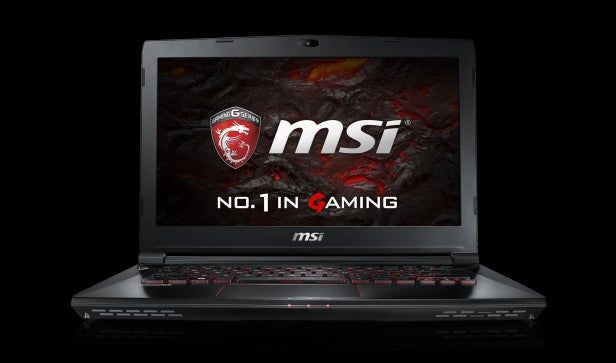 The efficient components helped the 61Wh power pack deliver a standard battery test result of four hours and 18 minutes. That’s a little better than many gaming notebooks, but it’s not a game-changing improvement – the Asus was only about 40 minutes poorer in the same benchmark.

That still means that you’re going to struggle to get beyond ninety minutes in a tough gaming test, so you’ll still need to stay close to a plug socket with this machine.

Should I Buy the MSI GS43VR 6RE Phantom Pro?

On paper, this is a deeply impressive laptop: a fast and capable gaming machine that’s smaller and lighter than rivals.

The GTX 1060 impresses in games benchmarks, the processor is fast, and its keyboard, trackpad and screen all succeed.

However, there’s one major issue: heat. Several areas of this machine are simply too hot to touch when it’s running at full blast, with more manageable temperatures only attained when the GPU was reigned in. That sort of compromise is disappointing – but, perhaps, not surprising – on a laptop that’s designed to be more portable than most of its rivals while also costing more.

It’s a huge shame for such a small notebook. The GS43 is excellent in several key areas, not least its size and gaming performance, but it’s tricky to recommend unless you’re comfortable with compromised speeds in order to keep the temperatures down.

There is something to be said for its incredibly light weight, and if you’re constantly travelling between gaming events and also have an external keyboard (so you don’t have to touch the hot built-in ‘board), these issues will be less troubling. For most people, though, it’s downright annoying.

MSI’s laptop promises huge performance in a slim and stylish exterior, and it certainly delivers in benchmarks. However, the tight confines mean that heat is a big issue, with temperatures that are only tamed by making big clock speed compromises. It’s a shame, because there’s plenty to like here – but the GS43 isn’t worth buying unless you’re willing to settle or really do need a tiny gaming portable.