What is the MSI GS43VR 6RE Phantom Pro?

Gaming laptops are huge and bulky, right? Not this one. The MSI GS43VR 6RE Phantom Pro packs a high-end punch, but the components are installed in a chassis that’s just 23mm thick and with a 14-inch screen.

That makes the MSI far smaller than its rivals, and instantly tempting for those who want mobile gaming without having to lug around a heavy and chunky notebook.

This system is only possible because key components have become far more efficient. The GTX 1060 is a full desktop chip with 1,280 stream processors alongside 6GB of memory. It’s a huge leap: this card has 4.4 billion transistors, while its laptop-only predecessor had 1.8 billion. 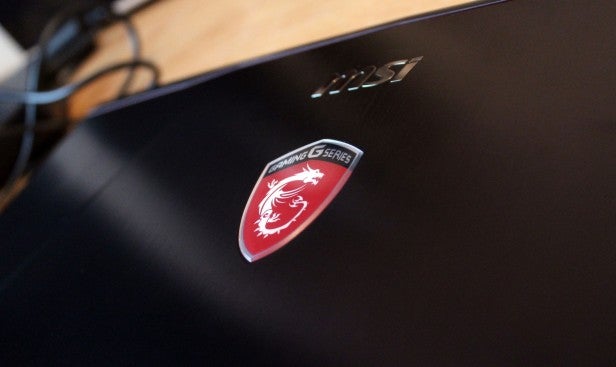 MSI has used the mobile version of the GTX 1060 in this laptop, which has a 1,404MHz core – still a formidable speed, but 102MHz slower than the desktop version.

The Core i7-6700HQ has four Hyper-Threaded cores, a 2.6GHz stock speed and the efficient Skylake architecture, which is another boon for a slim laptop.

It’s a solid high-end specification. That brings it into competition with conventional machines like the Asus ROG Strix GL702VM, which had the same CPU, GPU and SSD, albeit in a larger design – and, crucially, for £300 less.

Ethernet and 802.11ac wireless is controlled by Qualcomm’s Killer gaming brand, and the exterior offers up USB 3 and Thunderbolt alongside an SDXC card slot and HDMI and DisplayPort outputs.

Sadly, no alternative specifications are available. That’s an area where the Asus has an advantage, as a version is available that adds a better processor and more memory for £1,350.

This machine follows MSI’s familiar design blueprint. The exterior is coated with dark, shiny aluminium, and the lid has the MSI Gaming Series logo – a white dragon on a red background. Red rings the touchpad, and that colour is used for the backlight. 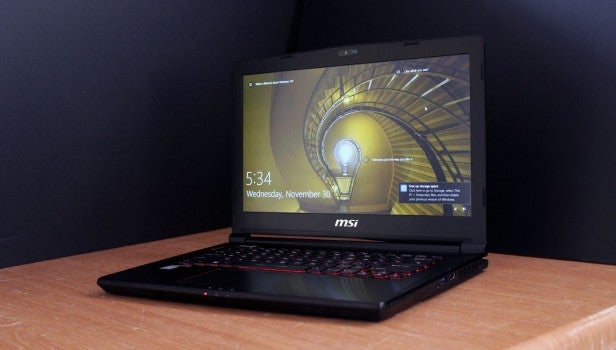 The GS43’s 23mm body weighs 1.8kg, which means it undercuts every rival: the Asus is a more traditional gaming notebook with a 17.3in screen that weighs a kilo more. The GS43 is more in line with standard consumer laptops – a notebook like the Dell XPS 15 weighs 1.78kg and is a little thinner, but there’s not much between the two.

The MSI looks the part and undercuts its rivals, but build quality isn’t as good as beefier machines. That’s understandable, but be aware that the base panel can easily be pushed inwards to touch the components, and that the screen is slim. The wrist-rest feels too hollow, although the underside of the keyboard is sturdier.

The entire base panel pulls away for interior access. There aren’t any spare ports, but the SSD, hard disk and two memory sticks are all accessible alongside the battery and cooling hardware. 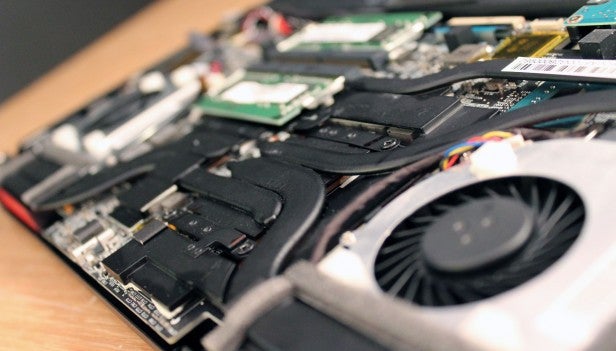 There are plenty of software options on this machine, with most controlled through MSI Dragon Center. It’s one of the better notebook utilities: its system monitor has ample information about clock speeds, temperatures and fan RPM, and five different profiles can be saved.

Dragon Center has a companion mobile app, and further small tools to manage connectivity, audio and the screen.