The MSI’s six-cell battery lasted for 2hrs 53mins in our standard 40% screen brightness test, which is reasonable for a gaming machine, but the Asus lasted for four hours thanks to its eight-cell power pack.

The GE72 proved no stronger in gaming tests. I ran the Unigine Heaven benchmark with the screen at 100% brightness and the MSI lasted for 43 minutes. If you want to play games with this machine then don’t stray from the mains.

A 30-minute emergency charge saw the MSI regain an impressive 46% of its capacity, but that’s only good enough for 1hr 20mins of light use with the screen dimmed – and less than 30 minutes of gaming. 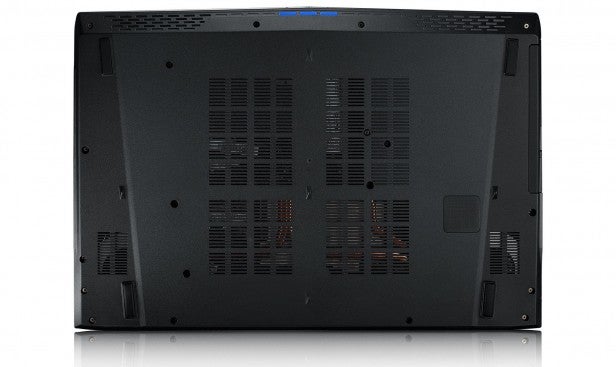 The MSI still has enough power to play top games at decent quality. It easily handled BioShock Infinite’s Ultra settings with an average frame rate of 57fps, and it ran through Battlefield 4’s High graphics level with a 37fps result. It could only run Crysis 3 at Low settings, but it still managed a decent average of 28fps – and the game still looked top-notch.

The GE72’s application benchmarks followed the same pattern as the gaming tests. The MSI’s PCMark 7 score of 4,982 is acceptable, but it’s unable to match the 5,950 scored by the Asus. And its reasonable Geekbench result of 9,874 lags behind the G751JL’s 13,100 result.

The MSI doesn’t equal the Asus for pure power, and it couldn’t quite match its rival for thermal performance either. The processor and graphics core topped out with temperatures of 89°C and 81°C during stress tests, with the former a little hotter than the Asus, but the graphics core much toastier. 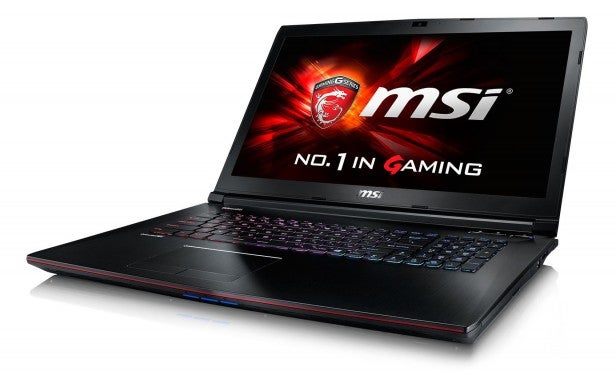 Minimal heat made it to the outside of the machine, however, and the noise was kept to reasonable levels. There wasn’t much throttling at play, either: the processor continued to pelt along at 3GHz and the graphics core used Turbo to hit 1,202MHz at its 100% load. Despite these more positive points, it’s still a loss for the GE72 – it’s hotter than the Asus despite having weaker components.

Don’t expect record-breaking speed from the C: drive. The SSD’s sequential read and write speeds of 496MB/sec and 325MB/sec are only average, and not far ahead of the Asus machine. So although loading times will be decent, they’ll easily be beaten by machines with SATA M.2 drives or RAID arrays. 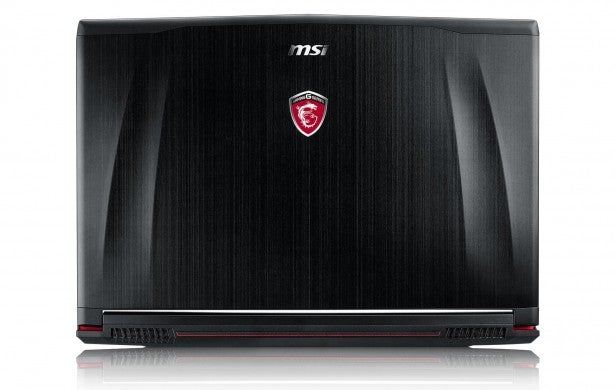 The MSI has the size and the looks to rival most gaming notebooks, but its £999 price is a double-edged sword. It’s cheaper than most high-end portables, but the cut-backs are evident in several departments: the screen, keyboard and build quality aren’t as good as the equivalents on the Asus G751JL, which is costs around £100 more than the GE72.

Those compromises extend to the components. The MSI has enough power to play games at impressive graphical settings, but the Asus is faster still – and it’s better in applications, and has more memory too.

None of the GE72’s issues are deal-breakers, which makes the MSI desirable for those wanting a big gaming laptop for less than £1,000. However, £100 more will buy you the Asus G751JL, which outperforms the MSI in every important category.

MSI’s latest gaming laptop is a capable £999 machine offering enough power to play games at high graphics settings. However, it suffers a host of minor problems that just aren’t present on notebooks costing only a little more, so I’d be inclined to fork out £100 more and opt for the Asus G751JL instead.

Got a new gaming laptop? Your next stop should be to check out the best PC games of 2015 so far – and then the greatest headphones we’ve seen this year.