What is the Moto E5 Plus?

The Moto E5 Plus is an solid phone for the money. Battery life is class-leading, the screen is decent and performance, while not perfect, is better than that offered by Alcatel and Honor at the price.

However, it doesn’t look or feel as good as the Moto G6 range, and you will notice the extra power offered by the Moto G6 Play. 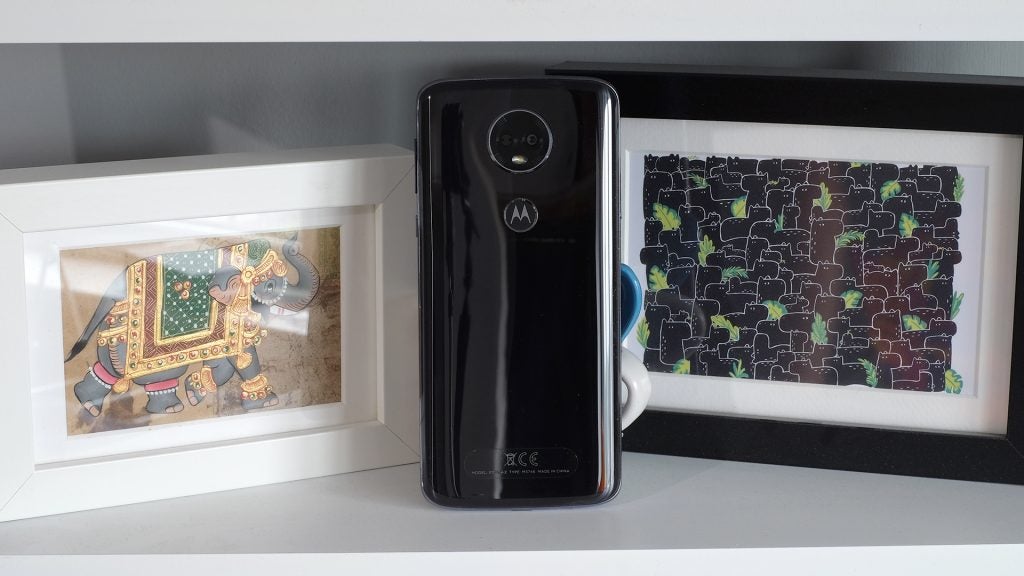 The Moto series has traditionally stood by the principle that parts of a phone shouldn’t pretend to be something they’re not. If it’s plastic, don’t try to make it look like metal. Plastic is perfectly fine. The first few generations of the Moto G were largely plastic, and everyone loved them.

That’s changed, however. The Moto G6 Play and Moto E5 Plus both have plastic rears that attempt to mimic the genuine glass backs of the Moto G6. 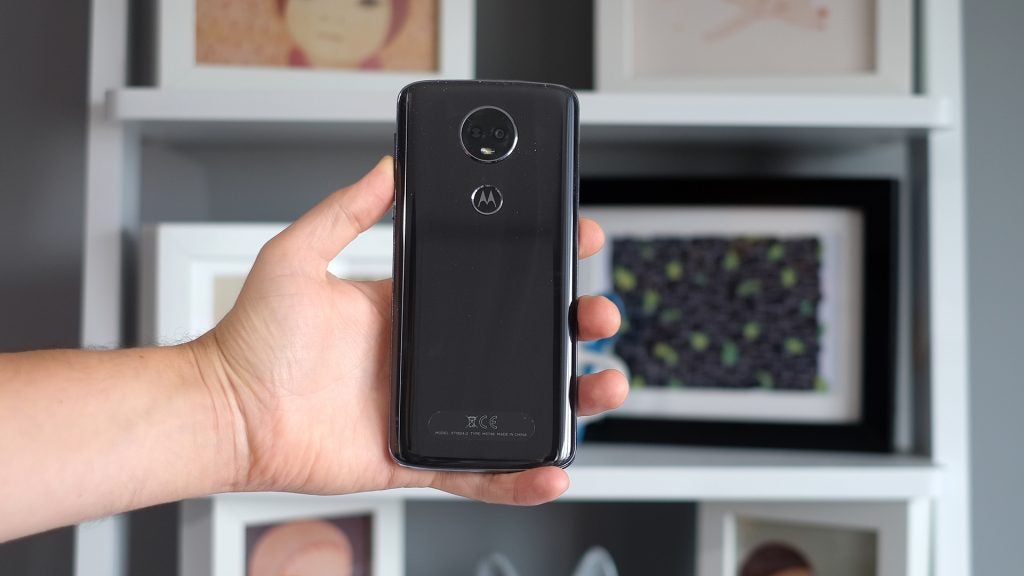 The one here is less convincing – both visually and in its feel – than that of the Moto G6 Play. It feels like plastic, and a lightly textured finish rather than a glass impersonation may have gone down better.

However, you get a silicone case in the box. Put this on and the Moto E5 Plus will feel like any other phone in a case.

This isn’t a phone you ruin with a case. However, I’ve seen only one finish, the grey you see here. The Moto E5 Plus is also available in light blue, gold and black. Some of these other models may show off the light reactive finish, but you need to catch light at the right angle to notice it. 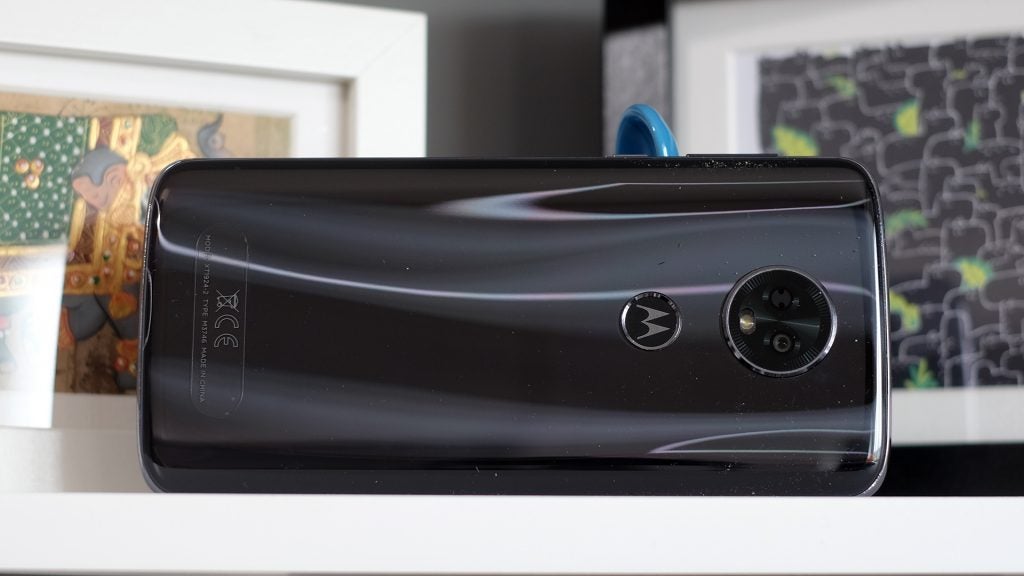 In the right light, the E5 Plus looks pretty neat

Other parts of the design are perfectly sound. Not surprisingly, the ‘Plus’ is a larger phone at 9.4mm thick and 75mm wide. However, thanks to the curved back I was left with no immediate sense that the E5 Plus is an oversized or particularly hard-to-handle handset.

Given the size of the battery (5000mAh), this is impressive. There’s a decent fingerprint scanner on the rear too, one with an ergonomic indent, particularly if you use the included case.

There are two other hardware elements that mark out the Moto E5 Plus as a budget phone. You get only a single speaker, in the earpiece, and it’s a weakling. It’s pretty thin sounding, and it isn’t very loud either.

In addition, the phone uses micro-USB for charging – which, these days, is only really seen on cheap Android handsets these days. 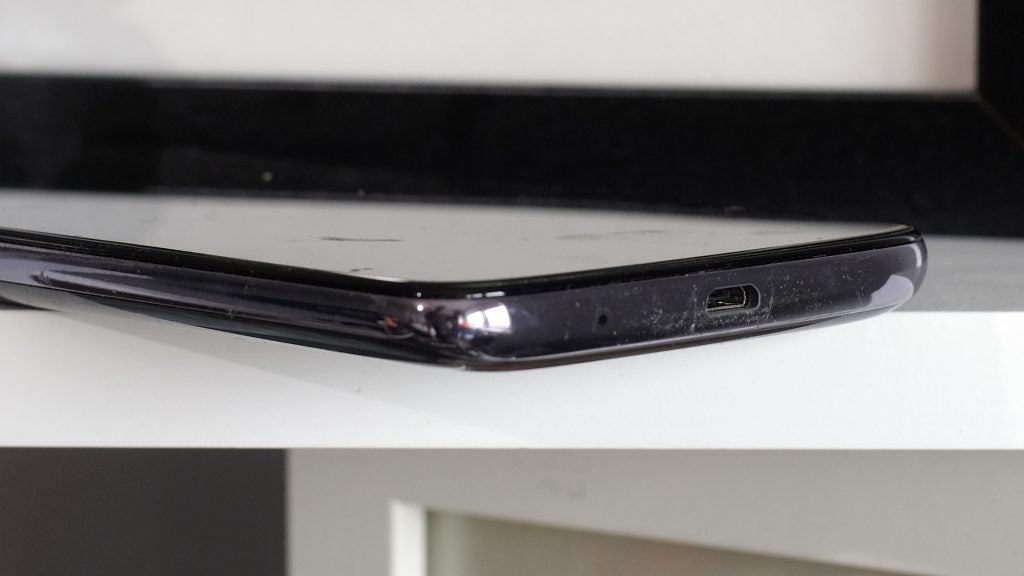 The Moto E5 Plus’ screen is even larger than that of the Moto G6 Plus. It’s just a shade larger, mind, at 5.99 inches.

The Moto E5 Plus’ main screen sacrifice is that its display resolution, at 1440 x 720 pixels, isn’t high, particularly for a 6-inch device. Nevertheless, I’ve been stunned at how little an issue this has proved to be. 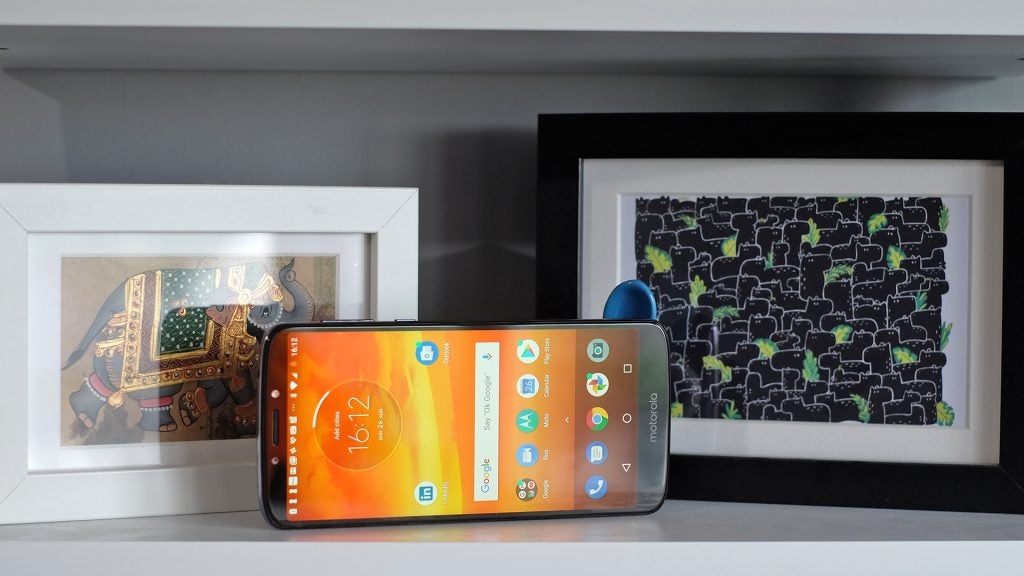 When I first started using the Samsung Galaxy A6, I was instantly put off by the OLED fizziness of its much smaller display that’s roughly of the same resolution. Here, though, the image doesn’t appear to be drastically worse than the sharpness of the higher-resolution Moto G6 Plus. Low-res LCDs look sharper than low-res OLEDs.

The Moto E5 Plus screen is surprisingly great, even if the G-series displays are better. This is a good phone for video streaming, and just slightly worse for reading articles online; high-contrast text shows off slight pixellation.

Colour doesn’t have the depth of a more expensive phone, but if you’re after a more natural look rather than the ultra-rich look of OLED, it’s no big issue.

You have a choice of ‘standard’ or ‘vivid’ colour profiles, but since the Moto E5 Plus can’t actually recreate ultra-vivid tones, the difference between the two is subtle rather than stark.