The Moto G6 comes with Qualcomm’s latest mid-range processor, the Snapdragon 450, at its heart along with the Adreno 506 GPU and 3GB of RAM (4GB in certain regions, but not in the UK or the US). This is a step up from last year’s Snapdragon 430 processor in the G5 and cheaper Moto G6 Play.

That said, this processor remains in the lower rungs of Qualcomm’s canon and the performance lives up to that. Most folk looking for a device at this price will be happy with how the Moto G6 performs – but it certainly doesn’t set a new bar for budget phones. 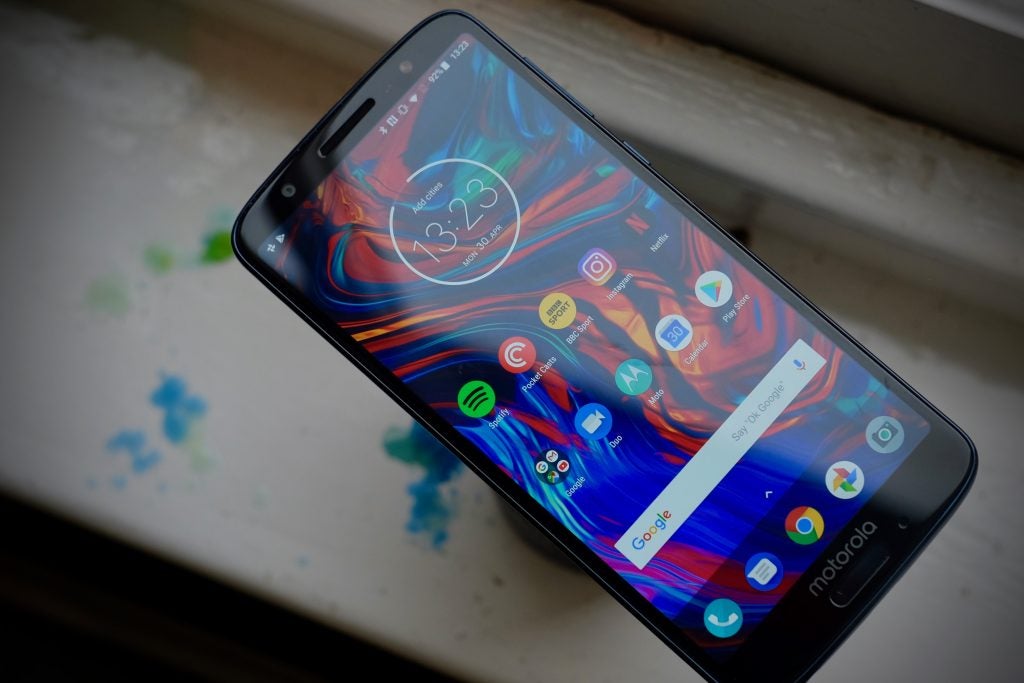 Basic tasks such as scrolling through Instagram, knocking out emails in Gmail and listening to Spotify on the go are all handled with ease. The G6 is also capable of handling less-intensive games without lag or dropped frames: Dots (easily the best mobile game ever), Alto’s Adventure, Threes and even Lara Croft Go all played perfectly well.

It’s with more intensive tasks, and – annoyingly – in the camera that the G6 shows signs of weakness. Resource-heavy apps and actions such as editing photos in VSCO and high-end games such as PUBG Mobile do work, but the experience isn’t great. There’s also noticeable hanging when loading image- and advert-laden websites. While the experience isn’t too bad, it isn’t as smooth as you’d get with flagship phones or even those in the £300-£400 range.

More frustrating is when the camera runs into issues, particularly when it appears to be down to the processor. Focusing is slow and often inaccurate; sliding between modes is juddery; and you’ll see a good few moments of nothing when you go to view a picture.

Other aspects of the performance are suitably reliable: call quality is good, as are the microphones; and the 32GB storage is plentiful. MicroSD support is included to bump up storage needs and there’s NFC for Google Pay. There’s even a headphone jack – something of a novelty in 2018. Bluetooth remains at version 4.1 – you’ll have to plump for the Moto G6 Plus for Bluetooth 5 – but I’ve had no issue with the performance of Bluetooth headphones.

Having spent a lot of time with both the Samsung Galaxy S9 and Huawei P20/P20 Pro recently, it’s refreshing to once again use a phone that doesn’t run a heavily skinned and modified version of Android. Like previous Moto phones, the G6 ships with a version of Android 8.0 that’s similar to the one you’d find on a Google Pixel.

It’s pretty bloatware-free – aside from Outlook and LinkedIn – and Moto doesn’t ship its own apps. Instead, you’ll use Google’s versions – the excellent Photos for backing up and storing your snaps, for example. Considering Google’s apps are far better than the competition, this is a great move.

Even in instances where Moto has tweaked and added bits to the software, it feels like everything is there for a reason, with the few additions here actually an improvement.

There’s basic facial-recognition, enabling unlocking of the phone with your face. This isn’t anywhere near as advanced as the iPhone X’s Face ID system; instead, the Moto G6 simply uses a snap of your face. It’s more of a time-saving feature than a security one, and you’ll continue to use the fingerprint sensor to unlock your banking app or buying a film through Google Play. Still, it works okay in bright environments and is a nice feature to have at this price point. 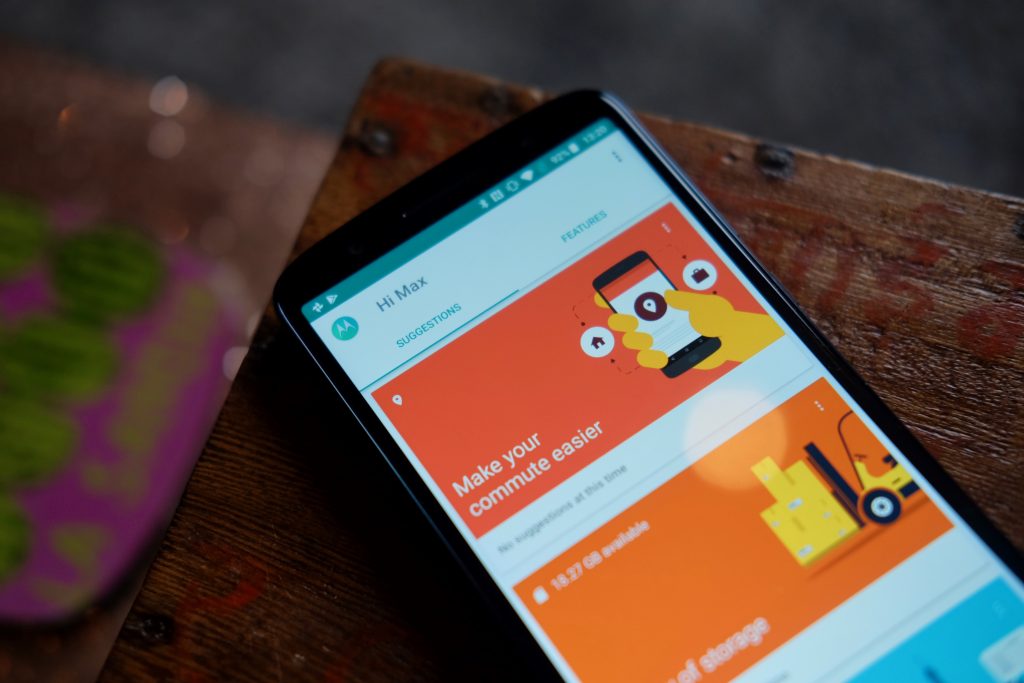 Other dedicated Moto features include the ability to use the fingerprint sensor as a gesture pad instead of the typical Android navigation keys, and some shortcuts such as twisting the phone to open the camera and ‘chopping’ it to turn on the flashlight. Both of these have quickly become part of my daily routine.

Switching to a taller display size is move that’s been adopted by numerous manufacturers now, so there shouldn’t be too many apps that have issues adjusting. One of the biggest concerns I have is with Spotify, which doesn’t quite fit the screen properly and inserts a blank black bar at the bottom. Note that there’s no way to manually stretch apps to fit the screen, if they don’t do so automatically.

The device comes running Android 8.0, so you’ll benefit from features such as picture-in-picture multitasking, fantastic autofill support for passwords, and better notifications. Moto has had a so-so record in the past with updates, and the fact this is launching with 8.0 rather than the newer 8.1 doesn’t fill me with much confidence that we’ll see a quick update when Android 9 hits later in the year.