Perhaps the biggest upgrade Motorola has packed into the G6, on paper at least, are its dual rear cameras.

We’ve seen numerous high-end devices with dual cameras over the past few years, and these all work in various ways. The Huawei P20 has a monochrome sensor to support the main one, while the LG G6 opted for a wide-angle second camera to fit more in. 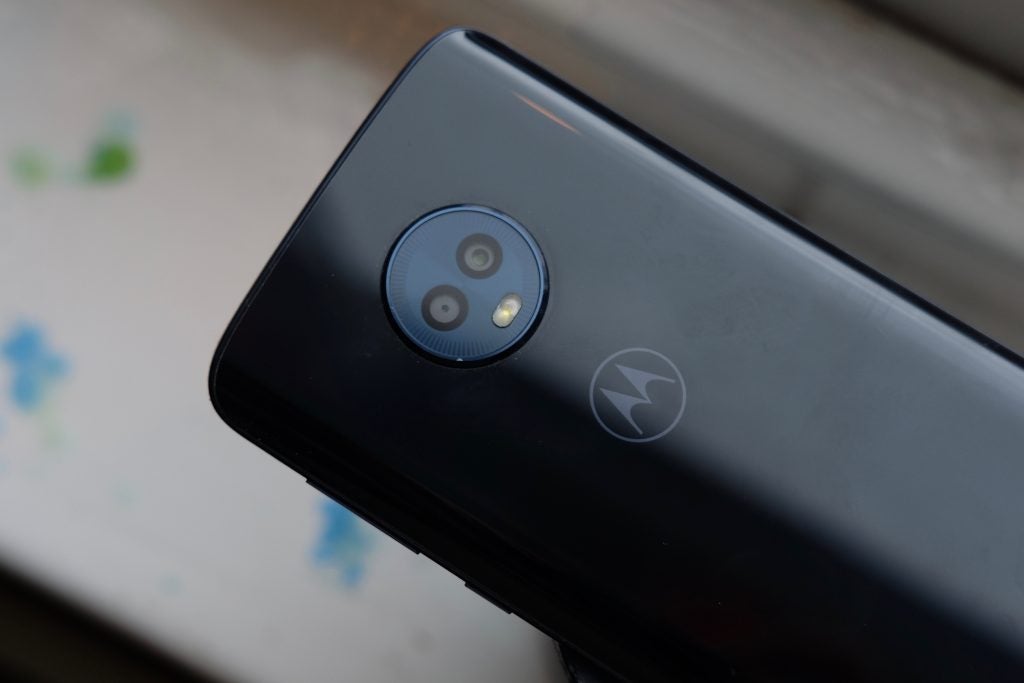 The Moto G6’s approach is a little like that of the iPhone X, where the camera is used to aid the primary sensor to create highly stylised portrait images. Unlike the iPhone, however, the secondary sensor doesn’t let you zoom losslessly into the subject.

The main rear sensor is 12 megapixels, which is actually down on the 13-megapixel unit in last year’s G5. Don’t let that fool you, however. Megapixels aren’t everything, and this camera comes with a wider f/1.8 aperture to let more light into the sensor. That secondary sensor sits at 5 megapixels.

Pictures taken with the Moto G6 are good, mostly when taken in decent lighting. Shoot during the day in favourable conditions and you’ll get detailed snaps with decent colour reproduction and accurate exposure. Skies are blue, plants have a burst of green and bright colours don’t lose all vibrancy. You’re not going to be printing out these shots, but they’re fine for Instagram or Facebook. 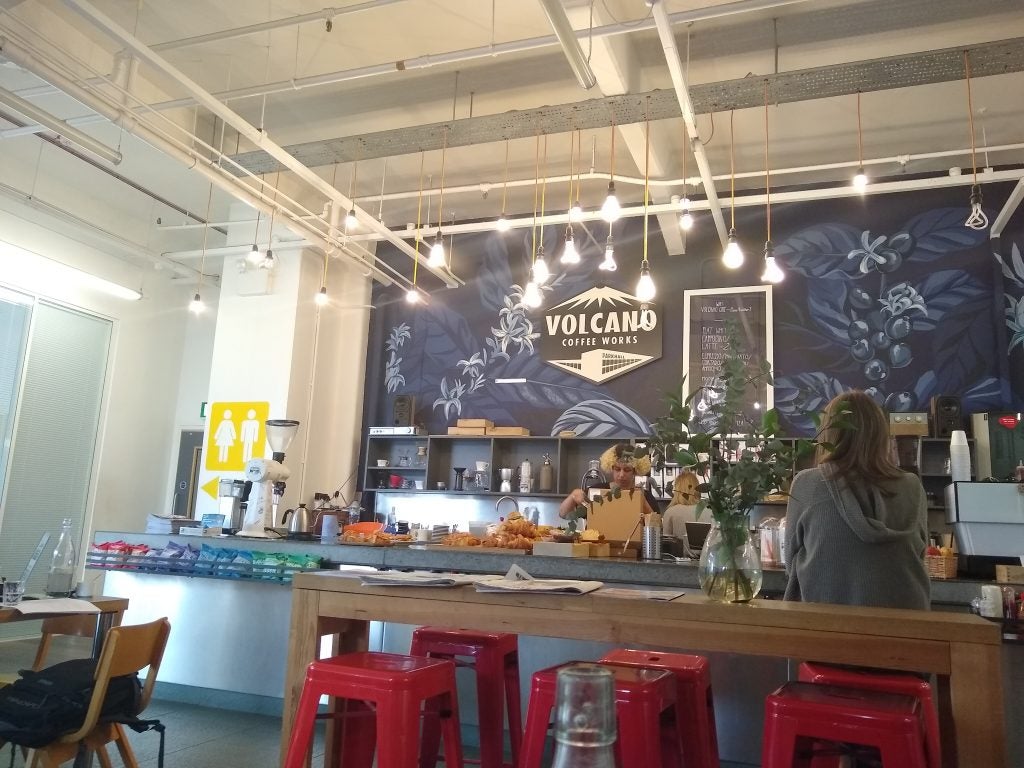 In darker environments with bright light it can overexpose 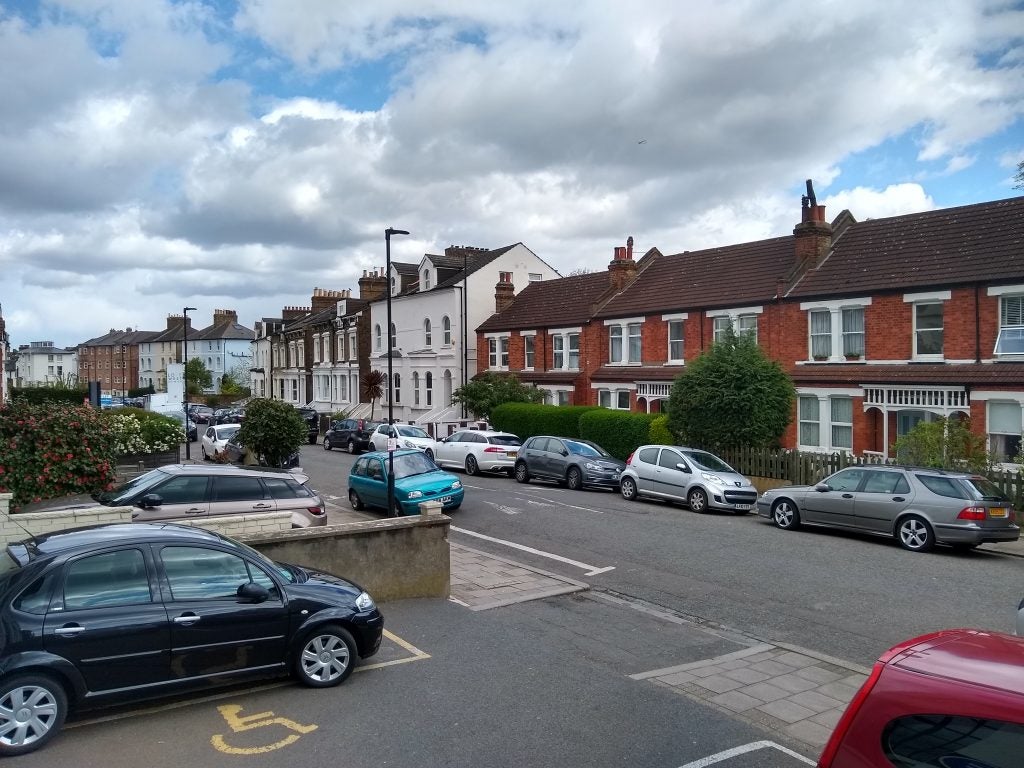 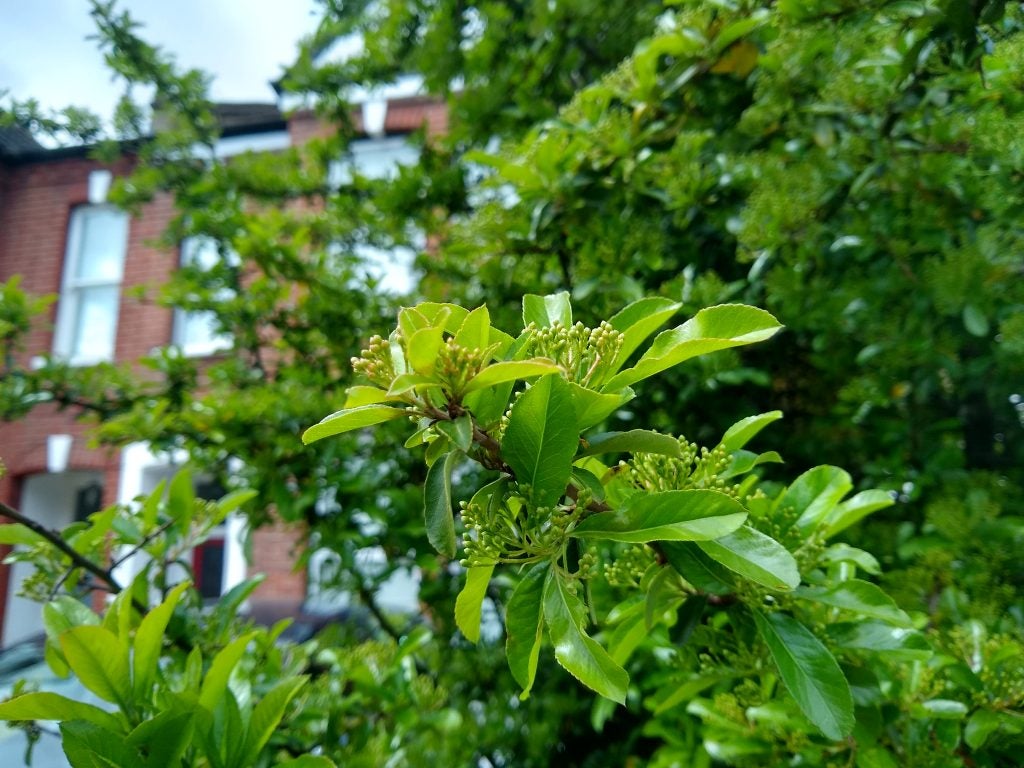 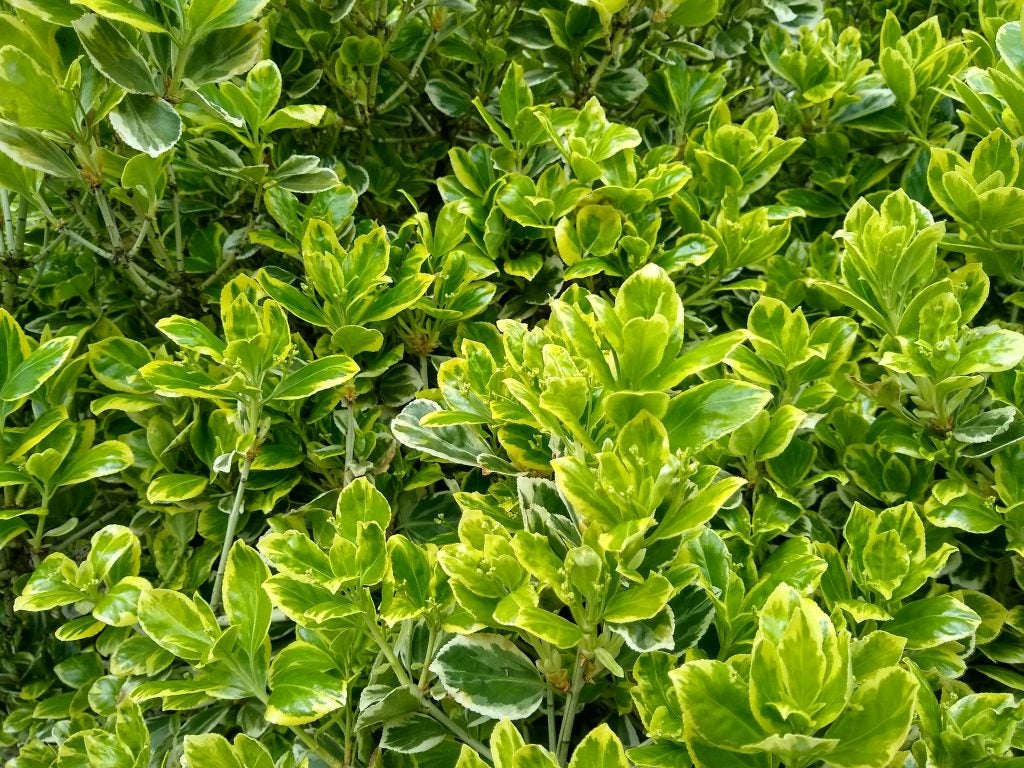 Colours are bright, though not always completely accurate 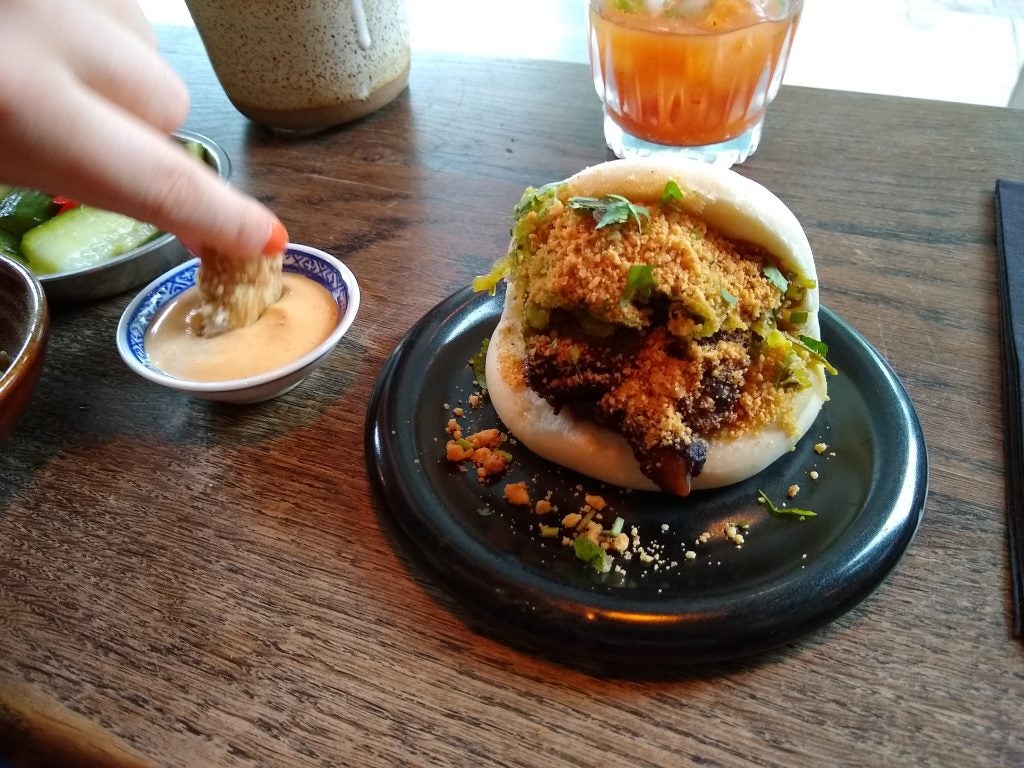 Detail is good, though it redefine budget cameras 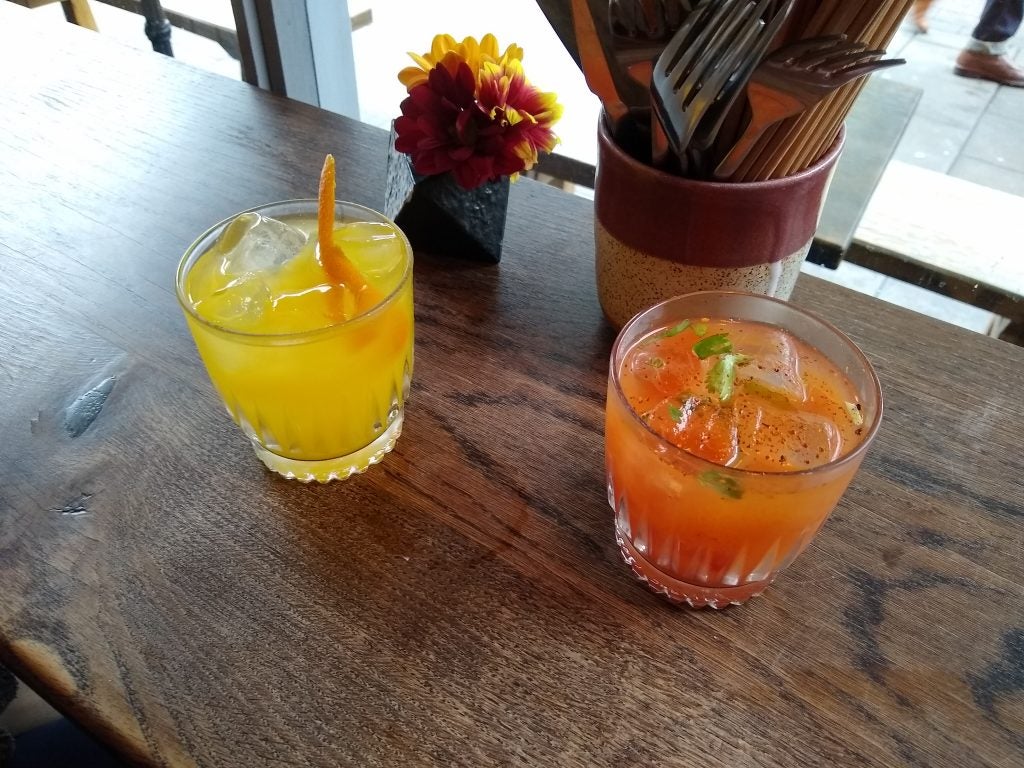 As with most cheaper handsets, the camera starts to struggle when the light and conditions aren’t so good. To be fair to the Moto G6, on a few occasions I’ve achieved surprisingly great low-light shots from this camera – but most of the time, they’re fairly dull.

Shooting inside with a few lamps on sees the exposure struggle to compensate, noise is cranked up and all the detail seems to disappear. Bar shots, again, lack detail and are often very noisy. All of this is okay, though; it’s still very much the case that you have to pay more for a phone with a decent camera.

I’ve actually been quite impressed with the aspects of the camera that utilise the secondary camera. You can cut-out objects and alter their colours and blur the background in portraits. These effects work quite well and they’re fun to play around with. You won’t get the precise cut-outs you’d get with the Huawei P20 Pro (which isn’t completely accurate all the time anyway) and it does struggle with hair.

Another trick tucked inside the camera app is landmark and object recognition. Point the camera at a famous monument and it will tell you what is it, bringing up some handy additional information too. Landmark recognition works far better than the object recognition, which I found to be wildly inconsistent. For instance, taking a photo of a number of different phones only ever suggested it was the Samsung Galaxy Note 8.

The 8-megapixel selfie camera is okay, but it overexposes easily and you’ll find detail is very smooth. Video is capped at 1080p (30fps and 60fps) and while it looks crisp, the lack of any image stabilisation does lead to some shaky footage.

3000mAh has just about become the universal battery size – whether it’s a mid-range device or even a £600+ flagship. The Moto G6 sits alongside the Galaxy S9 and HTC U11 with this sized cell, and while a bigger unit is always be welcome, battery life here is stellar.

An hour of SD Netflix streaming consumed roughly 11-13%, while 30 minutes of Lara Croft Go took off 20%. The battery fares much better in general use, though, with a loss of only 2% when left unplugged overnight. Considering the Huawei P20 Pro loses between 10-15% in the same test, that’s an impressive return. 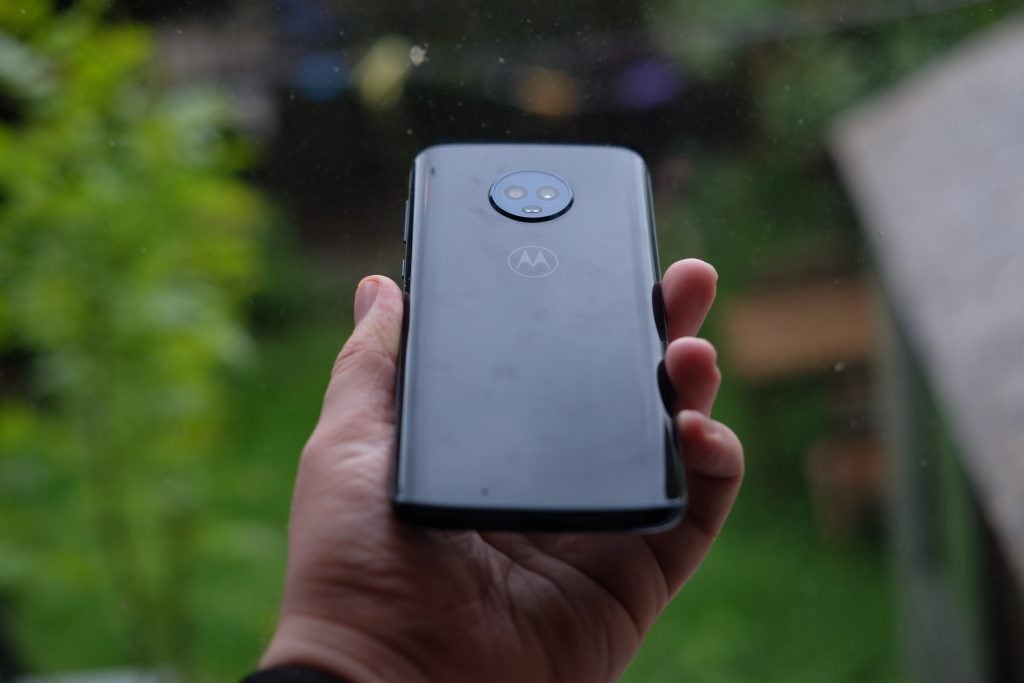 Moto’s fast-charging tech, dubbed Turbo Power, is included and you get a compatible charger in the box. It isn’t the quickest charging method around, however, taking about 1hr 55mins to go from 0-100%.

Another nice inclusion is USB-C. Most flagship phones now pack USB-C, but not many of them cost this little. It may mean a lot of your old charging cables become obsolete, though; but USB-C is a more robust connection and far easier to plug in as it’s reversible.

Why buy the Moto G6?

The G-series is Moto’s best-selling line and it really isn’t hard to see why. Whereas the brand’s higher-tier devices don’t do enough to stand out against the competition from Apple, Samsung and others, the G6 really does offer a tempting package. Don’t come here expecting a device that completely rewrites your expectations of what a £220 phone can do, but do expect one that will perform the majority of tasks you’d carry out on a phone with ease.

This is easily one of the nicest sub-£300 phones to use and it helps that the screen is great and the software slick. Huawei might offer more features with the P Smart, but I prefer using the Moto G6.

Typical sticking points of a budget phone remains: the camera is ‘meh’ and the performance has a tendency to become bogged down. Neither really ruined my experience with the phone, however, and these issues are likely to be addressed with the Moto G6 Plus. The Plus model offers improvements to the processor and camera – and, of course, raises the price.

It isn’t quite the budget pioneer it once was, but the latest Moto G is still a fantastic phone for £220.

With a phone this good for £220, you might reconsider splurging on your next upgrade.