What is the Moto G5S?

The Moto G5S is the upmarket sibling to Lenovo’s Moto G5. It’s a little bit bigger and gets some slightly higher-end components including better screen glass and an improved pair of cameras. These premium additions push the G5S beyond the comfy sub-£200 price point to £239, where the competition gets tough.

Despite the crowded market, the G5S does more than enough to take the fight to big-brand rivals from the likes of the Samsung Galaxy A3, Vodafone Smart V8 and Honor 6A.

The G5S is slightly larger than the G5, rocking up with a 5.2-inch screen. This might make it slightly too large for those who prefer their handsets to be more iPhone-sized, but it’s more than comfortable enough for my average-sized hands.

There’s a choice of colours, either grey or gold. I can’t say I’m a huge fan of the gold because it’s a bit gaudy, but it’s not exactly ugly. The metal case feels well built and there’s not a hint of flex or bend that you sometimes get from cheaper plastic phones. 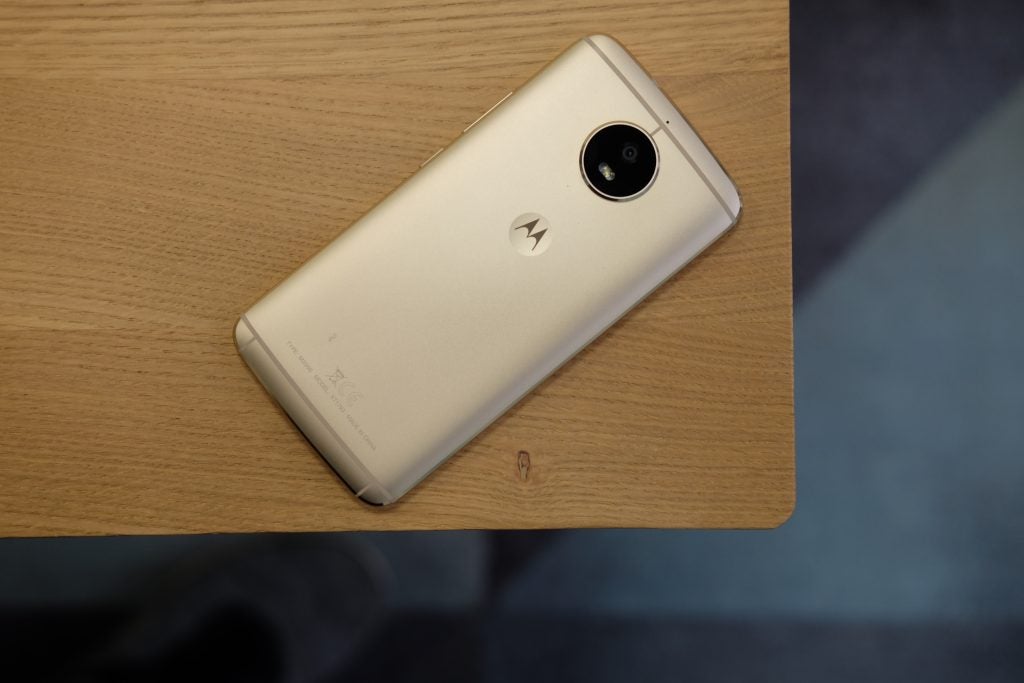 The only real disappointment here is the frankly enormous camera bump, but it is at least in keeping with the Moto design aesthetic, mirroring the round-faced clock you get on the lock screen. Elsewhere, all the usuals are present and correct including a top-mounted 3.5mm headset jack, volume and power key on the right, SIM and microSD combi tray on the left, and finally a Micro USB charging port on the bottom.

On the front face you get the usual light sensor and selfie camera, and there’s also an extra LED flash for low-lit selfies. Below the screen is a handy fingerprint sensor, which is most comfortable to use with a thumb.

You get 32GB of storage as standard, which is fairly generous at this price point, and that can be expanded by up to 256GB with a microSD card. 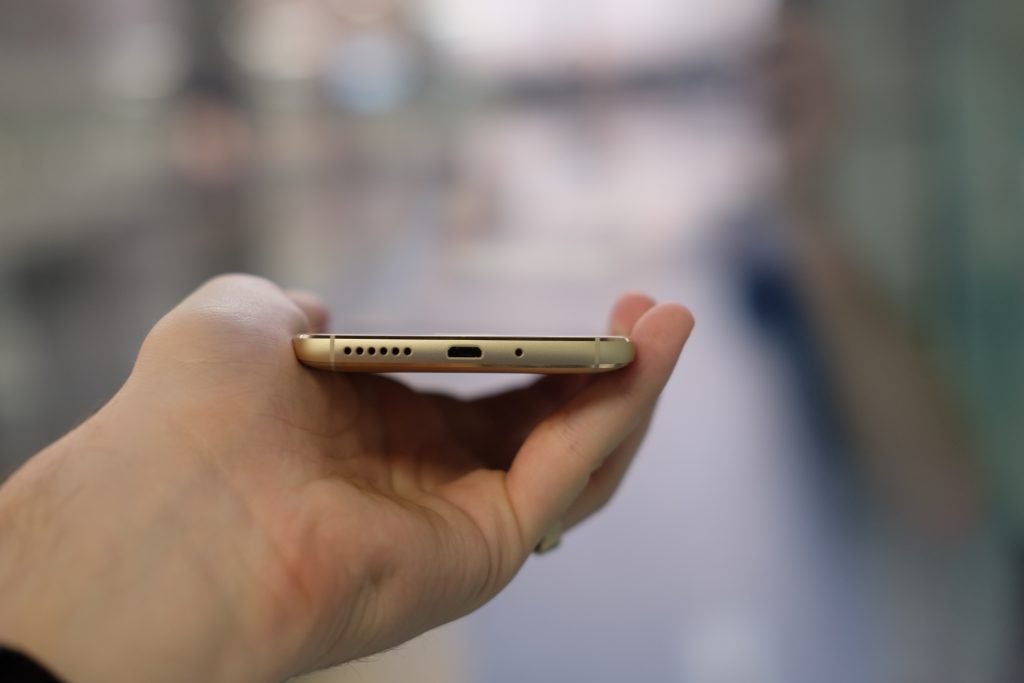 The 5.2-inch panel on the G5S is better than you might expect. It has a Full HD resolution for a pixel density of 424ppi, making for pin-sharp text and icons. Actual colour quality is good, too, and viewing angles are nice and wide with no colour drop-off even if you view the phone from a weird angle.

If I had one complaint it’d be that it’s not tremendously bright even when outdoors, and this may be an issue in bright summer sunlight. Everywhere else, though, it’s more than good enough.

One excellent extra the G5S has over both its cheaper sibling and its rivals is Corning Gorilla Glass 3, something not often seen on phones at this price.

But the LCD panel itself lacks the wow-factor of the AMOLED screen found on the cheaper Samsung Galaxy A3, which also benefits from its ‘always-on’ ability to show a basic clock and notifications when the phone’s in standby. 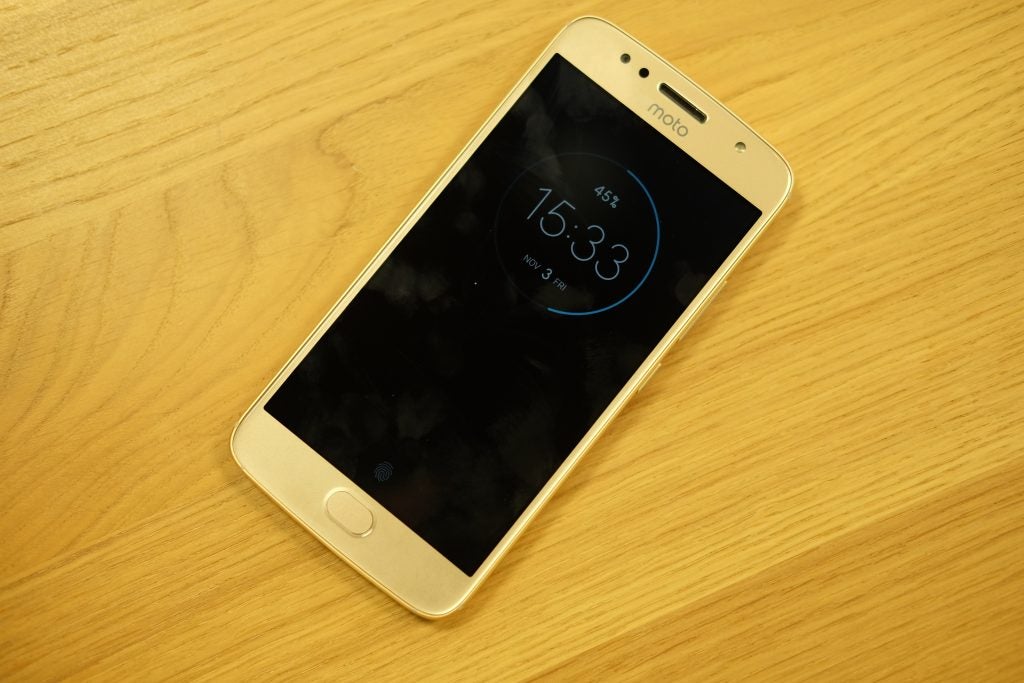 Fortunately, Lenovo has something almost as good: The screen will pop up a clock and a few notification icons whenever the phone is moved from a stationary position. This means you can simply nudge the handset and the screen will briefly switch on to let you see what’s been going on. Even better, place your finger on one of the notifications and you’ll have the option to dismiss it or act upon it. It’s extremely simple, and is almost as good as having an always-on display.

Beyond the excellent lock screen enhancements mentioned above, the Moto G5S runs a largely unfettered version of Android 7.1 Nougat. There’s nothing in the way of bloatware beyond a useful Moto app that assist with gestures and the aforementioned Moto Display, and not much else.

Some might find this disappointing; Samsung has lead the way of late in terms of improving Android, but there’s not much here that I miss to greatly compared to the Samsung experience. The phone is even powerful enough to support multi-window usage, perfect for when you want to watch a YouTube video while scrolling through Facebook.

There are a load of custom gestures, some of which are quite useful. These include replacing on-screen navigation buttons with gestures performed on the fingerprint reader, chopping the screen with the side of your palm for the flashlight and twisting the phone to open the camera. There’s also a one-handed mode and the ability to silence the ringer as soon as you pick the phone up from your desk. Not all essential, but they’re simple additions that offer something for everyone.

As far as performance is concerned, the eight-core Qualcomm Snapdragon 430 has enough power to get things done. Apps don’t open instantly and you may occasionally find yourself re-opening apps that have fallen out of the RAM, but overall it’s a smooth experience. Arguably this is a £239 phone with £200 phone performance, but I think the extras here just about justify this.

Graphics-wise, the chip can handle the likes of Real Racing 3 at an acceptable frame rate, but for the best experience it’s best to stick with more simple 2D titles.