Good value, but it's getting old.

What is the Samsung Galaxy A3?

The Samsung Galaxy A3 is a handset for those after a compact phone, one on an affordable contract, or a device that can be bought SIM-free without anxiety-inducing cost.

Compare the price against the specs featured, however, and the A3 doesn’t offer the greatest deal around. But alongside the entry-level additions, there are enough high-end features to trick you into believing for much of the time that you have in your hand a device that’s almost as fancy as the Samsung Galaxy S7. 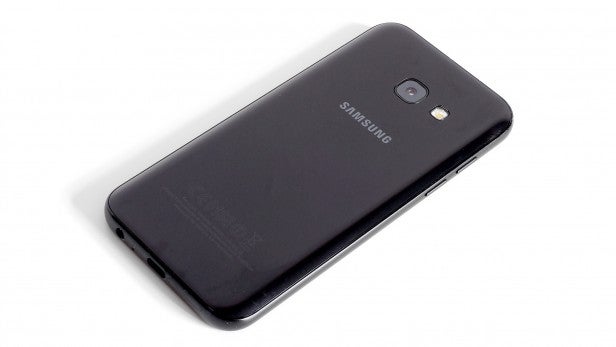 Just a few years ago, most of Samsung’s phones were plastic – even the fairly expensive devices. The Samsung Galaxy A3 demonstrates just how far the company has moved on from that style.

This device is composed of glass and metal, with barely any plastic on show at all. It looks very much like the Samsung Galaxy S7’s smaller sibling, even though the devices sit in different ranges. The most obvious thing to set them apart in the finish: where the Galaxy S7’s colours tend to look shiny or metallic behind the glass top layer, the A3’s are plain.

For a phone made using some of the same materials featured on a device that’s twice the price, it’s a bit of a wallflower. I don’t mind, but it does mean that the higher-quality build becomes obvious only when you start using the Samsung Galaxy A3. 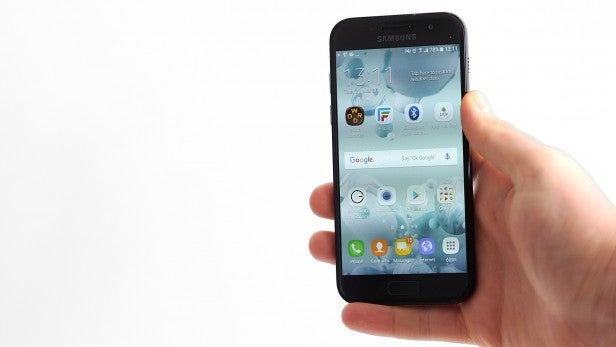 Samsung hasn’t skimped on the glass, either. The front and back are big-brand Gorilla Glass 4, and the rear features curved edges for a softer feel. It’s been a while since I’ve used a phone as compact as the 4.7-inch-screened A3, but handling it was second nature. Picking up a friend’s iPhone 7 a few days into testing the A3, Apple’s handset felt big and awkward.

Thankfully, there are no major features lacking as a result of its more diminutive size. Beneath the screen is a reliable fingerprint scanner couched between the two soft keys, just as in Samsung’s larger phones. Also included is a headphone jack, plus the Galaxy A3 is water resistant, too; itsIP68 certification means that an accidental drop in water is unlikely to cause damage. 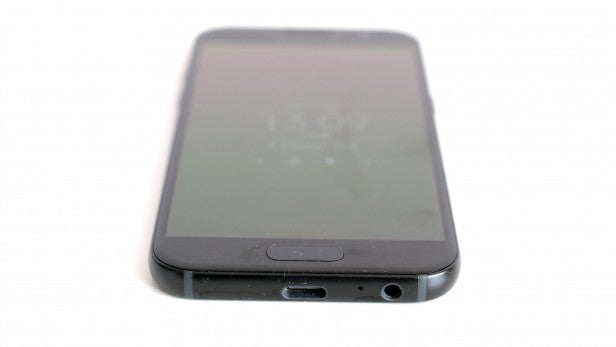 As is the case with the majority of new handsets, the Samsung Galaxy A3 has a USB Type-C charging port rather than micro-USB. Storage is a reminder that you’re not using a high-end phone, however.

Following only a couple of days of use, the dreaded “you’ve run out of space” message popped up as I tried to install an app; the phone has just 16GB of storage. A few gigabytes of photos, a couple of data-hungry games, and you’ll be done. Note that there is a slot for a single microSD card in the tray, however, which holds a nano-SIM. 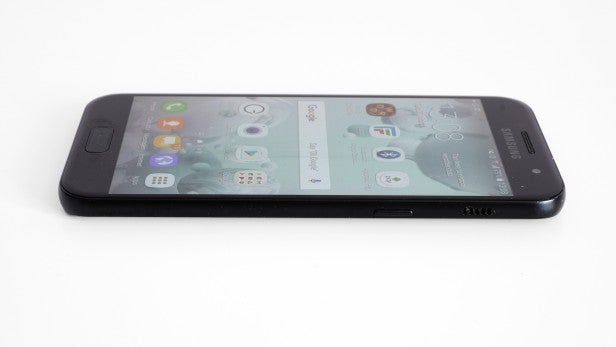 The A3, like the Samsung Galaxy A5, has an unusual speaker. Rather than sitting on the bottom of the device, it can be found on the side, above the power button. I often walk around my home with a podcast playing on my phone, and found that I tended to block the sound more than I would have on a device with a bottom-loaded speaker. However, at least muffled sound won’t be an issue when playing games, regardless of which way you hold the phone.

Speaker quality is fine, with enough volume to cut through some ambient noise. Otherwise, it’s of the slightly dreary mid-range standard. That said, I’ve used it for hours at a time so, it can’t be that bad. 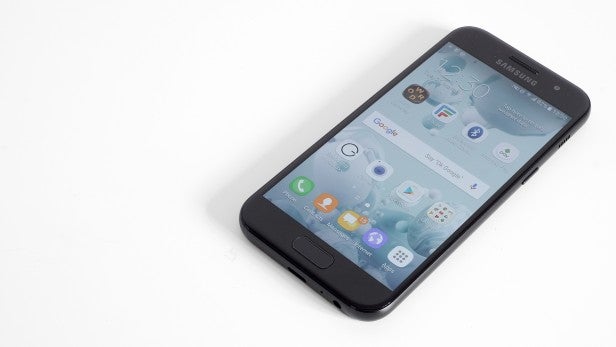 The Samsung Galaxy A3’s screen is where high-end and low-end parts of the hardware collide. It’s a 4.7-inch Super AMOLED panel with punchy colours that can be calibrated to suit your taste.

For those who like a super-vivid look, it’s there. If you want more relaxed colour, however, it’s possible to just switch to the “Basic” mode in Settings to achieve this. I’ve mostly used the standard Adaptive mode, which presents better colour saturation than just about all entry-level and mid-range phones with LCD screens. 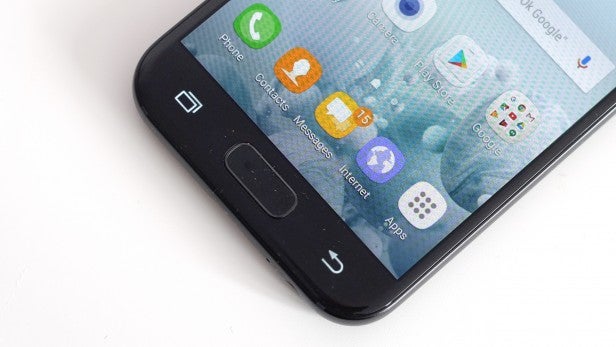 However, if you go looking for the effects of the limited 720p screen resolution, you’re certain to find them. While this isn’t a bad resolution for a small display, Samsung’s OLED screens tend to look a little fuzzy, unless they have a high pixel density. The use of a PenTile array means that pixels share sub-pixels – the little red, green and blue dots that make up a screen’s image.

On first firing up the Samsung Galaxy A3, this was very obvious. Following a day or two of use, however, I’d completely forgotten about it since it’s unlikely that you’ll use this device with the screen right up by your eyeballs. 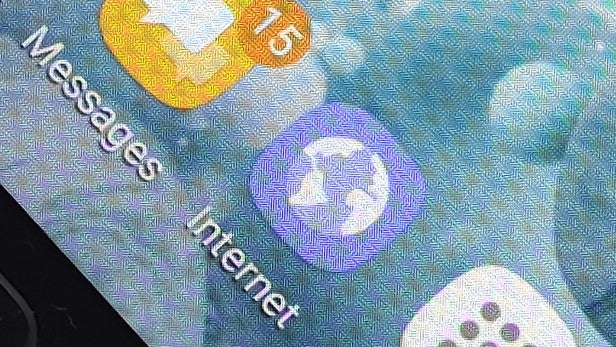 However, you’d be wise to take this into consideration if you’ll be using your phone often for gaming, reading articles or Netflix-watching. For such activities, the Moto G5 Plus’ larger, sharper screen would be my first choice every time.

Note that there’s a great extra that comes with a Samsung OLED; a sort of compensation. In standby the screen continues to display basic information such as the time, notification icons and the battery level. I’ve been using it as a desk clock while I work. OLED technology makes way for this since only a few pixels needed are activated, where as an LCD has to light up the whole screen to display anything.