Last year, Motorola stuck with the same battery it used in the original Moto G and despite having that bigger screen, it still delivered a strong battery life. This year, the capacity has been upped from 2,070mAh to 2,470mAh – an extra 400mAh, or nearly 20% more than before.

That’s a decent capacity battery for a 5-inch phone with a 720p screen, as opposed to a more power hungry 1080p screen. The result is the 3rd-gen Moto G will last a day and a half with ease, possibly two if you’re very frugal.

On a normal day, with the battery at 100% at 9am, the Moto G manages to make it to 6pm the next day – as the Battery HD image below shows. That’s without applying the pretty basic power saving mode that restricts some services that chews up power in the background. 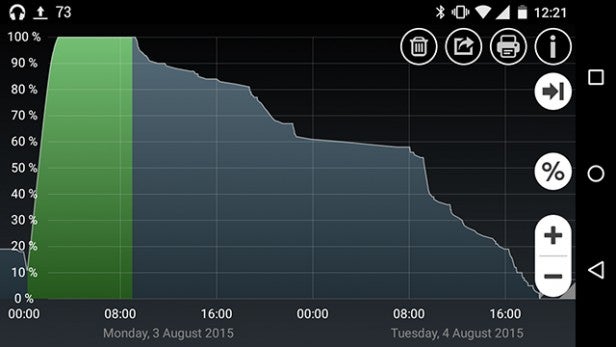 In more intense testing running a 720p HD video on loop with the screen at 50% brightness, it averages around the 9-hour mark, which is an hour more than last year’s model, but an hour less than what the Full HD Vodafone Smart Ultra 6 (£125) can offer – it has a 3,000mAh battery, too.

We also ran an episode of House of Cards (55 minutes) to see the kind of drop off you can expect from sitting down to watch a video. From a 100% battery, there’s a drop off of around 15-20%, so the battery can take a relatively severe hit with more intense use.

If you’ve forgotten to charge it the night before, a quick 30-minute charge with zero battery will add on average 20%, so it’s by no means the quickest at charging and disappointingly lacks the great turbo charging feature you do get with the Moto X handsets. 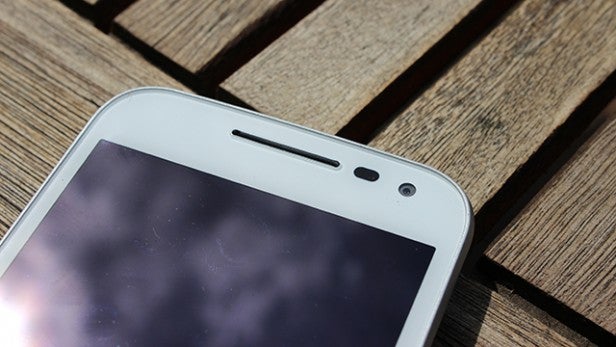 We’ve already mentioned that Motorola has dropped one of the front-facing speakers, and while you shouldn’t expect wonders from the solitary speaker, it does a respectable job for music and video playback. It’s loud and stable at high volumes, but there’s nothing in the way of warmth and it’s harsh sounding in places. It’s not the kind of setup you’d greatly enjoy watching a video without a pair of headphones, but it’s by no means a disaster.


It’s much of the same with the call quality. You won’t have any problems hearing what’s said, though clarity is decent rather than exceptional. We’re happy with what the Moto G delivers here when so many similar price phones can let you down. 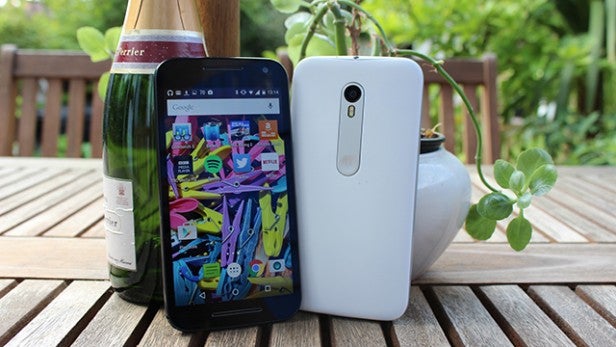 If you can get the Moto G for £159, then it’s still one of the best phones you can get for the price.

Motorola’s competitors are catching up, though. The likes of Huawei have been making decent handsets at the lower end of the market for some time, and its Honor spin-off brand has some good phones at this price, too. In the UK, network phones like of the EE Harrier and the Vodafone Smart Ultra 6 arguably offer better value, though the Moto G definitely has a better camera.

What you get with the Moto G is a phone that continues to punch above its weight. We like the addition of the water resistant design and the camera improvements are welcome, too. It also offers the purest and most user-friendly approaches to Android, and it runs like a dream – especially on the 16GB version and its extra RAM.

It offers enough, then, to justify the slight price rise on previous versions. The camera is a good reason for many to upgrade, and it gives the Moto G a slight edge over rivals at this price.

It’s still one of the best value phones you can buy despite the slight price rise, which is why we still recommend it.