What is the Misfit Shine 2?

The Misfit Shine 2 is the successor to Misfit’s original circular fitness tracker, the Misfit Shine, which was a real novelty when it appeared back at the tail end of 2013. It looked distinctive, boasted a lengthy six-month battery life and could be worn on your wrist or round your neck.

It’s taken a while for Misfit to come up with the Shine 2 – in between we’ve had the Misfit Flash, Speedo Shine and the ultra low-cost Misfit Flash Link – which, considering the lack of immidietly obvious changes, is a little surprising.

Outwardly there’s little difference between the Shine 2 and the original
Shine. The new model retains the original’s circular format, its array
of flashing lights (although now they’re multi-coloured), its
water-resistance and its long-lasting battery.

The Shine 2 is a
little larger than the original Shine, though, so you won’t be able to
use any existing accessories with it, and there are changes under the
hood too. For example, it features vibrating alerts to wake you up, make
you move and inform you if someone is phoning you. Plus it tracks your
sleep as well as movement.

Unfortunately, the Shine 2 also retains the original’s wrist strap. The Shine 2 is held in the strap by a small rubber band that slots into a grove running round its circumference, and is further anchored by a thick belt of rubber that sits across the Shine’s back. Even with this “double-fixing” the Shine 2 regularly pops out of its band. During my time with it the tracker constantly got caught on clothing and dislodged while I was sleeping. Luckily, I always caught it in time, but it could have been lost forever. 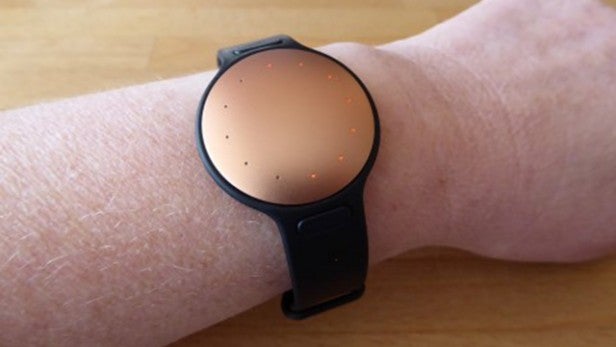 The band itself is anchored to your wrist by a single small pop-stud. It doesn’t seem all that secure, although to be fair it never came undone during testing.
You also get a belt-clip. While the Shine 2 felt secure inside it, the clip itself never seemed tightly enough wedged to my trousers for me to trust wearing it away from home.

The Shine 2 itself is made from aluminium – and it looks great. My bronze Shine 2 certainly drew attention to itself. For those wanting a more demure look, there’s a black version. The disc splits in two when you need to change the readily available Panasonic CR2032 battery, which keep it running for six months.

On the front of the Shine 2 are 12 tiny lights. Double-tap and red lights show progress towards your goal; the more that are lit, the closer you are to accomplishing it. Then the red lights go out, four white lights appear briefly – top, bottom, left and right – after which green and mauve lights illuminate to tell you the time.

The lights flash blue when you’re syncing with the Android/iOS app, and there are light and vibration alerts for incoming calls (green) and texts (blue) if you turn on that feature in the app.
The Shine 2 can be used to remind you to move around. You can set the alarm to vibrate at regular intervals from every 20 minutes to every two hours, with specified start and stop times. Note that the vibrations are very gentle – I often missed the move alerts, and wouldn’t like to rely on the feature as my only alarm. 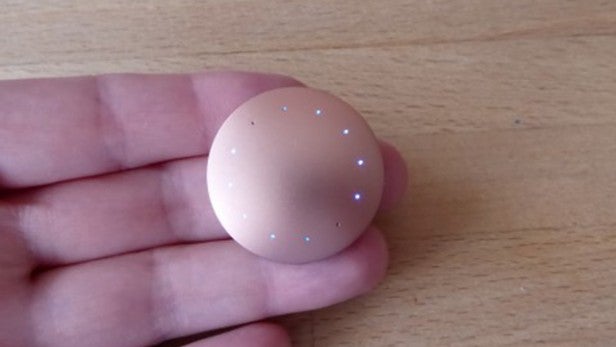 Of course the Shine 2 counts steps – in fact it’s one of the more accurate counters I’ve used, matching my Fitbit Charge pretty much step for step. But you can’t see actual steps, distance measurements or a calculated calorie-burn count on the Shine 2 itself – just those red progress dots working their way round the circumference. It’s only in the app (Android and iOS) that you can get more specific data.

The Shine 2 app automatically assumes all activity to be walking, but you can change that and pick from a number of presets in its main menu. You can’t add activities that aren’t included, however. You’re told how much more work you need to do to meet today’s goal – and progress is displayed visually on a circle in the app. I’d have liked its design to more clearly mirror that of the Shine itself; nevertheless, it does a perfectly good job of representing progress.

You can choose between three intensity levels to set goals. The Shine 2 also automatically tracks sleep, and identifies what it calls “light” and “restful” sleep. It was accurate at determining night-time sleep, but it did class a couple of couch-potato TV sessions as sleep, which played havoc with the stats. Also available to Shine 2 users is the Misfit Link. With it you’ll be able to use the Shine 2 to take a selfie, control music, or even turn the Misfit Bolt Bluetooth lightbulb on and off. 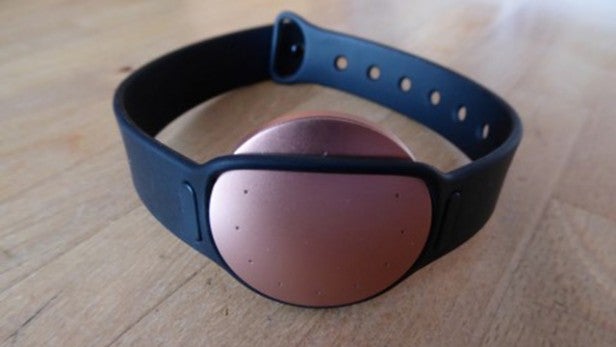 Should I buy Misift Shine 2

As a basic activity tracker the Misfit Shine 2 has appeal. It’s fairly accurate, is solidly made and it doesn’t require daily charging. It tracks sleep well too – bar the odd glitch.
In addition it will wake you up with a silent alarm, inform you of an incoming call, and even nag you to get moving with a vibrating alert.

However, its wrist strap is a problem. It looks terrible when set against the beautifully designed Shine 2 itself, and it failed to keep the tracker in place securely. If you’re after a more secure and solid fitness tracker, you’d be better off checking out the Moov Now, which remains one of the best on the market.

The Misfit Shine 2 adds new features to its predecessor, and will appeal to those wanting to get more active, but who don’t want to be overwhelmed by tech.  However, it’s letdown by a poor wristband, which could see you lose the tracker forever.