Minecraft Dungeons is a solid dungeon crawler that will work wonders with younger audiences taking their first step into the genre, although will leave experienced players wanting something more significant.

Ever since Microsoft purchased Minecraft for an absurdly high asking price, we’ve been waiting to see how the franchise would burst outside of its traditional mould of building and exploration. The billion-dollar idea is still growing and expanding in some fascinating ways, but the franchise has so much untapped potential outside this template. Now, after years of waiting, Mojang has finally unleashed Minecraft Dungeons.

The game is essentially a more approachable version of Blizzard Entertainment’s Diablo with a Minecraft twist, throwing you and a group of three friends into a mixture of randomly generated dungeons filled with monsters, loot and other alluring secrets to uncover. While it presents a bunch of fascinating twists on the genre, Minecraft Dungeons is far too short and lightweight to have genuine lasting appeal. 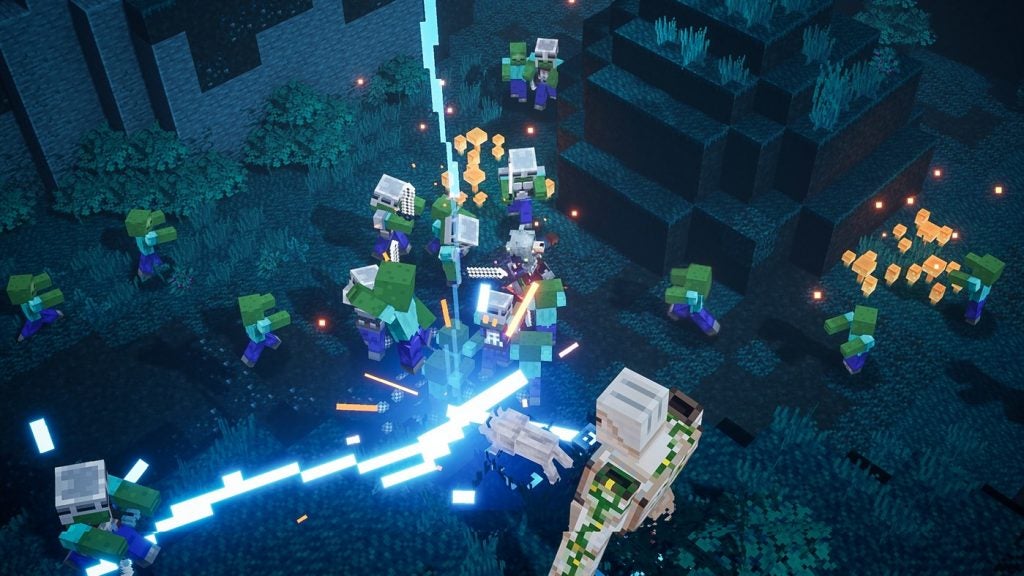 Minecraft Dungeons begins by lightly establishing its narrative. A young villager stumbles into some ancient ruins and discovers a powerful artefact. Upon touching it, he gains magical powers and inevitably transforms into an evil tyrant intent on enslaving the populace. As a brave adventurer, you aren’t having any of this nonsense and promptly volunteer to stop him.

Beyond a few playful pieces of introductory narration before and after each mission, the story takes a backseat, merely acting as a contextual dressing for your adventure more than anything else. Minecraft has never been about its story; it expects players to craft their own journeys instead of depending on an expanding library of lore. Dungeons is very much the same, even if it does succeed in adding a bit of extra flavour to things.

The simplicity of Minecraft Dungeons is apparent from the opening mission. Played from a third-person perspective, you will explore a series of randomly generated dungeons seeking to earn loot and complete a selection of different objectives. You have a single dedicated attack button, used to slash away foes by the hundreds as they rush towards you.

Obviously, this isn’t your only means of offence, with each adventurer outfitted with a ranged weapon and a trio of artefacts. The latter are essentially your special abilities, normally consisting of temporary buffs or explosive magic that can damage multiple adversaries at once. All of these combine to give combat a rhythmic flow, with encounters forcing you to make frequent use of each element to avoid certain death. 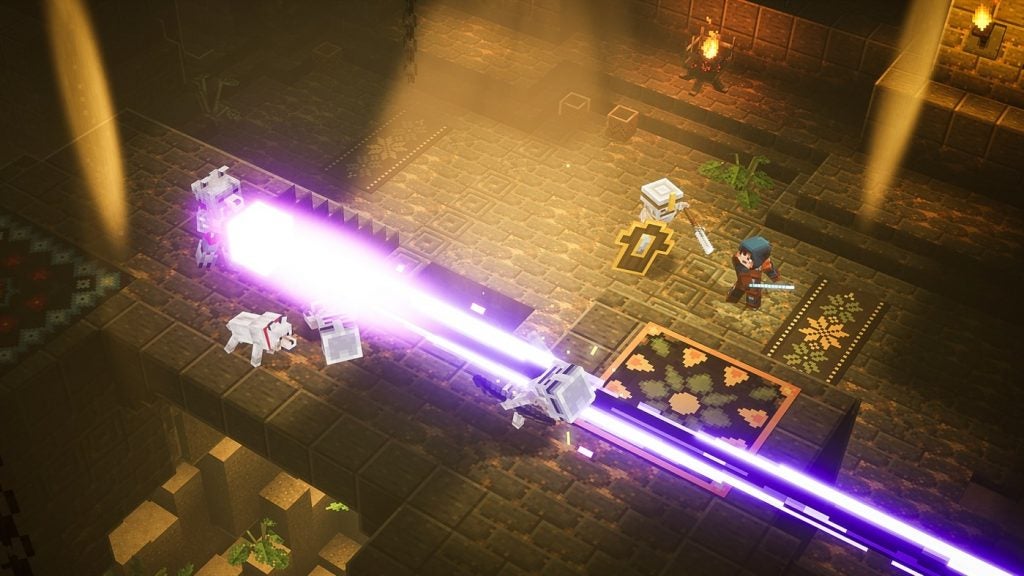 Even with all of these components, without some additional refinement, they would feel tremendously light. Dungeons remedies this with the addition of enchantments. With the exception of artefacts, every piece of equipment in Minecraft has myriad secondary abilities you can earn by investing enchantment points, which themselves are earned by levelling up.

It’s a neat progression system and only grows more sophisticated as you tackle harder difficulties after the first playthrough. Here you’ll also receive rarer loot and enchanted enemies not found on the default setting. It’s a shame you don’t unlock these additional modes until after finishing the first one, so those immediately after a more challenging experience might be underwhelmed at first.

Between levels, you’ll return to a hub world where a couple of merchants allow you to exchange emeralds for random loot drops. Unfortunately, these are mostly useless and of a common rarity, which I rarely found myself using since they’re either not much fun to use or lacking in the attributes required to tackle tougher levels.

Beyond a house filled with bland memorabilia, the hub world feels like a glorified menu screen, and aside from partying up with friends before each stage, it really doesn’t serve much of a purpose. With content updates planned for after release, I hope this grows into something more worthwhile, since the potential is completely wasted. Minecraft Dungeons is awash with personality elsewhere, but almost none of it surfaces here. 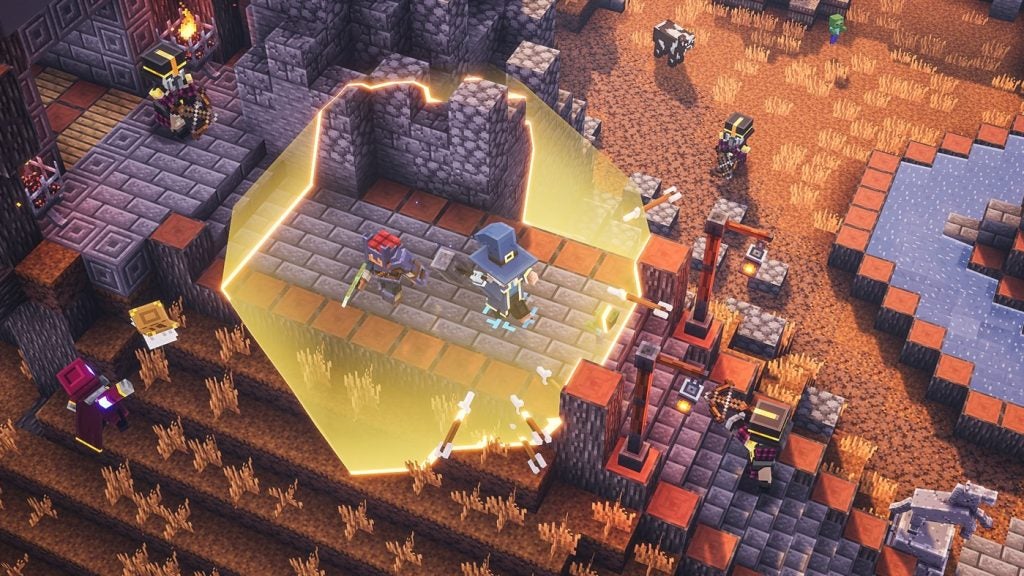 Levels range from enchanted forests, boggy swamps and ancient temples – all of which are constructed with pieces and accessories you’d find in Minecraft. Like Dreams or LittleBigPlanet, it feels like talented creators outside of Mojang could build these arenas themselves with enough time and talent. Given that many stages are randomly generated, this is a commendable feat.

Replaying levels is enjoyable, but doesn’t offer quite enough variety to match the likes of Diablo and other juggernauts in the genre. Swapping out equipment on a regular basis and applying enchantments is a satisfying affair, and is evidently gears towards younger players with how trivial it is to understand and take advantage of its mechanics. This is no bad thing – and I’m excited to see if this invites a whole new audience of players to an underappreciated genre.

Minecraft Dungeons is a solid dungeon crawler that will work wonders with younger audiences taking their first step into the genre, although will leave experienced players wanting something more significant. A brief campaign and underdeveloped hub world prevent it from achieving greatness, yet I can’t help but be impressed by the foundation Mojang Studios has built here.