The Microsoft Surface Earbuds cost too much for what’s on offer. They don’t sound great, nor is the earbud style versatile – the shape may have been chosen for comfort, but it introduces its own issues.

“Break free from ordinary” is the Microsoft Surface Earbuds tagline. That’s no joke. These earphones look weird, and include some strange features, including the ability to change slides in PowerPoint with a swipe of an earpiece.

That’s just what we all want from our true wireless earphones, right?

The Microsoft Surface Earbuds aren’t a good buy for the majority. Their sound is passable at best – and is in no way a fit for the £200 price. They’re not ideal for use in noisy environments, and if you’re accustomed to IEM earphones – the kind that use a silicone or foam tip to block your ear canal – then you may find the Surface Earbuds less comfortable.

For most people the only benefit is that you can hear outside sound better. But now that ‘ambient aware’ modes in headphones and IEMs are actually becoming quite decent, even this appeal seems thin.

The Microsoft Surface Earbuds cost £199, more than most of the true wireless pairs Trusted Reviews often recommends. They seem priced to match the Apple AirPods Pro, which is bold.

The rounded bit up top is the section that goes in your ear. It’s moulded to sit at the entrance of your ear canal, with a stabilising wing that keeps the Surface Earbuds in place. That’s the theory, anyway.

They’re topped by a silicone sheath that stops hard plastic from sitting on your ear.

Microsoft says the Surface Earbuds are made for added comfort. And there’s a common perception that earbuds such as this, as opposed to ear-blocking IEMs, are more comfy.

I’ve never really understood this. Use a pair of IEMs with a good soft tip of the right size and you can’t go too far wrong – but some people still hate having things plugged into their ears.

I find the Microsoft Surface Earbuds less comfortable than an IEM in some situations. If you’re sat still, then they’re fine. But if you’re moving around, you may need to reseat them, which will often result in cartilage ache.

Microsoft supplies three sizes of rubbery tip cover with these earphones, in the usual small, medium and large sizes. I’m a large, apparently – but on one occasion during exercise, the left earpiece still flew out of my ear and onto the muddy floor. I’ve never had this happen with a true wireless IEM.

As you can probably tell already, I’m not a big fan of this ‘earbud’ design. But, yes, for sedentary use the style is perfectly comfortable and not too difficult to fit once you’ve worked out how they’re meant to feel when in place.

It’s the back of the Microsoft Surface Earbuds that is the real attention-grabber. It’s a comically large disc of plastic, as if someone on the Microsoft design team decided “whatever we do, it has to be recognisable”.

There is a practical justification. It’s the earphones’ touch surface. Different taps and swipes on the earphones perform the usual tasks of skipping tracks, changing volume and play/pausing. These are split across the earpieces to stop one gesture being recognised as another.

A bigger surface makes sense, but I still don’t think it works terrifically well in practice because of the Microsoft Surface Earbuds’ style. Despite the rubbery tip, with every small movement you’re pushing something relatively hard into your ear cartilage. And, again, after a while this causes outer earache.

Maybe I have particularly sensitive ears…

You might expect the Microsoft Surface Earbuds to be loaded with features, as a set of earphones from a tech giant that doesn’t traditionally make audio gear – but this isn’t the case.

There’s no active noise cancellation, because it isn’t suitable for this kind of earphone. You can’t power up the charge case wirelessly, plus the earbuds don’t auto-pause on being removed from your ear. There’s no battery indicator on the case, nor any LED on its outside. There’s just one LED on the inside, to show when they’re charging or in pairing mode. Note, too, that the Microsoft Surface Earbuds need to be inside the case to pair.

Battery life is respectable for true wireless earphones at seven hours, and they last for “up to 24 hours” with the case.

Tuning the Microsoft Surface Earbuds must have been a bit of a nightmare. It’s a bit like trying to set the right temperature for the heater in a room without knowing how many of the windows are open.

Earbuds such as these don’t make a tight seal with your ear, meaning much of the bass is lost to the air. The 13.6mm drivers compensate by dramatically increasing the level of bass they deliver compared to IEMs. Try to actually seal your ear with these earphones and music becomes hopelessly boomy, and may distort.

At their best, which means using them while sat or stood still in a reasonably quiet environment, the Microsoft Surface Earbuds sound pleasant enough. These are unchallenging earphones with plenty of slightly soft bass, no significant sharpness or sibilance, and a reasonable scale to their sound.

However, it just doesn’t stack up well next to the £200 price. Separation is limited, dynamics are at best basic, the mids sound pillowy, and there’s really no refinement to the texture of any part of the frequency spectrum.

The sound they deliver is enjoyable enough – unchallenging audio that would be just fine in an affordable pair. But the Microsoft Surface Earbuds don’t fare well next to other true wireless earphones you might buy that are closer in price.

There are some other issues, too. While the Microsoft Surface Earbuds display a decent level of bass, true sub-bass is poor. It just sort of rolls off into nothing down at the bottom of the frequency range, which Microsoft claims to be 20Hz.

How much bass you’ll actually hear depends on the external conditions, too. Walk into a stiff breeze and it may well be replaced by wind noise. Wind noise is pretty common in active noise cancelation earphones, caused by air blowing into the pinhole microphone. But here it’s caused by air whooshing around the holes in the semi-seal in your ear.

I noticed this a lot whilst running with the Microsoft Surface Earbuds. The amount of ambient noise will affect your experience, too, so these earphones won’t be great for public transport either.

The Microsoft Surface Earbuds are too expensive to recommend. They don’t sound good enough, or do anything revolutionary to make up for that deficiency. Apple’s shift to an IEM style for the AirPods Pro may have been largely to allow for active noise cancellation, but it goes hand-in-hand with better sound quality. And unless you can’t stand ear-canal earphones, I recommend the Sony WF-1000XM3, Cambridge Audio Melomania 1, or any number of other true wireless earphones instead.

You want a decent fit
The feel/fit of the Microsoft Surface Earbuds is the main reason to buy these earphones, even if I don’t personally find it all that successful. Earbuds such as this don’t have a tip that tunnels into your ear canal, a feeling some people don’t like at all.

You want the best sound you can get for £200
The Microsoft Surface Earbuds don’t have it. A lot of this comes down to the style of the earphones, which just doesn’t allow for the sort of careful tuning that is the standard in ear-blocking IEM earphones.

The Microsoft Surface Earbuds cost too much for what’s on offer. They don’t sound great, nor is the earbud style versatile – the shape may have been chosen for comfort, but it introduces its own issues.

Yes, the Surface Earbuds have support for aptX, as well as SBC, but seemingly no support for the AAC codec iPhones use.

Are the Surface Earbuds water resistant?

The Surface Earbuds have a water resistances up to IPX4, which means they’re protected for splashing water in any direction. That would make them a decent shout for exercise use. 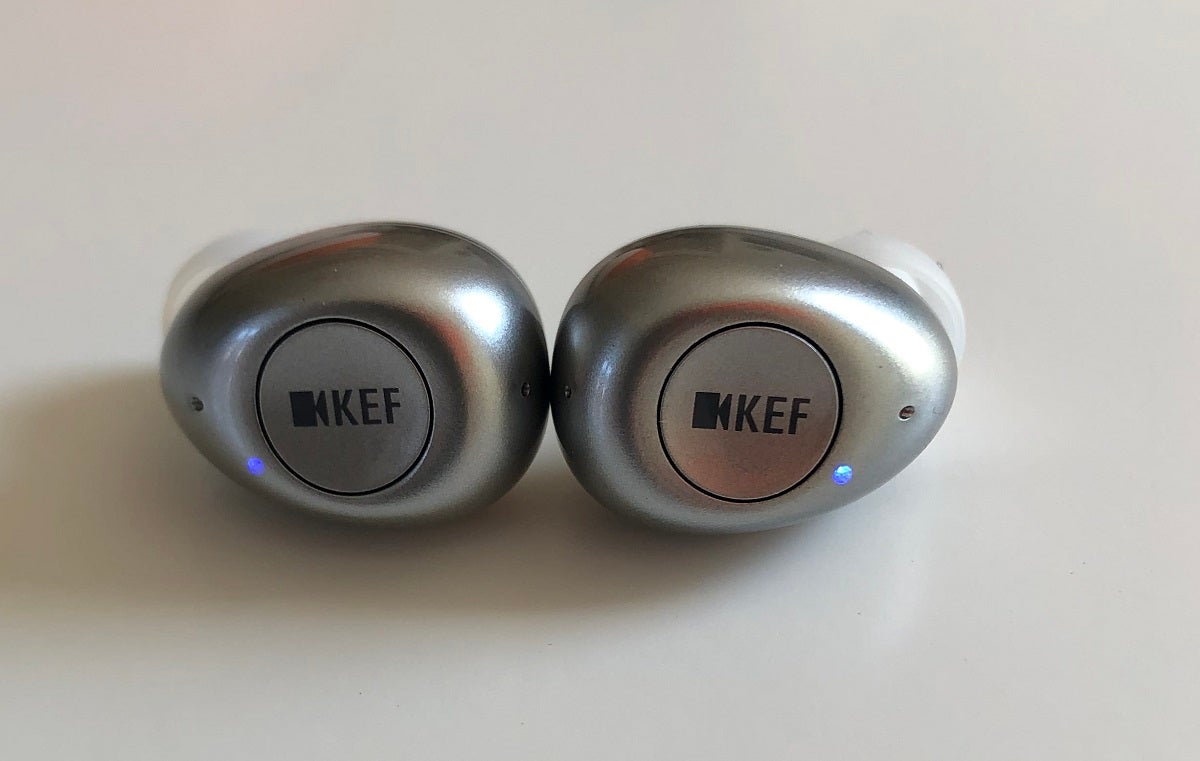 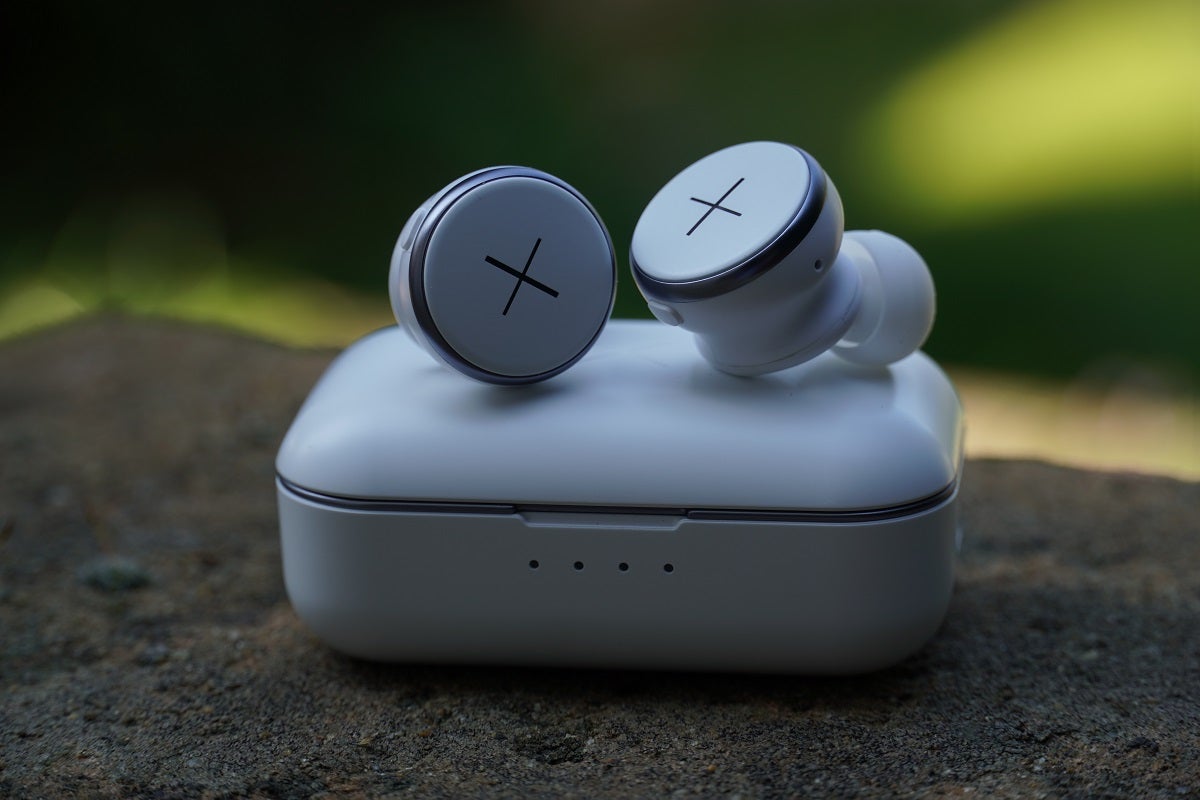