Touch Cover 2 vs. Type Cover 2: which should you choose?

When we reviewed the Surface Pro 2 earlier in the year, we only had the Touch Cover to use it with. While the Touch Cover 2, which uses touch sensitive keys rather than physical ones, is a big improvement on the first one and a very useable keyboard, now we’ve tried the Type Cover 2 it’s confirmed our suspicions that’s still the better bet.

The Type Cover 2 is slimmer and lighter than the first effort — it weighs 255g, which means the Surface 2 weighs a not insignificant 985g when the two are combined — and it’s now backlit. The keys are improved, too; they’re quieter, more precise and better defined than before. It truly is great keyboard to type on, good enough that it makes the extra £10 and 60g in weight over the Touch Cover worth it. 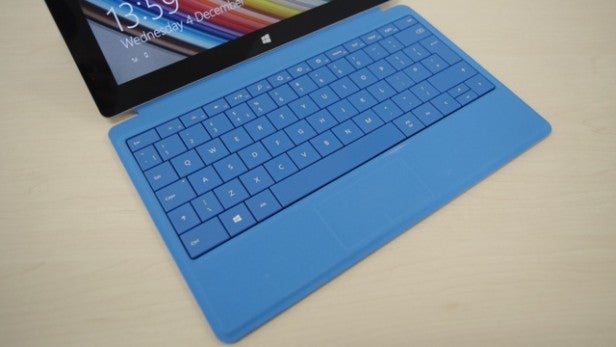 The Type Cover keyboard is oustanding

Cameras on a tablet always feel like a bit of an afterthought, though it’s important that the front-facing one is decent for video calls. This is especially true given Microsoft’s Skype tie-in and its more corporate mindset, and the front-facing camera is very good. It handles low-light well and looks sharp and clean in good light. The rear facing one is very basic, but it does the job.

Other things worth knowing include that the magnetic charger that caused some issues in the past seems a bit easier to use now, and that there’s now a second microphone at the rear to allow for active noise cancelling on video calls. It’s also worth remembering that Microsoft includes some nice sweeteners with the Surface RT, such as free ad-supported music streaming from Xbox Music, 200GB of SkyDrive storage and unlimited Skype for a year. 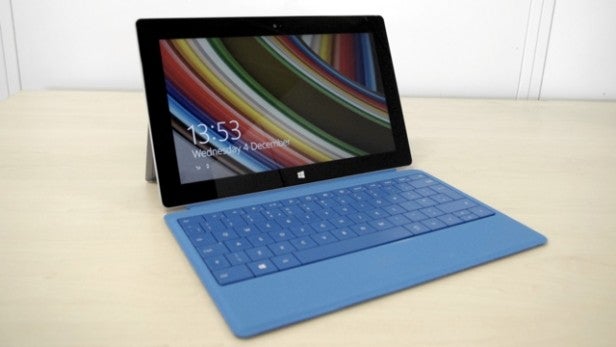 Should I buy the Surface 2?

If you use Office day in, day out and want a lighter, more portable alternative to a laptop then the Surface 2 is worth a punt. But the sad truth is that, despite the Surface 2’s many qualities, Office RT 2013 is its only true selling point. It’s the only reason to buy one. And, believe it or not, the large majority of the world doesn’t need Office that much, and those that do probably need other desktop apps as well.

Elsewhere the Surface 2 is a solid but unspectacular tablet. The screen is good, but the speakers are dire; the design is nice, but it’s bulky and less refined than the iPad Air; Windows RT has many bright points, but it’s rough around the edges and lacks apps. There are just too many niggles to recommend a Surface 2 over the numerous alternatives out there, not least when the Asus Transformer Book T100 offers similar performance and battery life for around £100 less and with full Windows 8.1 in tow.

As with many Microsoft products at present, the Surface 2 has great potential that’s yet to be realised. It bodes well for Microsoft (and consumers) in the future, but it doesn’t make a great argument for taking a risk now.

The Surface 2 is good tablet if you must have the full Office experience on the go, but for anyone else there are better options out there.

Next, cast your vote in the TrustedReviews Awards 2013