Before the Storm’s opening episode was an underwhelming start for Chloe Price’s adventure that relied far too heavily on cheesy, hamfisted drama to be truly compelling. But it still had potential, setting the foundations for several character arcs I was eager to see unfold. Brave New World brilliantly capitalises on these, delivering a middle chapter that expands on its cast while exploring themes that turned me into an emotional wreck.

Chloe Price is Brave New World’s greatest strength: a conflicted character, still mourning the loss of her father. She’s lost, struggling to find her place in a world that seems to reject her at every turn. In reality, people are merely trying to help, but Deck Nine captures the perspective of a troubled, hormonal teenager with a great sense of realism. Chloe finds solace in rebellion, even if it means indulging in drugs and other illegal things.

After a clumsy start, Deck Nine has a more solid grasp on Chloe’s character, and this is largely thanks to Rachel Amber, her potential love interest. Rachel’s in the same position as Chloe, failing to determine her place in a world she feels hopelessly closed off from. The two find comfort in each other, blossoming into a believable, lovingly-portrayed romance. As someone who had similar feelings of discovery as a teenager, Before the Storm presents Chloe as an empathetic heroine I can relate to. 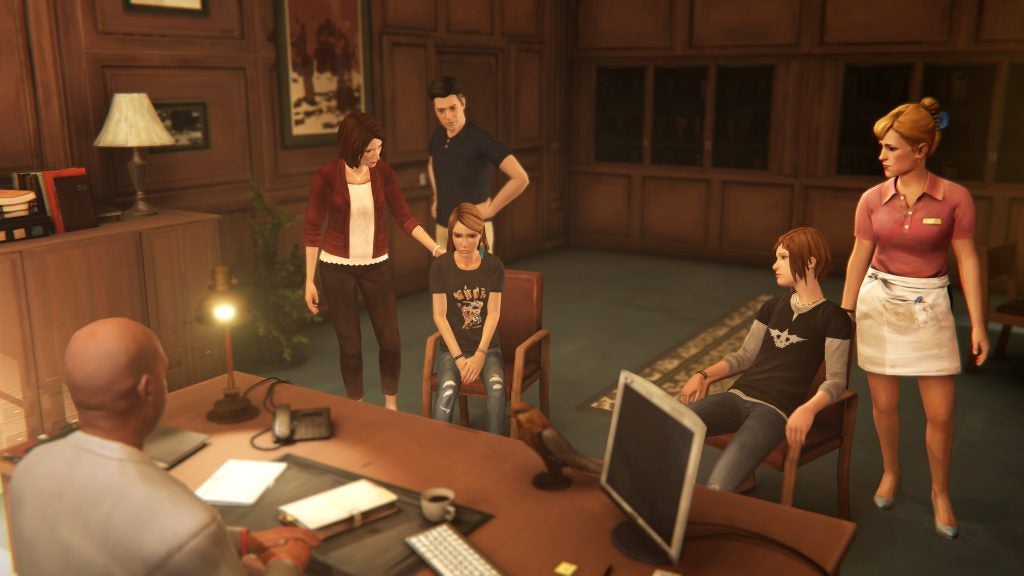 After our protagonist caused a forest fire in the previous episode, the disaster plays a thematic role in Brave New World. The embers decorate Arcadia Bay’s horizon as Chloe and Rachel find out more about themselves, resulting in a downfall of ash that foreshadows the events of Before the Storm’s finale. While not entirely subtle, such imagery helps alleviate some of the iffy dialogue delivery that often fails to have the desired effect. It makes an otherwise seemingly inconsequential situation feel grand in scale, heightened further by a fantastic soundtrack by Daughter.

Now suspended from Blackwell Academy, Chloe is forced into a mixture of situations that require big decisions, many of which will present a choice between seeing her rebel further, or struggle in vain to work with those around her. Even though I went for the latter option, it was impossible to predict how Chloe would act. While this made some of my decisions feel hollow at times, it’s representative of what I’d expect from Chloe. She doesn’t take crap from anybody – not even the player.

One such situation sees Chloe emptying her pockets in front of her mother, exposing her vulnerability in the form of personal belongings. The scene then throws a curveball, taking Chloe’s character in a direction I didn’t expect. Before the Storm is doing an excellent job of subverting expectations, telling a story I thought would be predictable and making it fresh. I know where these characters will end up, but how they get there is a mystery I’m eager to uncover.

Chloe’s eyes give away doubtful thoughts as major moments give rise to internal conflict. Rachel wants to run away from Arcadia Bay and never look back, but Chloe knows deep down that she can’t just leave her parents behind. Her frame of mind is irrational, and it feels like she’s too scared to put her foot down and make a firm decision. This aura of unpredictability makes her feel real, adding further weight to each moment. 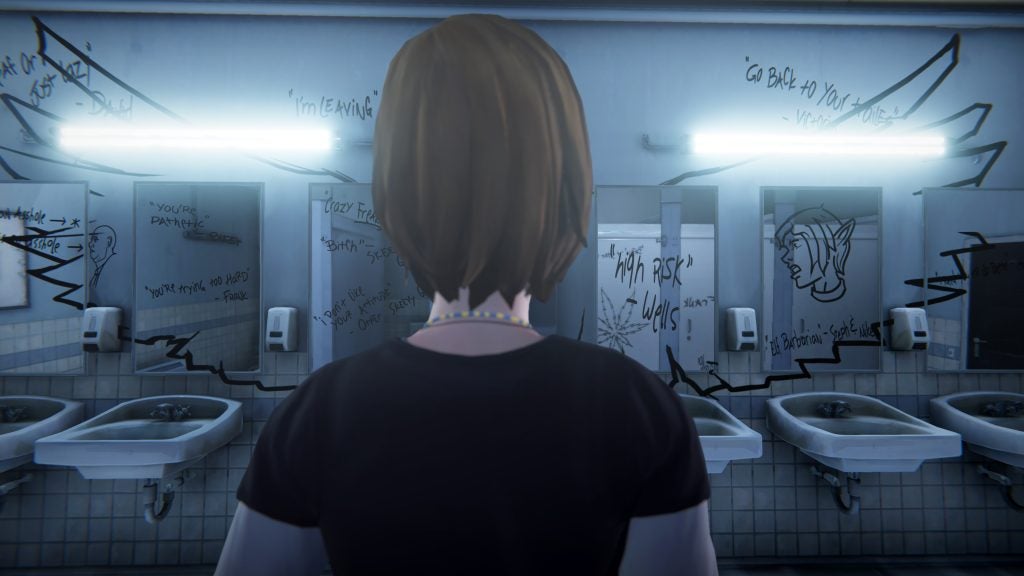 Before the Storm’s narrative presentation is still excellent, and remains its most important facet. Sadly, moment-to-moment gameplay lags behind its predecessor. Chloe moves about limited environments like a clumsy mannequin, with any engagement found in interacting with objects and speaking with the supporting few characters. It’s serviceable, but feels lifeless, failing to capture the same sense of watercolour brilliance the original series did so well.

Moments like this make me feel that Before the Storm would be more effective as a walking simulator of sorts, with additional focus placed on its evolving storyline. Brave New World’s weakest moments are repeatedly found in sections that see you labouring about a small area in search of random objects. These only serve to extend the runtime without contributing anything to Chloe’s arc or the world around her.

Life is Strange presents a beautifully rich world, but being given so many opportunities to prod and poke at it only serves to reveal its many inconsistencies. Certain textures look horrific, while supporting characters look mundane. Before the Storm’s general presentation is quite jarring, and its failure to maintain a consistent level of quality meant I was never blown away. Luckily, the narrative was always enough to keep me engrossed. 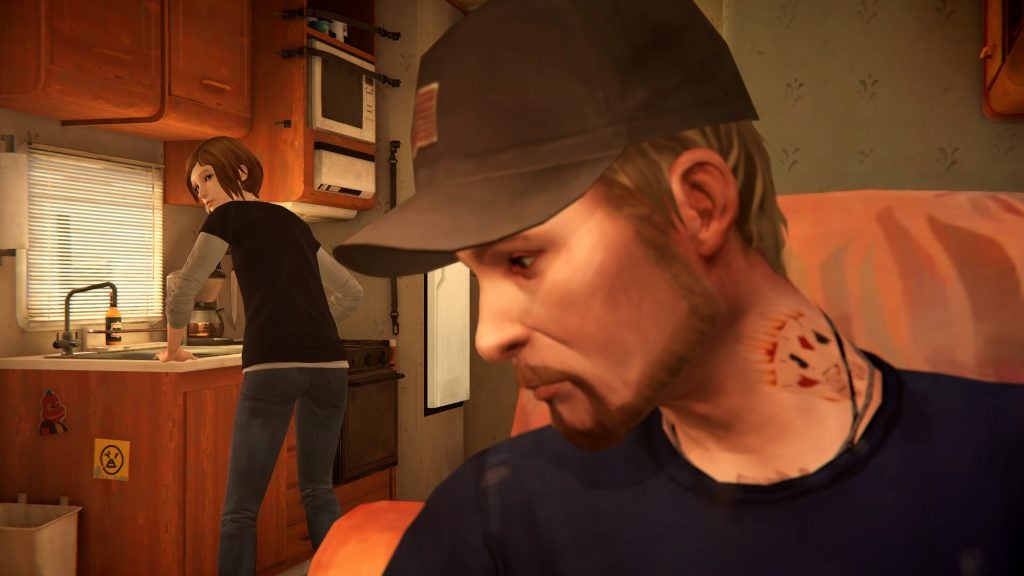 Before the Storm’s handling of LGBT themes is something worthy of praise. Chloe and Rachel clearly love each other, and those feelings are showcased through some purposefully clumsy small-talk and player decisions that hammer home how much I came to care for both of them. Deck Nine Studios should be applauded for this, and for not being afraid to show how heartfelt relationships can be, regardless of gender.

Brave New World is an excellent middle chapter in Deck Nine Studio’s trio of episodes, focusing on the strengths of Chloe’s character and her feelings of isolation from family, education, and own place in society.

While it is yet to reach the heights of its predecessor, Before the Storm has now, in my eyes, proven itself a worthwhile prequel that expands on its universe instead of clinging to what came before it.

Next
Life is Strange: Before The Storm – Episode One Review