Big battery, but what else?

LG is out at MWC 2017 in force, and while the flagship G6 deservedly is getting the majority of the attention, it’s not the only phone the Korean company has unveiled.

The latest entrant in its ‘X-series’ – which focuses on one specific feature per phone – is the Power 2. While the name suggests this would focus on speed, it’s actually all about the battery. The Power 2 boasts a 4,500 mAh, pitting it directly against the excellent Lenovo P2.

Picking up the LG X Power 2 you can really tell this is a phone aimed at the lower end of the market. The overall design might be fairly attractive from a distance, but get closer and things start to fall apart. Considering the likely sub-£200 price I won’t go in too hard, but the plastic body creaks and there’s an odd gap between the different parts of the body. 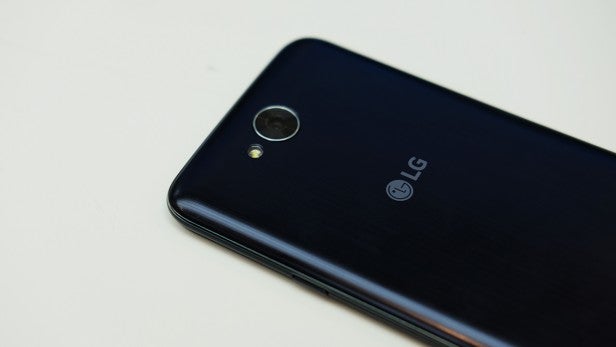 There’s also a quite strange feeling back that shimmers in the light. It adds a touch of something different, but it just feels odd to the touch.

Considering phones like the Moto G5, Honor 6X and Lenovo P2 are all offering metal bodies for a similar price it feels like LG could have tried a bit harder.

The screen is another area that feels a little bit lacklustre. It’s a big 5.5-inch panel, but it’s restricted to 720p rather than 1080p. 720p can work at smaller screen sizes – the Sony Xperia X Compact for instance – but stretched out its limitations begin to show. Icons are jaggedy, pictures lack detail and even text lacks the smooth finish you’d get on most phones.

Colours also seemed a tad drab, but there was enough brightness to deal with the powerful convention center lights. 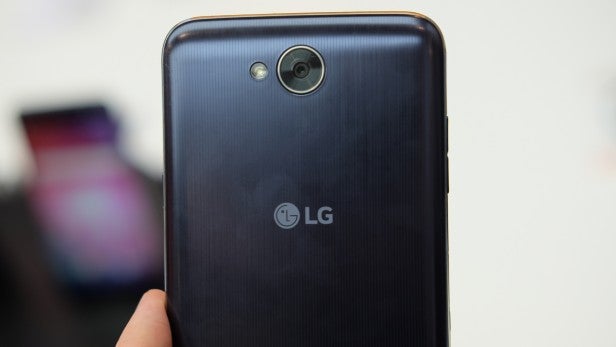 One bonus of the lower-res screen is in battery life, and that’s one area where the LG X Power 2 really should impress.

Tucked under that plastic body is a whopping 4,500 mAh cell, which an LG rep said should last multiple days before needing to be charged. Lenovo claimed something similar with its P2 – which has a slightly larger 5,100 mAh battery – and it actually managed the feat, so there’s no reason why the LG X Power can’t match it.

Hopefully helping out the battery-life is the processor, which is a MediaTek MT7650 CPU. I haven’t had any experience with this chip, so it’s hard to judge exactly how well it’ll perform. I’ll do our usual suite of benchmarking tests when we get the final version in for review. There’s also 2GB RAM and 16GB of internal storage, which can be expanded via microSD. I’d heavily suggest investing in microSD if you plan on getting this phone, as 16GB is very limited if you plan on using this as a photo and media machine. 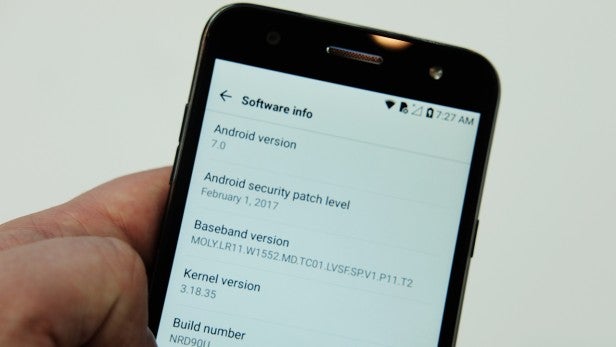 A busy convention center isn’t the ideal spot to test out a phone camera, but the 13-megapixel rear camera seemed ok at quickly snapping a shot. The app was quick to start and focusing didn’t take an age, but i’ll need plenty more time with the phone before I can really judge its optics. There’s also a wide-angle front-facing 5MP camera, which should be good for cramming lots of grins into a picture.

If long battery-life is your biggest desire in a phone, then the LG X Power 2 could very well be for you. But, the price has got to be right. Too close to £200 and the Lenovo P2 becomes a rival almost too big to overcome.