What is the Honor 6X?

Update: The Honor 6X is now available from Carphone Warehouse

Honor, a spin-off from Huawei, appears to be more focused on “viral” marketing aimed at its supposedly millennial audience than making decent phones.

That may sound harsh, but when your brand’s slogan is “#forthebrave” and the tagline for this particular phone is “Double or Nothing”, you’re setting the expectation that the Honor 6X is something out of the ordinary. It’s not; it’s just a fairly standard mid-range device that covers the basics and does nothing much beyond.

WATCH: Hands-on with the Honor 6X

Hold the Honor 6X at a distance and it looks like quite an expensive, if predictable, piece of kit.

It has that often recycled sloped “metal” back with slightly curved corners and a 2.5D glass display. A circular fingerprint scanner sits below the dual-camera setup, and it’s nice to see both these features on an affordable phone.

Honor makes great fingerprint sensors, and the one that’s used here is no different. It’s on the small side, but setup is fast and unlocking the phone is instantaneous.

Get a little closer, or actually pick up the phone, and the fact this handset costs £225 becomes more apparent. The metal feels almost plastic-like, with just a thin layer of metallic spray added on top. The buttons, too, are quite mushy and have already started to stick into the body of the phone; I’m not convinced about the longevity here. 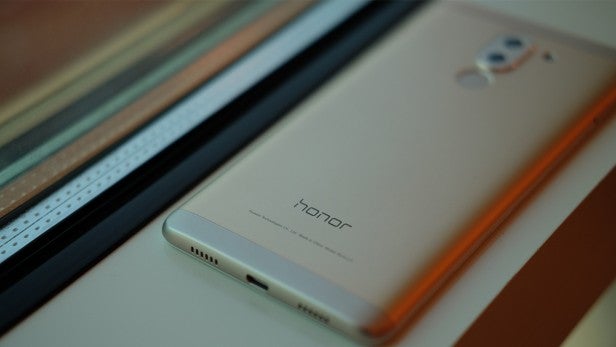 Those niggles aside, Honor has got quite a lot right. Considering the 5.5-inch display is on the larger side, it’s a very manageable phone. I can use it in one hand without any issues and the bezel is kept to a minimum. It’s slim too, and won’t stand out in your pocket.

The headphone jack sits offset on the top – I think it should always be on the bottom, but that’s more of a personal opinion – and there’s a micro-USB port on the bottom. That’s an odd choice and screams of using up old factory parts on a cheaper phone, especially since nearly all phones this year will feature USB Type-C.

There’s nothing glaringly wrong with the Honor 6X’s design, but there’s equally nothing here to appeal to the target audience. The dull selection of grey, gold and silver colours only compound the feel of a handset that lacks personality; it just looks like any other imported Chinese phone.

When it comes to the display, things are a little more positive. It’s 5.5 inches in size and an LCD panel running at 1080p. Considering it’s still very common to see brands – Samsung with the Galaxy A3 and Sony’s Xperia XA being two examples – use 720p displays at this end of the market, I appreciate Honor not skimping.

The screen ticks most of the boxes: it’s accurate at representing colours, gets bright enough to combat the sun, and doesn’t turn to mush when you tilt it.

Colours don’t have quite the punch you’d get with an AMOLED panel – reds are a bit washed out and blacks lack depth – but you can toggle settings slightly to try to combat this. 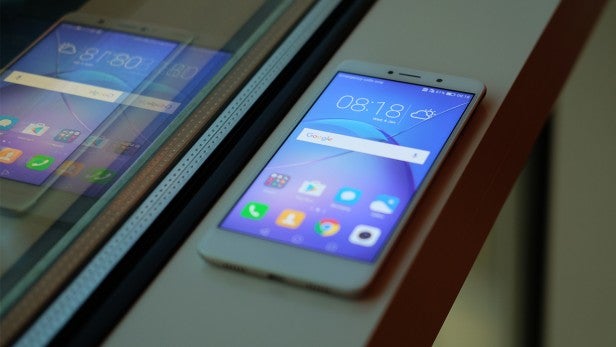 For some reason, Honor has decided to launch the 6X with completely out-of-date software, even though most Huawei or older Honor phones are being updated to the newer EMUI 5 that’s built upon Android 7.

The jump from Android 6.0.1 Marshmallow to 7.0 Nougat wasn’t huge for most phones, but it was for Huawei and Honor devices. EMUI 5 completely gutted the OS and improved everything from the general design to the notifications panel.

An app drawer was added, Google integration actually worked as it should, and there was a noticeable performance improvement.

With the Honor 6X, you get none of this. Not only is EMUI ugly, but often it simply refuses to correctly sync my Google accounts. It also likes to restart frequently, completely quitting out of all the apps and rebooting the whole phone.

Honor has said it will upgrade the phones later in the year, but with Android Nougat being out for a while now, it’s less acceptable.

There are quite a few bloatware apps and games pre-installed – but thankfully, each of these can be deleted.