The LG G2 is an Android phone with a custom-made LG interface on top. Building on Google’s Android 4.2.2 Jelly Bean OS, the LG UX interface has all the features and functions you would want and expect from a high-end phone. The G2’s UI is not as elegant as that on the HTC One, or as overloaded as the Samsung Galaxy S4’s, but instead is something of a happy medium that impresses but never really excites.

The LG G2 software is not brimming with masses of filler features. The phone instead plays host to a few neat extras that make the overall user experience simpler, and more pleasant. The first of these to get to grips with is KnockON, a feature that lets you forget about the awkward button placement by using a double tap on-screen to unlock and activate the phone. 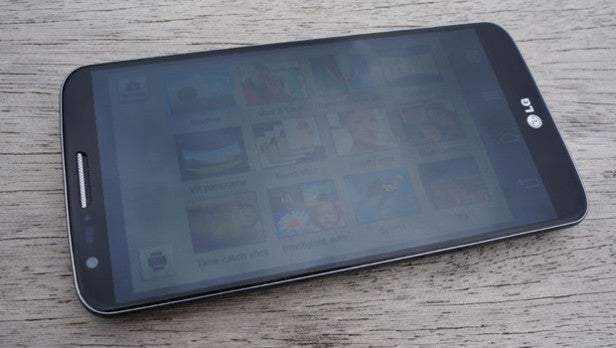 Although a far more intuitive way to access your phone than reaching for an out of sight physical key, KnockOn is not always flawless and smooth, proving slightly temperamental during testing. As it requires you to tap the exact same spot twice in very quick succession, we feel a BlackBerry Z10 esque ‘slide up to unlock’ motion would be a more useful and fool-proof.

Forgoing the eye-tracking filler features of the rival Samsung Galaxy S4, the LG G2’s software has a few more useful extras instead. A Guest Mode lets you keep all of your personal data safe when you hand the phone to a friend, while LG’s Plug and Play is a welcome inclusion. Inserting a pair of headphones causes a pop-up menu of app shortcuts to appear, bringing music, video, YouTube and phone apps to the fore. A simple addition, but a real time saver.

The LG G2 might not feature a single killer software feature, but what it does offer is an user experience that is pleasant, engaging and sure to satisfy both hardcore users and smartphone newbies alike. Most importantly, the UI keeps the phone feeling smooth and prompt. 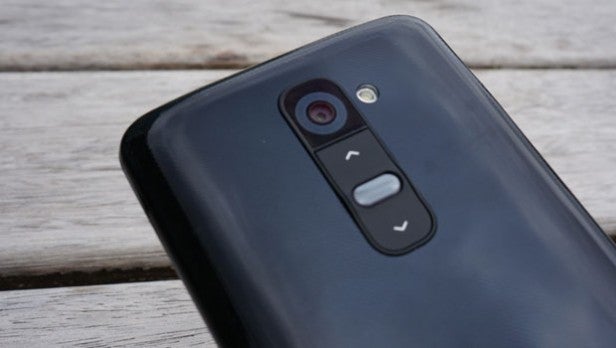 Having wowed us with its screen, the LG G2’s performance continues the trend, with the 2.26GHz quad-core Qualcomm Snapdragon 800 processor marking the phone out as one of the speediest on the market. It’s among the first phones to feature the new Snapdragon CPU, alongside the Samsung Galaxy Note 3 and Sony Xperia Z1.

Back to the LG G2, though – the phone was more than capable of handling anything and everything we could throw at it. Strong across the board, the G2 pairs the 2.26GHz CPU with an Adreno 330 GPU and 2GB of DDR3 RAM. Launching apps is a prompt, fuss-free affair with multitasking handled with ease. Jumping from web browsing, to constructing an email, to a casual gaming session in quick succession and the G2 doesn’t break a sweat.

Multitasking is one of the LG G2’s fortes, too. Tackling the issue from multiple angles, three finger swipe multitasking lets you drag across apps running in the background. This proves to be a quick way to move between programs in very easy fashion.

On to gaming. Real Racing 3 is a stumbling point for many entry and mid-market phones, but the LG G2’s processor barely misses a beat. The GPU ensures that graphics are on point and, combined with the Full HD IPS screen, overall gaming visuals are second to none. Video content again benefits from the screen and graphics partnership, with motion blur and image lag now a thing of the past. 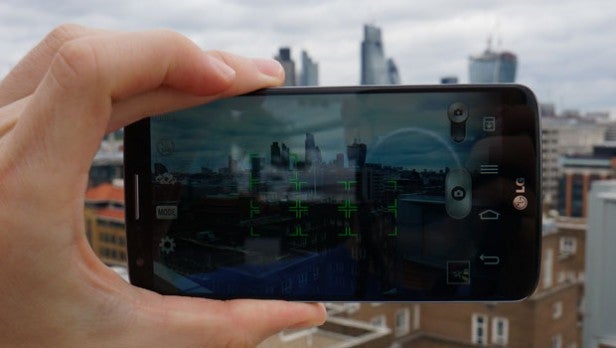 The LG G2 camera is a 13-megapixel offering with optical image stabilisation (OIS) thrown in for good measure. Although an impressive camera on paper, in reality, the results fall slightly short of expectations with long focus times and an unreliable white balance bringing the performance quality down. As you would expect from a modern flagship phone, 1080p Full HD video recording is also possible.

The first 13-megapixel smartphone camera to benefit from OIS, the LG G2 is a largely well balanced offering that, like the phone’s software, impresses but doesn’t really excite. Despite having OIS, slightly blurred shots are still an all-too-frequent occurrence, with the image stabilisation features proving more of an occasional improvement than a regular shot saver. It’s not as effective as the OIS found in the Nokia Lumia 1020.

Despite what LG would have you believe, the G2 camera is not going to stop shots in less than ideal lighting being prone to blurring either. A steady hand is still required to capture strong pictures. 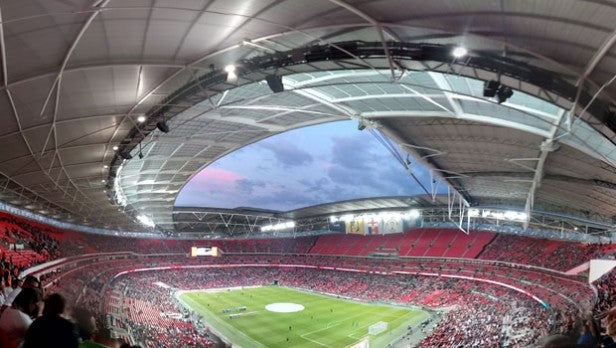 Further enhancing the G2 camera, LG has packed the phone with all manner of shooting modes. Everything from the standard night mode and action shots, to dual camera shooting and LG’s own Photo Sphere rival is included.

The result is an array of options capable of tackling most shooting environments. Although it has an LED flash, the LG G2, like most smartphone cameras, is not the best of indoor performers. 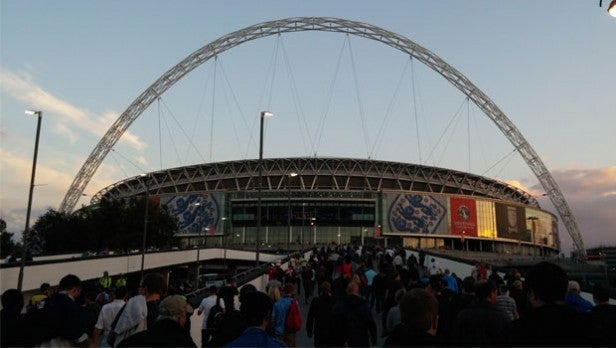 The flash is one of the better additions, not completely whiting out your snaps. The G2 camera does generally struggle with its brightness management, though. A bit happy on the whites, shots can end up overexposed . 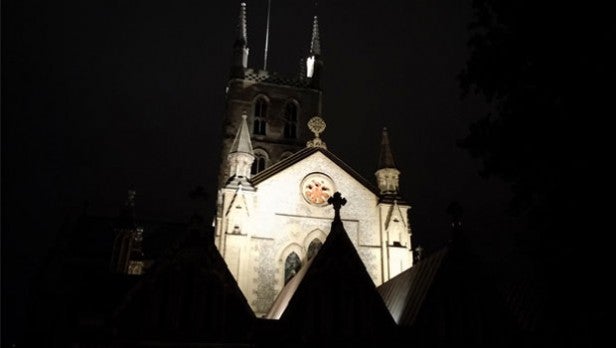 Hardly a game changer, but a fun extra, the ‘Cheese Shutter’ takes a snap when subjects say ‘cheese’ – sure to make the kids happy to get in front of the camera. Giving the physical controls a bit more purpose, the down volume key can be held to launch directly into the camera app from the lock screen.

The LG G2’s camera collection is about more than just the 13-megapixel showpiece, with a secondary 2.1-megapixel snapper on the phone’s front. Shameless selfies will not disappoint. The forward-facing camera is capable of relatively detailed and bright shots. As you would expect, though, depth to images is not the secondary camera’s strong point.