Hardware-wise the LG G Pad 8.3 is a success. It’s in the software that we find some of the tablet’s weaker parts.

It currently runs the slightly out-of-date Android 4.2 Jelly Bean software, with LG’s usual custom interface layer on top. While it does make some concessions for the relatively large screen, fitting in more content than a phone would, LG’s is one of the fustier-looking custom Android skins.

The default icons, the font and the architecture of the interface itself all look a little bit stale compared with the latest Samsung Android skin and the vanilla Android 4.4 interface. However, it also doesn’t suffer from the same level of stuttering we saw recently in the Samsung Galaxy Tab Pro 8.4, it’s much less invasive than some and you can change the interface easily with a custom Launcher app. These change how Android looks, and don’t require any form of rooting or hacking. 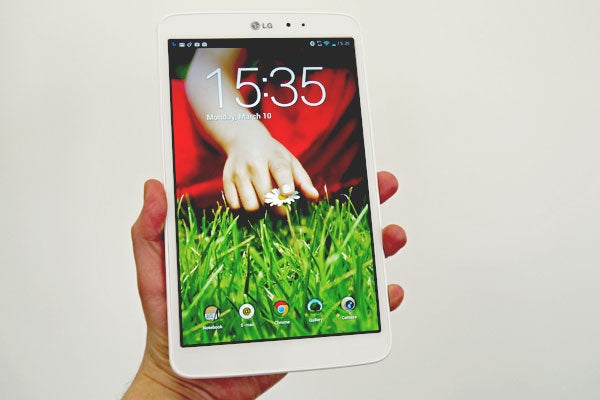 LG also allows for some customisation of its own interface too. You can change the system font, what the task bar looks like and so on. With a fresh wallpaper slapped down and a few tweaks applied, you can make the G Pad look pretty good. It just takes a bit of effort.

As you might expect of a sub-£200 tablet, the LG G Pad 8.3 does not have a cutting edge processor. But it’s not slow either. It uses a 1.7GHz quad-core Snapdragon 600 CPU and has 2GB RAM. That’s a good spec for the price, and roughly matches some top-end tablets and phones of early-mid 2013, including the Galaxy S4 and HTC One. There’s some minor lag we associate with the use of a custom Android skin, but general performance is good.

To test the LG G Pad 8.3, we tried a few benchmarks and challenging 3D games. It handles Gameloft’s Asphalt 8 and Real Racing 3 with relative ease, and its 1682 Geekbench 3 score is the ballpark we’d expect from a tablet with this processor. It’s more powerful than the second-generation Nexus 7, which is impressive at the price. Much like the LG G2 Android phone, you get an awful low for your money with the G Pad 8.3.

Under pressure, the aluminium rear of the tablet spreads heat across the backplate, and it does get reasonably warm. Heat management isn’t quite as good as it is in the iPad mini Retina. It doesn’t reach worrying levels, though. 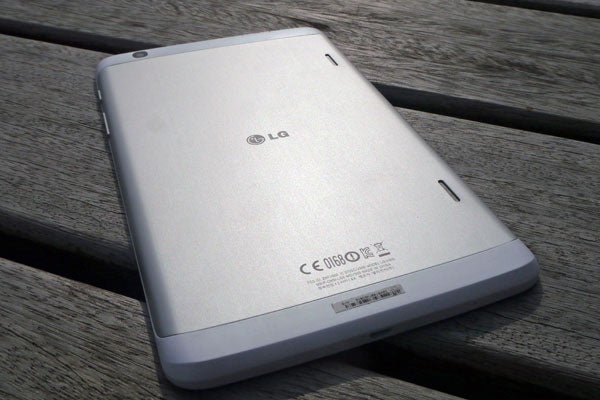 LG has piled a bunch of apps into the LG G Pad 8.3. They do clutter up your app drawer, but there are some apps that you may find useful. Here’s a quick round-up of what you get: 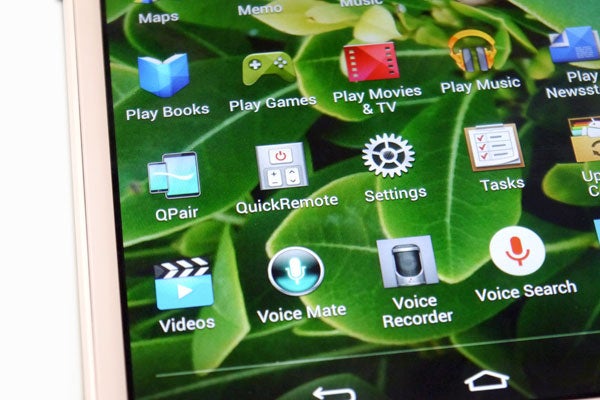 Aside from QuickRemote, which relates to a feature not found on all
Android tablets (the IR transmitter), we would prefer to live without
these. However, a bit of bloat is the price you pay for a non-Nexus,
non-Apple tablet.