The LG G Flex runs a customised version of Android 4.4 KitKat. The interface doesn’t feel dramatically different to standard Android, but every element has been given the LG visual treatment. They include, app icons, wallpapers, the lock screen and even the virtual soft keys.

LG has made a new ‘Flex’ theme for the phone, which includes all these elements, but you can switch to the default LG style if you like too. The Flex look is better, but there’s still a little visual inconsistency, which has made LG’s previous Android interfaces look a little wonky in part. 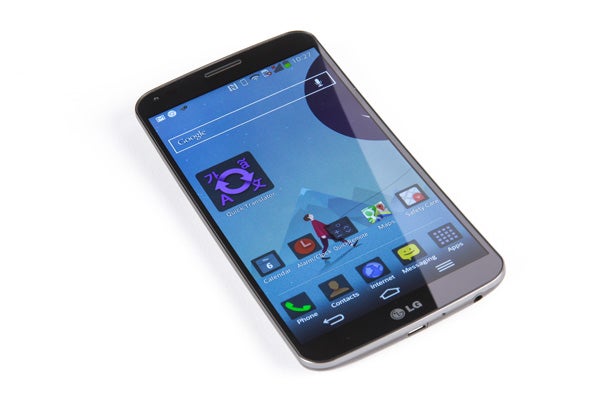 For example, the LG-designed app icons have translucent black backgrounds, but these don’t sit under all apps, just the ones LG has had a hand in. It makes you app drawer look a little messy. Things like this are where third-party interfaces fall behind the generic Android UI.

The notifications bar is also a lot worse than the standard one. It’s home to features and apps shortcuts, and brightness/volume sliders – as well as your notifications. While notifications are up top to start with, in use they soon get sidelined under a these controls, which take up half the screen. Alterations like this see LG take a proverbial pee on something that has been carefully tweaked bit-by-bit since 2008.

A fully-loaded custom interface also eats into the available storage. With a 32GB Nexus 5 you’ll have around 28GB storage to play with. An LG G Flex gives you 23.8GB. 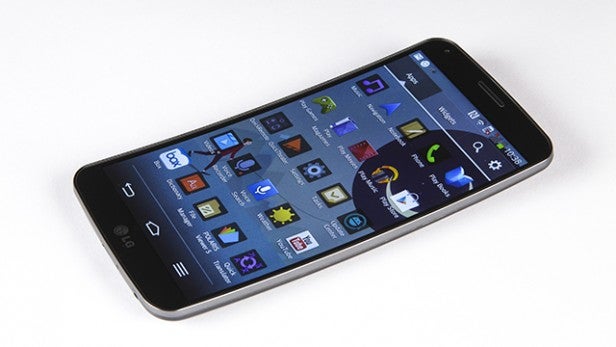 This space isn’t taken up simply by app icons, though. There are several custom apps you won’t see on the phones of other manufacturers. Here are the main ones –

QuickRemote
This is a universal remote control app that uses the IR transmitter on the back of the phone to control your home entertainment gear. It works much like the alternatives found on the HTC One and Samsung Galaxy S4.

You pick the sort of gadget you’re trying to control, the manufacturer and then have to attempt a bunch of different configurations to see which is the right one. It’s not as good as the Logitech Harmony system, but it does work.

QuickTheatre
A quick media player and photo gallery, QuickTheatre is an app that you can launch from the lock screen when holding the phone in landscape orientation. It’s really little more than a pretty shortcut to the Gallery, video player and YouTube apps. But it is quite convenient for mobile video watchers out there. 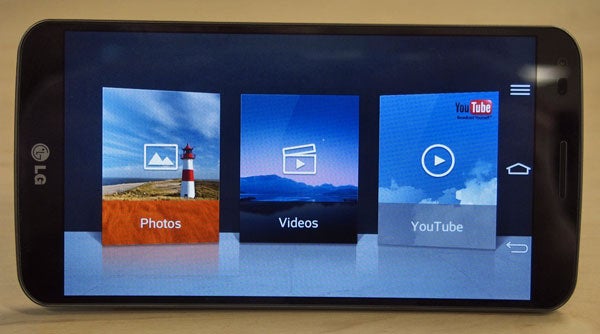 Safety Care
Far removed from the glitz of the curvy screen, Safety Care notifies selected contacts when you make an emergency call, when you haven’t used the phone for a certain time or when the phone ends out of – or in – a certain area.

FM radio
Essential to some, utterly redundant to others, it’s an FM radio. This is an interesting inclusion as FM radios are often left out of top-end phones, but are still quite common in cheap ones. 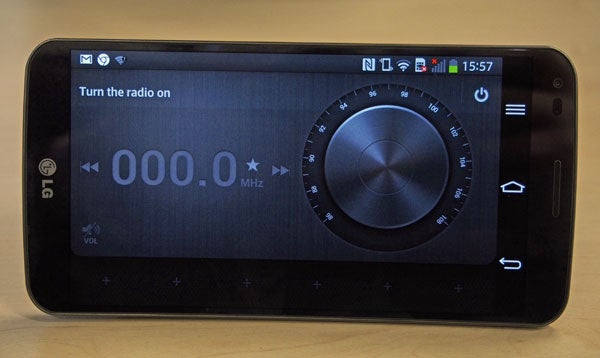 Like Samsung’s large-screen phones, the LG G Flex also offers some ways to make use of – and help with – the large screen. You can split the keyboard for two-thumb typing, and run two apps on-screen at the same time.

The LG G Flex uses the same processor as the fastest Android phones of 2013 – the Qualcomm Snapdragon 800. It’s a quad-core 2.26GHz processor and the phone has 2GB of RAM.

In 2014 we’ll see phones with faster processors and more RAM, but performance is nevertheless great. In the Geekbench 3 test, it comes out with 2,245 points. It’s a decent score that beats older phones like the HTC One and Galaxy S4. It’s a way off the 2800-plus score of the Snapdragon 800-using Sony Xperia Z1 Compact, but after hearing so much about manufacturer’s turbo-boosting their phones for benchmarks, we’ve learned to take such disparities with a degree of scepticism.

It’s a powerful phone that can handle any game – albeit one that will soon be beaten by the phones of early-to-mid 2014. Snapdragon 800 is at the end of its reign as king of Android CPUs, but it’s more than powerful enough for the forseeable future.

LG G Flex as a Video and Music player

As something that has a cinema-like screen and claims to offer high quality 192kHz audio output, we decided to see how the LG G Flex fares as a media player.

Video is a mixed bag. The QuickTheatre video launcher is handy and the video player itself is pretty great. It can handle most file types including MKV and DivX. At the right distance from your face the screen’s curve starts to make some sense, too. At around 30cm it’s a pretty immersive, face-filling surface.

However, the screen issues do take the shine off of what would otherwise be a cracking mobile video player. It’s not the resolution that matters here but the weird screen texturing problem. If you manage to delude yourself it is film grain you might be happy, but to our eyes it spoils the effect of any good-quality video.

The G Flex fares a bit better with music. The internal speaker isn’t hugely beefy, but does offer reasonable treble tone. And when the phone is laid ‘flat’, the area between the surface and the Flex’s curve amplifies the sound making it significantly louder. 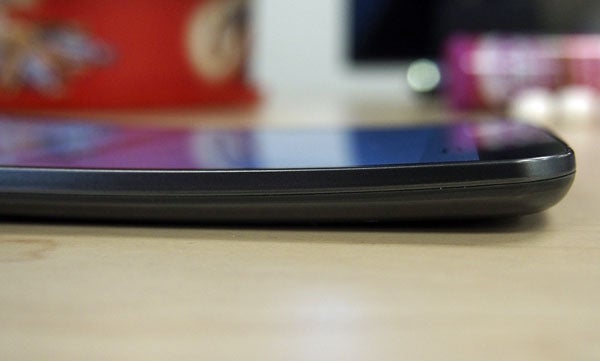 You wouldn’t want to use the Flex as a regular mini speaker, but for listening to music or internet radio while you’re cooking or doing the ironing, this reverberation effect is a big plus.

Plug in headphones things get a bit more serious. Audio output is extremely clean, and top volume is good. The G Flex comes with a reasonable entry-level pair of IEM earphones too – the LG QuadBeat 2.

The LG music player app also supports FLAC – a must for any device that wants audio cred. We tested a few 24-bit 192kHz files and, as LG claims, they work fine. Plenty of third-party audio player apps can provide this for just about any Android phone, though, so selling it as a key feature of the phone is perhaps a bit much. The Snapdragon 800 processor has its own DAC so hardware-wise the G Flex doesn’t have any bespoke hardware to shout about. Audio quality should be much the same as any Snapdragon 800 rivals.