There’s so much to cover on the tech and reasons behind the curved screen of the LG G Flex that it’s easy to forget about everything else. It’s far from the phone’s only notable design asset, though.

Like the LG G2, this is a phone with no physical soft keys on the front and zero controls on its edges. All the buttons are placed on the back, just below the camera lens. 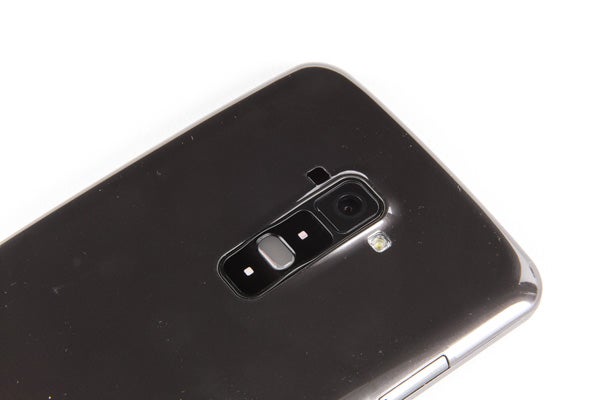 When we first used the G2, we found the rear controls hard to get on with. However, they’re fairly well implemented here and do make ergonomic sense given the huge size of the 6-inch G Flex.

Here’s the rub – your index finger has greater reach than your thumb. We found the three volume and power buttons easy to reach without stretching, where side-mounted controls would have to be placed half-way down the phone’s body to be remotely accessible.

The design of the buttons has had some thought put into them too. There’s clear, well-defined contouring to make blind use easy, and they all have a clear, clicky action so there’s no mistaking whether you’ve pressed one or not. 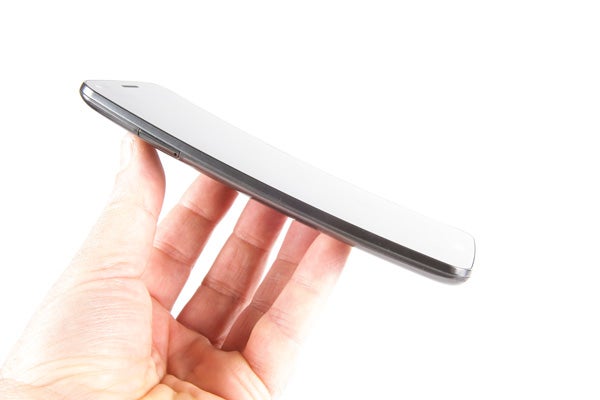 In a smaller phone like the LG G2, we find side-mounted controls a lot easier than the rear ones used here. However, in a giant mobile like this, they mean LG hasn’t had to radically change where they sit (compared to the G2). It works, surprisingly enough.

There is still a learning curve to crawl over, but that’s only to be expected of something as muscle memory-related as a button you press up to dozens of times a day. You can also turn the phone on from standby by tapping the screen twice if you don’t get on with the rear control.

Other parts of the G Flex’s hardware are placed in much more conventional locations. The microUSB socket sits on the bottom next to the headphone jack. The call and noise cancellation mics are on the bottom/top and the SIM tray is on the left edge. It’s a microSIM slot, not the tiny nanoSIM used by phones like the iPhone 5S and Motorola Moto X.

There is no memory card slot, and you have no access to the phone’s insides. However, the 32GB of internal storage (22.83GB accessible) is pretty generous and we’re not surprised LG doesn’t want people fiddling about with the curved battery inside the phone. 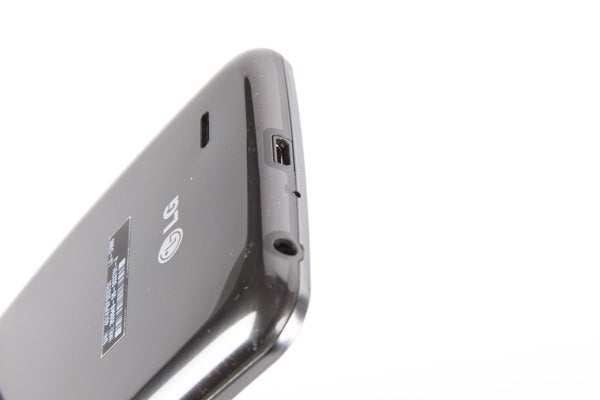 The G Flex’s other big talking point is a self-healing back panel. Instead of a normal plastic top layer, there is a thin layer of resin covered by a protective film that can make scratches invisible – or at least less visible – after a short period.

It is pretty effective at reducing the appearance of light scratches caused by coins and keys in your pocket. After a few minutes’ rest after being lightly abused with a few coins, there was no sign of any damage – despite the scratches being initially quite clear.

However, any serious scratches will cut through the protective layer entirely – there’s no chance of healing such damage. And, by LG’s own admission, the protection will start to lessen after a while. 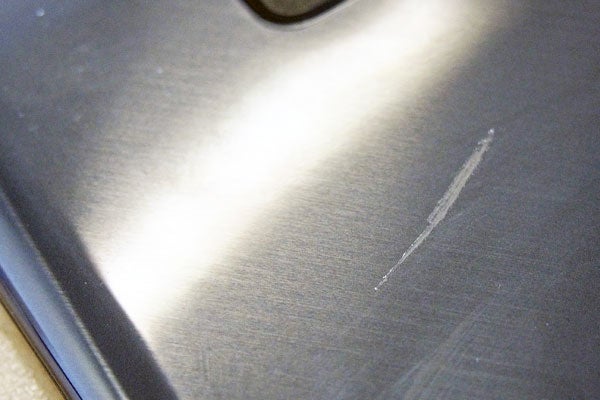 Like the curved screen, it’s a neat tech demo but hardly something we think is a killer unique selling point. And we’d argue that colour-saturated polycarbonate, as used in Nokia’s top Lumia phones like the Lumia 1020, may age better anyway.