If you’re thinking of buying the 55UH770V for its HDR abilities, you need to think again. Its HDR pictures are arguably the worst I’ve seen, and that’s saying something in a year where many TVs have come a cropper at HDR’s bright, colourful hands.

The core reason for this is the 55UH770V’s inability to deliver anything approaching a proper black colour without working its local dimming far too hard. During dark shots the dimming system causes incredibly distracting, full-screen-height vertical bars of light to appear around even slightly bright areas.

These bars are especially distracting if what you’re watching uses a wider aspect ratio than the screen’s 16:9 (most films do), and if bright objects are moving around in the picture. But even with relatively static, screen-filling HDR footage, the issue is visible to a pretty much unwatchable degree. 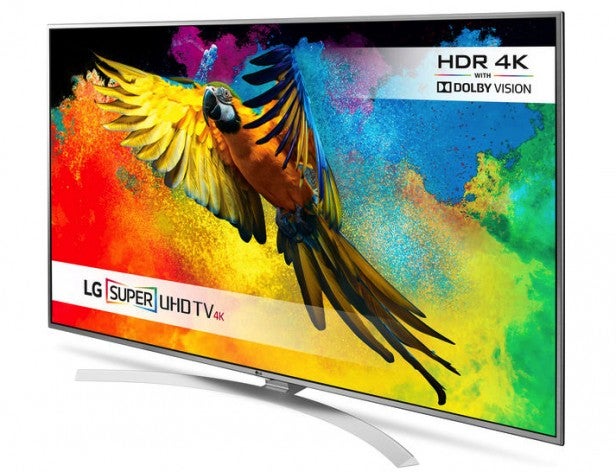 Removing the local dimming also reveals pretty obvious light “jets” coming into each of the image’s corners. I’d even argue that without local dimming in place the picture doesn’t truly look HDR any more, because there’s no effective dark half to the HDR light spectrum.

The grey mist hanging over dark parts of the picture also means that shadow detail in dark scenes is squeezed out of the image, and that dark colours look less intense and natural than bright ones.

Note that the many problems I’m talking about here are visible even using the standard HDR setting. Shift to either of the brighter HDR10 playback options and the distractions become even more unpleasant.

Feeding the 55UH770V Dolby Vision from a USB stick or Netflix’s Marco Polo series produces significantly more watchable results – mercifully. Dolby Vision combines dynamic metadata that instructs a TV on how best to handle HDR sources on a scene-by-scene basis, with an attempt to optimise pictures for the screen you’re watching. The result on the 55UH770V is a much less bright HDR image with Dolby Vision, caused by the backlight defaulting to 50% ,rather than the 100% adopted for HDR 10. 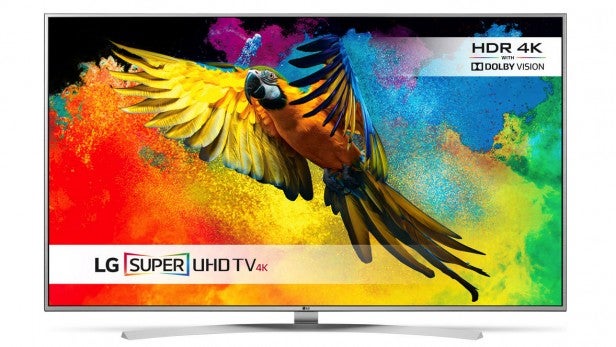 Saying the 55UH770V’s Dolby Vision images look better than its HDR10 ones is damning with faint praise. The Dolby Vision’s lack of raw punch is striking versus many rival HDR TVs, and while backlight issues are less obvious, they certainly don’t disappear.

This TV’s HDR performance isn’t totally without merit, though. The screen delivers a rich and natural colour palette, for instance. During bright scenes at least, it leaves you in no doubt that you’re watching material that’s using wide colour spectrum technology. There’s enough subtlety in the colour toning, too, to enhance the clarity and detail of native 4K content.

However, the 55UH770V does join a number of other recent TVs in exhibiting distracting amounts of colour-striping noise when playing Ultra HD Blu-rays from Panasonic’s DMP-UB900 UHD Blue-ray deck. The fact that this issue doesn’t appear if you switch to an Xbox One S or Samsung UBD-K8500 UHD deck suggests that the TV is struggling when handling the 12-bit (rather than 10-bit) output of which the UB900 is capable.

The 55UH770V’s strong 4K sharpness is helped by some decent motion handling. This sees relatively low native levels of judder and blur easily handled by even the lowest power setting for LG’s motion processing. The 55UH770V does suffer with frustrating “pauses” in the image, however, which can be distracting during action scenes.

The 55UH770V is much more watchable with SDR content than it is with HDR. Having much less brightness to deal with means the local dimming system can do its work without creating such glaringly obvious backlight problems. Especially if you reduce the backlight heavily, at least in dark room conditions.

Black levels look more convincing (although are still below average) in SDR mode, since there’s less light to manage, and the corner “jetting” issue can also be tamed.

It would be nice if you could run the 55UH770V’s SDR images more brightly, though. Plus, the 55UH770V’s local dimming system is still more distracting in this mode than such systems in many other TVs.

There’s mixed news regarding the 55UH770V’s input lag – the time it takes to render image data received at its inputs. In Game mode, it suffers only around 30ms of input lag, which is a perfectly decent – if not class-leading – effort. However, LG doesn’t currently offer an HDR Game mode, so the amount of lag increases to a much less satisfactory 66ms if you’re playing an HDR game.

The 55UH770V’s sound system is much more consistently satisfying than its pictures. It produces a large soundstage that’s full of depth as well as width, and handles high volumes without distortion or cabinet rattle. There’s a reasonable amount of bass rumble to underpin things too, although this doesn’t sound forced or overwhelming.

Voices sound clear and well contextualised in their surroundings. Treble detailing is a little suppressed, but at least when trebles do appear they aren’t harsh – even at high volumes. Finally, the sound enjoys good attack and clarity considering there aren’t any forward-facing speakers.

I’m struggling to find many compelling reasons to buy a 55UH770V. I guess it’s pretty cheap for a 55-inch UHD TV equipped with a strong smart TV system and HDR playback. However, major contrast issues make that HDR playback look seriously ropey, while even its SDR performance is only average.

The Panasonic 58DX750 offers far more satisfying all-round images and three inches more picture for around the same money. The Samsung UE49KS8000 will also offer up a truly spectacular HDR image for the same sort of price, provided you can live with a picture that’s six inches smaller.

While the 55UH770V’s attractive price and eye-catching good-looks might be seductive, its picture quality is at best average, and at worst alarmingly poor.