The 50-inch TX-50DX750 is the first model I’ve tested from Panasonic’s 2016 selection of TVs. At £1,299, it sits in the middle of the 4K/UHD range, below only the DX902 flagships and boldly designed DX802s. As well as carrying a native 4K resolution, it supports the new high dynamic range (HDR) format and Panasonic’s Firefox Smart TV interface.

Video: Trusted explains all you need to know about TVs

While the TX-50DX750 doesn’t boast the design flare of the easel-based Panasonic TX-50DX800 series I’ve previewed, it still combines a sharp, crisp look with a sprinkling of innovation.

The “sharpness” can be seen in the form of its extremely slim, angular design and its impressive metallic-looking light silver finish. The innovation comes from the “switch” leg design, which allows you to configure its two metallic desktop feet in no less than four different ways.

For starters, they can be attached right at the screen’s edges or close to the TV’s centre, depending on your preference and the width of the furniture on which your TV will sit.

But you can even choose which way round the feet are attached, forming either a near-complete half circle at the front of the TV with a subtler, straighter look to the rear, or vice versa.

Obviously, we’re not talking about a truly bespoke TV design solution here, but any sort of aesthetic flexibility is welcome at the TX-50DX750’s relatively mainstream (for a 50-inch 4K HDR TV) price point.

Connections on the TX-50DX750’s slim rear are pleasingly numerous. To begin there are four HDMIs, two of which are compatible with 60/50Hz 4K playback and the HDCP 2.2 protocols necessary for handshaking with modern 4K sources. There’s built-in Wi-Fi for accessing either multimedia stored on networked devices or Panasonic’s online services, plus three USBs for playing multimedia from USB storage devices or recording from the built-in Freeview HD tuner to a USB hard drive.

The TX-50DX750’s smart features are built on essentially the same Firefox operating system Panasonic introduced to such great effect in 2015.

Sensibly, Panasonic has decided to change very little about the Firefox OS. However, in the coming weeks it will apparently be introducing new ways to discover web apps and save them to your TV, while also offering a new “Send to TV” feature that will enable you to more easily share web content from Firefox for Android to a Firefox OS TV.

I was pleased to see that the 4K-capable version of Netflix and Amazon’s streaming apps are present and correct, and that the Amazon app plays Amazon’s HDR shows too. This suggests that the TX-50DX750 will play Netflix’s HDR streams when they eventually begin, although Panasonic doesn’t yet feel able to provide 100% confirmation of Netflix HDR compatibility. 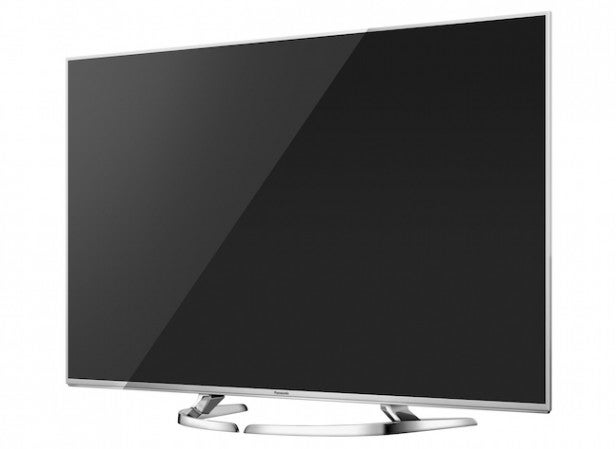 Note that the TX-50DX750 doesn’t support Dolby Vision HDR, so it won’t play Dolby Vision streams from Amazon or Netflix, sticking instead to the standard HDR 10 streams.

One last key smart feature of the TX-50DX750 is its support for Freeview Play. This lets you access on-demand, catch-up TV content from all the main UK broadcast TV channels using a simple electronic programme guide (EPG) interface. With it you can scroll back through shows you’ve missed, as well as forward to upcoming programmes. This really is a neat addition for UK consumers.

The TX-50DX750 has a pretty potent set of picture specifications for a £1,300 4K HDR TV. Admittedly, its LCD panel is lit by an edge LED array rather than the direct system that might have delivered the ultimate HDR experience. However, there is a degree of local dimming driving the edge LED engine to help it hopefully deliver the sort of localised lighting HDR pictures really need.

Panasonic has also managed to fit the TX-50DX750 with one of its powerful new Studio Master HCX video processing engines, complete with fine-tuning by Panasonic’s renowned Hollywood Laboratory.

This engine extends its tendrils into pretty much every part of the TV’s picture performance – and, as ever with Panasonic’s high-end TVs, its focus is on generating “accurate” pictures that should look as the director or cinematographer intended.

Another part of the TX-50DX750’s processing engine claims to deliver a pseudo-1,800Hz motion performance to ensure the screen’s 4K clarity doesn’t break down when there’s motion in the frame.

The fact that the TX-50DX750 supports only an 8-bit colour depth, rather than the 10-bit recommended for HDR playback, raises a question over whether the TV will really be able to deliver HDR pictures as directors intended them to look. However, Panasonic’s colour processing in recent years has been excellent, so the Studio Master HCX engine may be able to at least minimise the impact of the missing 10-bit support. 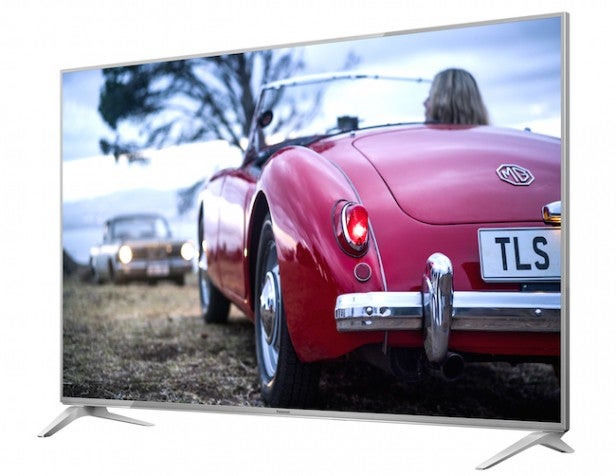 The lack of 10-bit colour depth precludes the TX-50DX750 from being able to claim compatibility with the Ultra HD Premium set of HDR recommendations introduced in January. Neither does the screen hit Ultra HD Premium’s 1,000-nit brightness requirement.

While this may prevent it from delivering a “pure” HDR performance, its combination of wide colour gamut phosphors and ultra-bright LCD panel design should still yield a clear HDR experience. In fact, the decision not to drive its edge LED array all the way to 1,000 nits may turn out to be a sensible one, given the difficulties involved with accurately controlling such lighting systems at such luminance levels.

A couple of final features worth mentioning are colour and contrast remastering processes designed to give standard dynamic range sources an HDR face lift if you so desire, and 3D playback.

Support for 3D is something of a rarity now that Samsung and Philips have both decided not to build 3D into their 2016 TVs. Note, though, that Panasonic doesn’t supply the necessary active shutter 3D glasses in the box, so you’ll need to factor in the cost of them with the TV.

The TX-50DX750 guides you through the initial setup stages with aplomb. It runs a short but effective interactive demo sequence to help you find your way around the Firefox operating system, even though Firefox is in fact so intuitive that you’ll require only need a bare minimum of help to learn the ropes.

Getting the best out of the TX-50DX750’s pictures is a more complicated process, however. This is in part due to the huge roster of picture setup tools included, and also because optimising the set’s HDR performance throws up a few tricky challenges.

One thing to get clear right away is that, unlike Samsung’s 2015 HDR TVs, the TX-50DX750 doesn’t dictate the picture settings it uses for HDR. It does instantly adjust each of its picture presets when it detects HDR – in particular, backlight and contrast are both pushed up to 100% – but you can change any setting you like. I’d suggest that there are a number of adjustments you may wish to make, beginning with the picture preset you use. 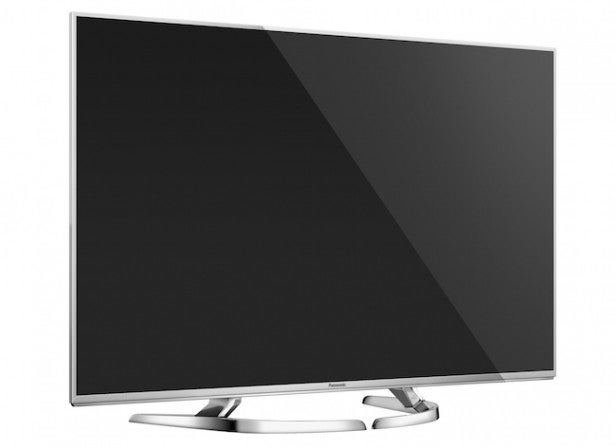 Each preset delivers quite a different HDR experience, although the only two that I really found myself torn between were Normal and True Cinema.

True Cinema is confirmed by Panasonic’s engineers as giving the most accurate HDR image, while the Normal setting in its default state boosts colours with a Vivid Colour option and “colour remaster” processing. AV enthusiasts will prefer True Cinema, but I suspect that many more regular users will be unable to resist the extra colour saturation provided by the Normal HDR setting.

Having selected your preferred preset, there are various other settings I suggest you tweak. For instance, turn off all noise-reduction processing if you’re watching a 4K source, or even a good-quality HD one. Don’t use the Colour Remaster setting higher than its Minimum setting – or don’t bother with it at all. Similarly, make sure the Intelligent Frame Creation feature isn’t set higher than Minimum if you don’t want images to suffer with distracting processing side effects.

The most complicated area of adjustment concerns the TV’s backlight. For reasons discussed in the performance section of the review, it’s pretty much impossible to achieve a perfect backlight set up for HDR.

My own view is that you’ll get the best HDR results if you set the Adaptive Backlight to Low, the backlight to around 88, and the contrast to around 95. Setting the backlight substantially lower reduces the backlight consistency issues I’ll talk more about later, but also makes pictures look much less “HDR”.

When watching standard dynamic range content, things are more straightforward. Simply reduce the backlight much more – to below its 50% level – to resolve the backlight issues without leaving the pictures feeling too low on brightness.