The 55UH770V is a 55-inch LCD TV equipped with a native UHD resolution, an ultra-bright panel and HDR playback support. It’s the first LCD – rather than OLED – TV we’ve seen that supports Dolby Vision HDR alongside the HDR10 standard. Add in LG’s brilliant webOS smart TV system and the £999 price starts to look seriously good value. Right up until the point where you switch it on…

Although inevitably no rival for the astonishing beauty of LG’s OLED TVs, the 55UH770V is still a handsome screen. Its distinctive mid-silver colouring and the metallic sheen of its screen surround and stand create an opulent feel that belies its £999 price. It feels reassuringly weighty and robust too, despite measuring a fairly svelte 1,239 x 53.8 x 717mm (WDH).

As with all of LG’s premium TVs these days, the 55UH770V ships with a Magic remote control. The supposed “magic” bit is that it lets you control the TV simply by pointing the handset at roughly the correct part of the screen and pressing select. There’s also a vertical wheel at its heart for faster navigation through scrolling on-screen menus.

The point-and-click option is usually an instant hit with technophobes who struggle with traditional remote control designs. However, user friendliness is hampered by the way the on-screen cursor moves only relative to your hand movements, rather than appearing exactly where you’re pointing.

The general button layout isn’t that intuitive, either. In particular, the Home button should be more prominent, and it’s a shame that LG hasn’t secured the right to implement a dedicated Netflix button. 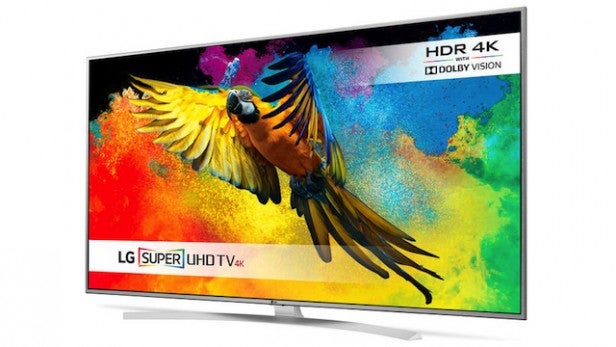 The 55UH770V’s connections are decent enough in the context of its price. Its three HDMIs are all enabled for HDR 4K playback, and it also includes three USBs for multimedia playback or recording to HDD from the TV’s Freeview HD tuner.

It supports Wi-Fi and wired network connectivity, letting you stream from DLNA-enabled networked devices or to access LG’s online content. This online content includes Now TV, the HDR and 4K-enabled versions of Netflix and Amazon, and all four of the UK’s main terrestrial catch-up TV platforms delivered within the “Freeview Play” wrapper.

The 55UH770V is one of LG’s self-styled “Super UHD” TVs, meaning it combines a native 4K resolution with an ultra-bright panel and support for both HDR10 and Dolby Vision HDR formats. Currently, LG remains the only brand in the UK to offer TVs with Dolby Vision support.

LG describes the 55UH770V as an “IPS 4K Quantum Display”, which raises expectations that it uses Quantum Dot technology to produce its colours, as do Samsung’s high-end LCD TVs.

However, this isn’t the case. In fact, “IPS 4K Quantum Display” is, to quote LG, “the latest IPS technology that improves quantum-effect efficiency of the light source, which is different from Quantum Dot display technology.”

As well as not really having a clue what that statement means, adding Quantum in the technology’s name feels a little dubious when more effective Quantum Dot technology is out there, and more widely known about than “quantum-effect efficiency”.

Unlike LG’s 2016 OLED TVs, the 55UH770V doesn’t have the necessary specifications to earn the Ultra HD Premium badge for HDR performance. It ticks the 90% of Digital Cinema Initiative colour spectrum box, but its use of an IPS-type LCD panel means it can’t hit the necessary contrast/black level targets. 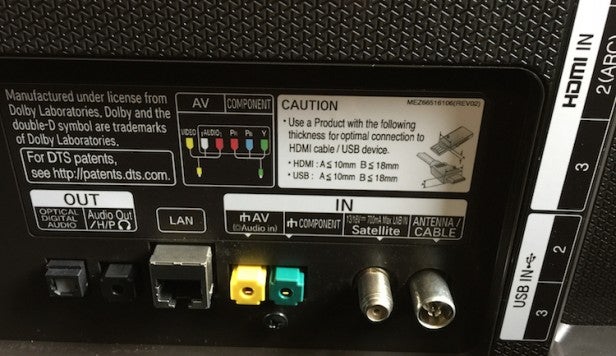 The 55UH770V’s lighting comes courtesy of an edge LED system with local dimming, meaning that different clusters of lights can output different light levels to suit the image.

Smart features and content selection are handled through LG’s webOS 3.0 smart TV interface. This interface remains for me the most intuitive and friendly smart system in the TV business, thanks to its colourful graphics, economical use of screen space, and slick responsiveness.

Surprisingly, the 55UH770V doesn’t offer 3D support. LG does still deliver 3D on TVs higher up its range, but if 3D in the home was still the force it used to be, it would surely have been supported by the 55UH770V too.

Initial installation of the 55UH770V is very straightforward – fun, even – thanks to the assistance of LG’s cute “Bean Bird” animated character. Things become more difficult as you try to find a way to make the 55UH770V’s pictures look decent.

The best advice I can offer is as follows. When watching non-Dolby HDR, first set the local dimming to high. Also, activate the Dynamic Contrast system and slash the backlight setting to below its 50% level. 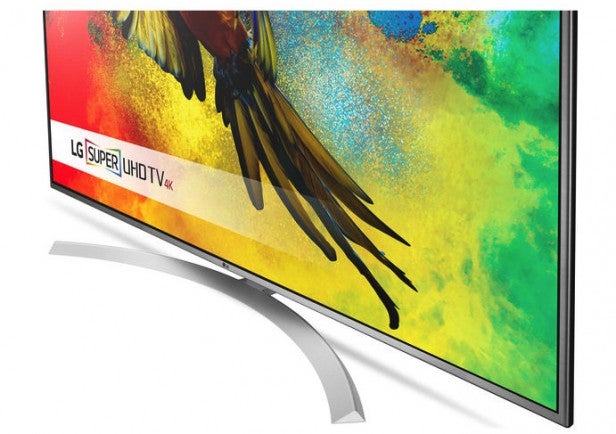 Thankfully, things are easier when it comes to Dolby Vision HDR and standard dynamic range content. The Dolby Vision native presets are more sensible than those the TV chooses for HDR10 playback, and can be left untouched.

For standard dynamic range footage I’d suggest reducing the backlight to as low as 30-35%, since this reduces the black level issues but without the image looking unnaturally flat and lifeless. With the backlight set so low, you can also use the local dimming on its lowest power setting without it causing as many distractions as it does with HDR content.

Further general tips are that you turn off noise reduction when watching Ultra HD and good-quality HD content, and that you use the TV’s motion processing on its Clear mode or the Custom mode, with the judder and blur components set to three or four.