If you fancy getting your hands on Samsung’s mostly excellent 2016 TV tech but don’t like curved screens, the UE49KS8000 is for you.

Its 49-inch screen is resolutely flat, and while it falls slightly short in specification terms of Samsung’s premium KS9500 models, it’s still one of Samsung’s “SUHD” TVs and so meets the requirements of the Ultra HD Premium standard. In fact, it’s essentially a flat version of Samsung’s impressive KS9000 series.

Add in the latest Tizen-driven smart TV system and new HDR “upscaling” and the UE49KS8000 makes its £1,300 price look like good value.

Although it’s a pain to assemble, the pay-off is that the UE49KS8000 looks pretty gorgeous. The way the 1,094 x 636mm screen sits low above a silver boomerang-shaped stand gives it an airy, floaty feel. This is backed up by a super-thin bezel given added panache by a glinting metallic trim.

Although the slender 42.5mm-deep rear is made of plastic, it’s attractively finished with no ugly rivets or grilling. Although this only really matters if you often look at your TV’s rear, which I suspect most of you won’t.

The UE49KS8000 ships with two remote controls: a remarkably button-light “smart” design, and a more bog-standard, button-laden affair. The smart remote is initially a little daunting in its sparseness, but stick with it and eventually using it starts to feel like second nature. If you really can’t cope with that level of simplicity, though, there’s really nothing wrong with the standard remote, which is more ergonomic than it looks.

The UE49KS8000’s star turn is its ability to deliver native UHD and Ultra HD Premium HDR pictures. It does this via an edge LED lighting system capable of getting above 1000 nits of brightness, while retaining a strong contrast performance courtesy of local dimming. Local dimming, if you’re not familiar with it, enables different sections of the edge LED lighting to output different light levels to suit the picture you’re watching.

The 49KS8000 uses Samsung’s proprietary take on Quantum Dot technology – impressive for the UE49KS8000’s price point. The result is that it covers around 96% of the so-called DCI-P3 colour range used in digital cinemas, and around 70% of the BT.2020 colour range used for HDR video. This makes the UE49KS8000 ready, willing and able to handle the wide colour spectrums that accompany all the current HDR sources.

Smart features on the UE49KS8000 are provided through the second generation of Samsung’s Tizen TV interface. This is easy to customise and doesn’t take up too much of the screen. Its structure has been greatly simplified this year, too, by the addition of a second tier of icons that provides contextual links based on the selection you’ve made from the bottom tier. 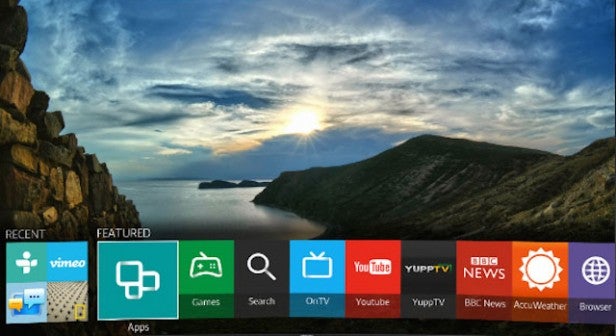 Samsung seems to have trimmed the number of apps and services available on its smart TV platform this year – which is no bad thing actually, as it lets you get to the good stuff more easily. Highlights include 4K and HDR versions of Netflix and Amazon, plus BBC iPlayer and ITV Player.

Strangely, there’s no sign of the My5 or All4 catch-up apps, despite Samsung supporting these platforms on previous TV generations. Hopefully the Korean company can get them on board soon or follow Panasonic, Sony and LG in integrating either the Freeview Play or YouView platforms into its TVs.

The UE49KS8000 features a long list of picture-processing tools, as you’d expect from such a high-end TV. These include noise reduction, motion enhancement, colour enhancement, and multiple strength settings for the Smart LED local dimming engine.

The UE49KS8000 is pretty easy to set up for standard dynamic range content. I’d recommend its Standard preset for typical TV viewing, although some people will want to switch to the more accurate Movie mode for, well, movies.

Do remember to turn off noise reduction for any 4K sources, though. Also, as a general rule I’d recommend either turning off the Auto Motion Plus motion processing system or else choosing its Custom setting and setting both the Blur and Judder reduction components to three or four.

Don’t forget to activate the Game setting in the Special picture mode menu section when gaming. The Game mode can now be selected when gaming in HDR, too.

The Special picture sub-menu also contains an option called HDR+ that injects more brightness and colour into standard dynamic range content. This won’t suit everyone, but I’d recommend you at least give it a try, as it works surprisingly well. 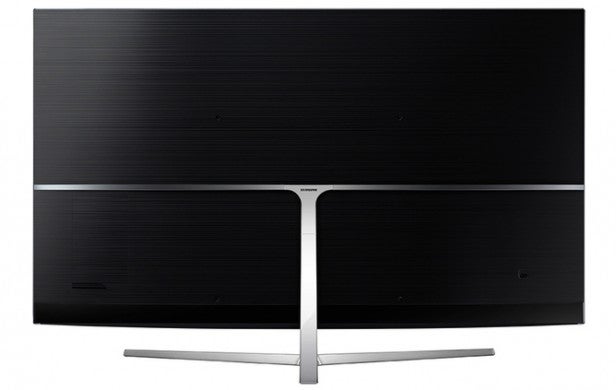 With native HDR sources the setup is more complicated. The TV does still automatically adjust many of its settings as soon as it detects an HDR source, and defaults to the Movie preset. However, Ultra HD Blu-ray HDR pictures can suffer with colour striping if you don’t switch the Dynamic Contrast setting to at least its Medium setting when using the Movie mode.