Intel’s Pentium brand started life at the top of the market, but now it’s used for budget chips like the N3520 inside the Lenovo.

This Pentium uses the same architecture found inside Intel’s latest Atoms – but it’s got a 7.5W TDP; far higher than the 2W Atoms, but behind the 11.5W TDP of ultra-low power Core i3 and Core i5 parts.

The rest of the Pentium’s specification is similarly mid-range. Its four cores aren’t Hyper-Threaded, and run between 2.17GHz and 2.42GHz. This chip has Intel’s low-end HD Graphics unit that’s based on Ivy Bridge architecture rather than Haswell’s new silicon. 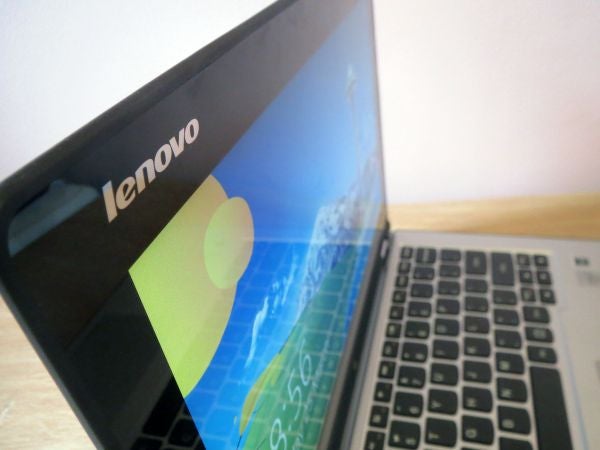 The Pentium can’t compete with the Core i7 chips included in Sony, and it’s a similar step down from the Core i7 part used inside last year’s Yoga.

The Lenovo improved in GeekBench, where it scored 3,395. That’s behind most hybrids, but better than the 3,131 of the Toshiba.

There’s no room for an SSD in Lenovo’s budget, so the Yoga has a 500GB hard disk. It’s got the space advantage over other hybrids, but its sequential read and write results of 103MB/s and 81MB/s are average, even for platter-based hardware.

The weak processor and sluggish hard disk contribute to middling performance. We had no issues running the Windows 8.1 Start screen, and we ran games and apps from the Windows Store successfully. Desktop mode loaded quickly, and the CPU’s four cores meant we ran less demanding applications simultaneously: Word, Chrome and Spotify didn’t give us any trouble. High-end work software took a long time to load and was sluggish in use, though, and the Lenovo’s 33s boot time was poor – although that dropped to a better 19s with Windows 8’s Fast Startup activated.

This is no machine for high-end gaming, either. The Lenovo scored 21,438 in 3D Mark’s Ice Storm test, which is just over 13,000 points behind the Toshiba, and it was behind the Sony in almost every other test. 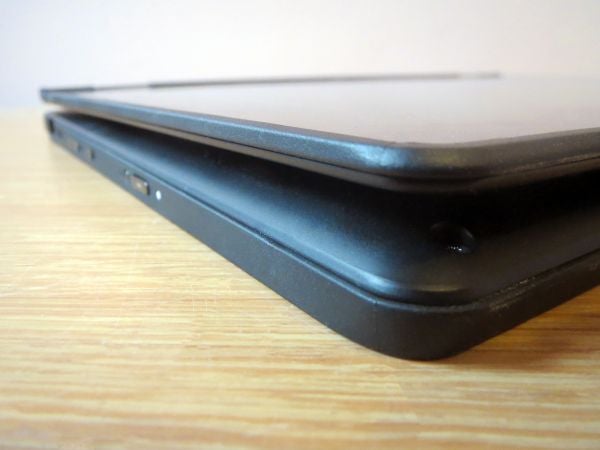 The Pentium might be slow, but it’s efficient – and that means good thermal performance. The N3520’s idle and peak temperatures of 45°C and 74°C are fine, and we barely heard the Yoga’s fan even with our ear up against the case. The heat is dissipated well, too; while the base and keyboard got a little warm, it’s not uncomfortable. 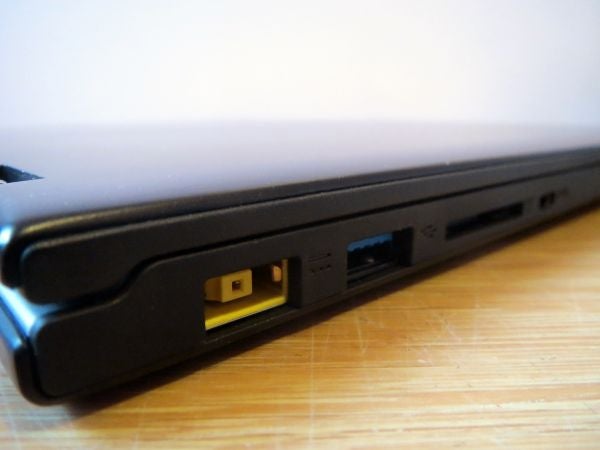 The Lenovo lasted for 6hrs 25 minutes in our PowerMark test. That’s a mediocre result: the Sony lasted for a mighty 10hrs 38 mins away from the mains, and the Toshiba W30t scored 7hrs 43 mins. Only one recent hybrid was poorer, with the Toshiba Z10T running out of juice after just 4hrs 46mins.

The Lenovo’s battery life is impressive for a £500 laptop, but it’s deeply average by hybrid and tablet standards – it’ll only last a full day away from the mains with Power Saver mode turned on and the screen’s brightness turned down. After thirty minutes of charging it had enough juice for 1 hr 44mins of use – another mediocre result.