Used in Intelligent Auto mode the EX515BEK offers Area, Face and Colour tracking options, along with JVC’s unique Pet tracking mode that enables you to keep your favourite animal in focus and properly exposed as it moves around the frame. In addition there are auto ‘Gain Up’ and ‘Auto Slow Shutter’ options for improved performance in low light. If these aren’t quite up to the task then the EX515BEK also offers a modest built-in video light. 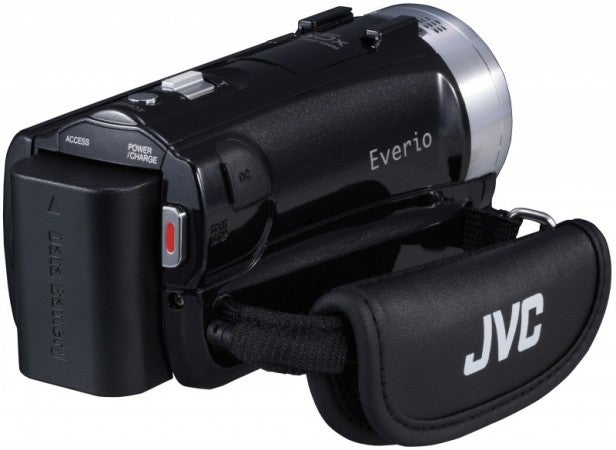 Switch over to Manual mode and quite a few more options appear, however the Scene modes are rather limited, consisting only of a Nightalive low-light mode and Spotlight. In addition to the usual Automatic and Manual options other White Balance presets include Sun, Cloud, and Indoor Lighting, capped off by blue and green Underwater options.

You can focus manually using an on-screen slider, while a Tele Macro mode lets you get even closer to your subject. The EX515BEK also comes with advanced backlighting compensation, however there’s no direct control over shutter or iris, so here the EX515BEK falls behind more expensive competitors from Panasonic, such as the HC-V520, and even the cheaper HC-V100, although it does have its own features to make up for this.

Amazingly, despite the EX515BEK’s low price, it still manages to incorporate some wireless functionality. This allows you to control the camera remotely using either a free app for Android and iOS mobile devices, or via a web interface from a desktop computer. Controlled this way you can operate the zoom, toggle record, and browse the memory contents. The camcorder can be hooked up to an existing wireless network, or you can configure it as a standalone access point, although this won’t provide internet access.

You can also monitor the camcorder from outside the local network using a Dynamic DNS service, and send video mail either manually or automatically when motion is detected. JVC has added a couple of features since the last generation, including the ability to send a live stream to a TV. However, not included is the connectivity with USTREAM found in the ADIXXION GC-XA1BE.

The EX515BEK also sports more enthusiast features than you would normally expect to find at this price. This includes a standard-sized accessory shoe on the top of the camcorder, along with a minijack for an external microphone. The AV minijack also doubles as a headphone output, so you can monitor audio levels on the fly. There’s even a modest audio level control to be found in the menu system. 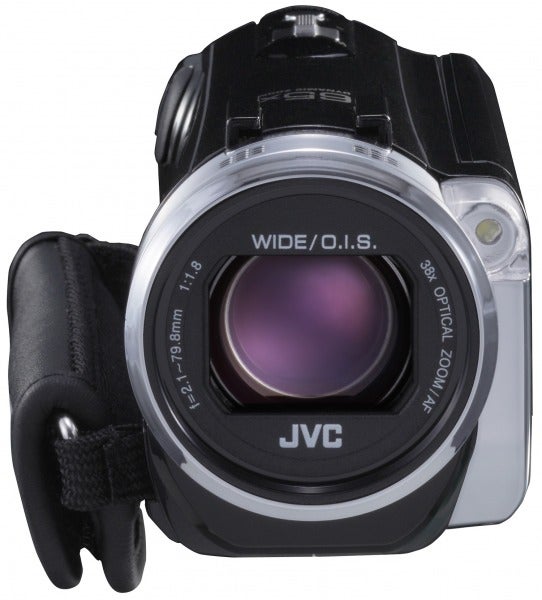 Although the EX215 showed decent performance, the EX515BEK offers clear improvements in a number of areas. In good light, colour fidelity is about the same, however there’s a little more detail if you look closely. The most noticeable improvement, however, is in low-light use. Not only does the image remain bright to a lower level of light, but more importantly the grain is also finer.

Verdict
The JVC GZ-EX515BEK offers an impressive feature set at a surprisingly low price. Image quality is good, however it’s the breadth of features that mark the GZ-EX515BEK out. It incorporates the latest version of JVC’s Wi-Fi connectivity, a host of creative options, and even an accessory shoe and microphone input. The only missing features are independent shutter and iris control. Overall though, for less than £300 it’s a capable and well-rounded camcorder.