You’ll doubtless have noticed that we’ve cunningly avoided explaining
the 4K point raised at the start of the review. Let’s put
that right now.

The key point is, the JVC X75 is not a 4K projector. Its imaging devices only use 1,920 x 1,080 native resolutions, and it can’t take in 4K source images. However, thanks to proprietary e-shift 2 technology it’s able to deliver a 4K (or rather, 3,840 x 2,160, to be precise) pixel density by passing images through two separate full HD imaging devices, one set half a pixel up and to the side of the other.

The resulting image isn’t having pixels of completely new information added to it, so it’s not a true 4K image. But as we noted with the JVC DLA-X55, the difference this system can make in terms of how much brighter, richer, more nuanced and sharper the image looks has to be seen to be believed. And we have high hopes that the better optics in the JVC DLA-X75 might make e-Shift 2’s capabilities look even more striking.

If you’re interesting in knowing more about 4K TV, meanwhile, we recommend you read: What is 4K TV? 10 reasons why you should care.

It’s great to see during an exploration of the X75’s menus, too, that the JVC X75 gives you a really helpful degree of control over how the 4K system works, allowing you to adjust the ‘intensity’ of the sharpening effect to suit different types of content, and/or to deliver a different type of ‘finish’. Our personal favourite was the Film setting, which seemed to deliver the best impact with Blu-ray films, but all of the 4K ‘MPC’ presets bar the over-harsh HD profile are worth experimenting with, as they deliver so tangible a boost to picture quality that it’s almost hard to comprehend. 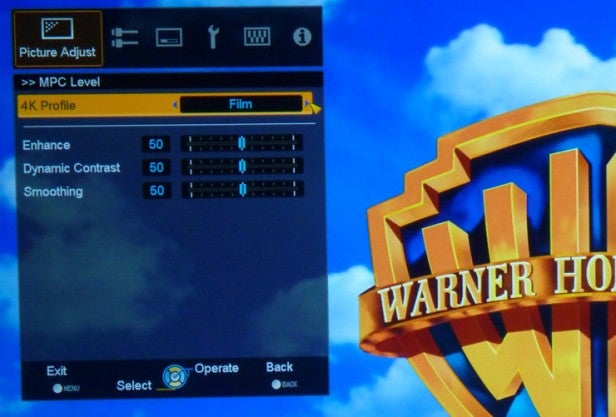 We tried a wide variety of Blu-ray, Sky HD and even standard definition sources with the X75, and in every single case the impact of the e-Shift 2 technology was profound. Pictures look much sharper, much more textured, and just more polished – all without a hint of the sort of processing artefacts you might expect to see with true 4k projectors using a more typical upscaling processing system.

If you want to prove definitively just how much of an impact the e-shift 2 system is making, try turning it off (which is an option this year). The sudden drop in sharpness and apparent detail feels akin to switching from HD to standard def, even when the source you’re watching is HD.

We can imagine image purists starting to feel rather uncomfortable at this point about the notion of the JVC DLA-X75 somehow adding more detail and sharpness to the source image.

But honestly, the way the JVC X75 does it without making the image look processed or noisy doesn’t make you feel like you’re watching a feature that’s doing any disservice to the source image whatsoever. Plus, as just mentioned, you can turn the feature off if you really don’t want to use it. 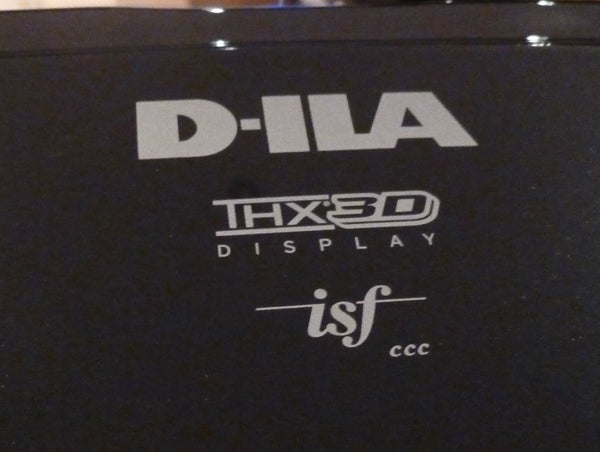 You certainly can make pictures look unnatural if you want to, courtesy of JVC’s provided but ultimately rather pointless motion processing and noise reduction facilities. Some of the provided picture presets do some rather odd things to the image’s colour palette, too. But with a little care and common sense, e-shift 2 is a remarkable asset to picture quality rather than anything you need to be suspicious of.

It should be stressed at this point that for all its remarkable accomplishments, e-shift doesn’t turn full HD images into something that rivals true 4K sources. However, with the only true 4K projector – the Sony VW1000 – costing the best part of £17,000 and native 4K sources still more or less non-existent, the JVC X75 is brilliant way of getting more out of today’s picture sources without breaking the bank.